From the Wisconsin Gazette: 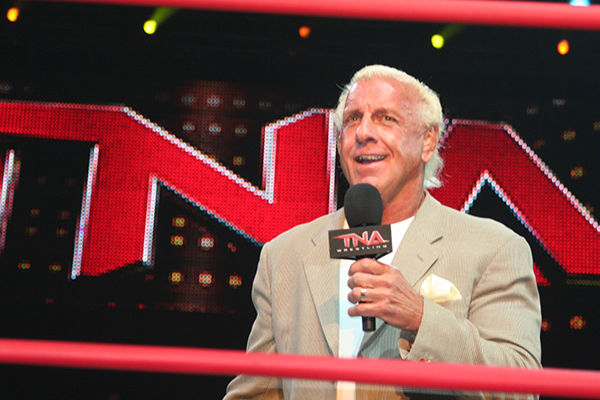 He deserves a break
Filming a documentary for ESPN’s 30 for 30, WWE star “Nature Boy” Ric Flair said he’s slept with around 10,000 women. He’s also confessed to consuming about 20 alcoholic beverages per day during his wrestling career. And he’s been struck by lightning. But after four divorces, the 68-year-old says he’s changed his ways and become a “one-woman guy” since meeting his fiancée Wendy Barlow.

The Chicago home that was used for the exterior shots of the popular ’90s sitcom Family Matters will be demolished to make way for a three-unit residence in the city’s posh Lincoln Park neighborhood.


‘Mad Pooper’ on the runs

Police in Colorado are looking for a jogger they say is interrupting her runs to defecate in public. Cathy Budde says she was first alerted to the woman — whom she’s dubbed “the Mad Pooper” — by her children, who caught the jogger in the act. Even after apologizing to Budde, the runner has left something behind at least once a week for seven weeks. Police have asked Budde to take pictures of the woman so they can try to identify her.. And the makers of Charmin recently announced that if the Mad Pooper would turn herself in, they’d give her a year’s supply of TP — for use at home.

U.S. Rep. Louie Gohmert, R-Texas, wanted U.S. Sen. John McCain to be recalled while undergoing treatment for brain cancer so Republicans could replace him with someone who supported the party’s most recent failed effort to repeal and replace Obamacare. The sympathetic Gohmert went on to say that he was concerned about McCain’s health. “Stress is a real inhibitor to getting over cancer,” Gohmert told Fox & Friends. “I think Arizona could help him, and us. Recall him, let him fight successfully this terrible cancer, and let’s get someone in here who will keep the word he gave last year.”

A recent survey finds millennial parents of Generation Alpha kids less nervous about their kids riding alone in self-driving cars than their kids driving alone. They also say if their kids want a robot pet, they would be likely to get one instead of a real pet. And, about 63 percent say they’d rather have artificial intelligence help them live independently than rely on their kids in their golden years. The survey results come from IEEE, an international technical professional organization.

Among the hoax stories circulating in late September was a report from Breaking News 365 that Reese’s Peanut Butter Cups would be discontinued in October, just before Halloween. Not true, says Hershey’s, which makes the sweet and salty treat. A company statement said, “The only people removing Reese’s products from shelves are consumers, who are taking them home to eat.”

As CEO of the homebuilding company KB Home, Jeffrey Mezger might be one of the most powerful people in real estate. But that doesn’t give him license to hurl out-of-control slurs and threats of gay bashing at his neighbors. The board of his company slashed his bonus by 25 percent after he went on a rough, anti-gay tirade against his neighbor Kathy Griffin after she and her partner reported a noise disturbance coming from his home. The scene was captured on a security camera. Next time, the board warned, he’s out.

Young Living Essential Oils must pay a $500,000 fine, $135,000 in restitution, and make a $125,000 community service grant for the conservation of protected species of plants used in its essential oils. The Utah-based company was sentenced for Lacey Act and Endangered Species Act violations.

Harvard University recently hosted the 27th annual Ig Nobel awards for absurd scientific achievement. James Heathcoat won the anatomy prize for his research on why old men have big ears. The biology prize went to a team from Japan, Brazil and Switzerland for their discovery of a female penis and male vagina in a cave insect. A team of French researchers won the medicine prize for using brain-scanning technology to measure aversions to cheese. Researchers from Italy, Spain and the United Kingdom won the cognition prize for demonstrating that many identical twins visually cannot tell themselves apart. The winners received “$10 trillion cash prizes in virtually worthless Zimbabwean money.”