As part of the Company’s continued focus on rationalizing costs and improving efficiency, Real Alloy announced that it will cease operations at its Mt Pleasant, WI facility, which was acquired from Beck Aluminum at the end of 2016. Real Alloy expects to utilize available production capacity in nearby Indiana and Michigan facilities, and feels that shutting down the facility allows the business to better utilize production capacity and reduce overall capital needs

Previously, the Journal Times, on April 27,2015, had announced that Beck Aluminum was expanding in Mount Pleasant - that lasted 3 years:

MOUNT PLEASANT — Beck Aluminum Racine will relocate and expand to a former manufacturing plant at 7505 Durand Ave. and add 25 new jobs, the building owner has announced.


Beck, 1349 23rd St., executed a long-term lease for the 192,000-square-foot building on Durand which was previously a Bosch Rexroth manufacturing plant. Bosch closed the plant in 2002 with the loss of more than 200 local jobs.

Don't Worry! According to the Politicians, Foxconn will be different! 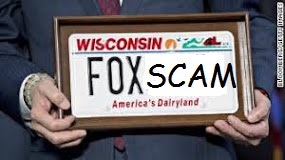 It is sad to see how many Employers come and go in Racine County. They stay long enough to enjoy the tax breaks offered by the Politicians, and after those tax breaks are gone - uproot and leave a wide path of devastated and unemployed People in their wake.

Let the last person to leave Racine County turn off the lights.