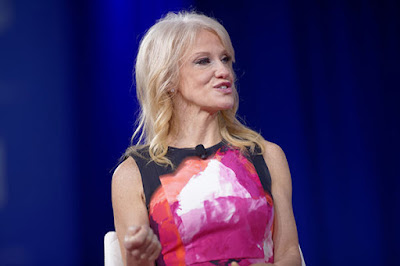 “Alternative facts” — the phrase used by White House aide Kellyanne Conway to describe the president’s position on the size of his inauguration crowd — is the “non-word” of 2017. A team of six language experts at Darmstadt University in Darmstadt, Germany, chose “alternative facts” from 684 suggestions. Each year, the panel singles out a phrase that runs counter to the principles of democracy or human dignity. Last year, the group chose the German term “Volksverraeter,” which roughly means “traitor to one’s people” and was used by far-right groups to label those with whom they disagreed.

The Ritz Carlton hotel in Riyadh, Saudi Arabia, may reopen in mid-February after serving for months as a prison for “the country’s elite caught up in what the government has described as a crackdown on corruption,” according to The Associated Press. Reservations at the Ritz can be made online for Feb. 14, but callers to the hotel receive a caution: “Local authorities might extend the hotel lockout for security reasons.” Ritz Carltons are in the Marriott family.

A Philadelphia Eagles football fan denied entry to a game for drunkenness and lacking a ticket took out his anger out on a police horse. He punched the horse in the face, neck and shoulder. The 22-year-old also struck a police officer and was arrested for aggravated assault, trespassing and taunting a police animal.

One of Chris Christie’s last acts as governor of New Jersey was to sign into law legislation banning flying a drone while drunk. The law prohibits people from flying a drone when their blood alcohol content is 0.08 percent or higher — the same as for driving a vehicle. Violations can result in six months in jail and a $1,000 fine.


She didn’t see it coming?

A self-described psychic was sentenced to 26 months in prison after admitting she failed to pay taxes on more than $3.5 million taken from a Massachusetts woman for an exorcism. The judge in Boston said the wealthy client suffered dementia and was taken advantage of by the psychic over a period of several years.

A Texas judge interrupted jury deliberations to tell jurors that God said they should find innocent a woman charged with trafficking a teen girl for sex. Judge Jack Robison said, “When God tells me I gotta do something, I gotta do it,” according to the Herald-Zeitung in New Braunfels. The jurors weren’t having it. They found the woman guilty and she was sentenced to 25 years in prison.


Not so sweet, the sound

Our Lady of Guadalupe Church in Albuquerque, New Mexico, installed a new electronic bell ringing system that prompted complaints from at least one neighbor who said the constant playing of “Amazing Grace” created a living hell. The bells were ringing about 20 to 25 times a day until the church’s priest changed the music’s start time to 8 a.m. instead of 6 a.m. He also lowered the volume.


They speak the same language

Donald Trump’s pick for chief of external affairs at the Corporation for National and Community Service resigned after CNN dug up racist, sexist, homophobic and xenophobic statements he’s made in the past. Carl Higbie characterized “the black race” as having “lax morality,” said people with PTSD have weak minds and backed the right of Americans to shoot immigrants. And, he had this to say about Muslims: “Go back to your Muslim shithole and go crap in your hands and bang little boys on Thursday nights.” It seems the word “shithole” is becoming a catchword of the Trump administration.

It’s been more than a year since Trump took the oath of office, but millions of dollars left over from his inauguration still haven’t been donated to the chosen charities. His inauguration raised a record $107 million. Now a government watchdog group wants to know where the money went. We think it’s pretty easy to figure out.

A paper cup allegedly used by Elvis Presley six decades ago in Oklahoma went up for auction, and bids on eBay quickly surpassed $1,200. Wade Jones, a North Carolina collector of all things Elvis, said the crumpled blue-and-white Dixie cup was snagged by a fan in April 1956, after Elvis performed at the Tulsa Fairgrounds Pavilion. Jones said another fan allegedly retrieved the cup “as a little memento” the day after the performance.