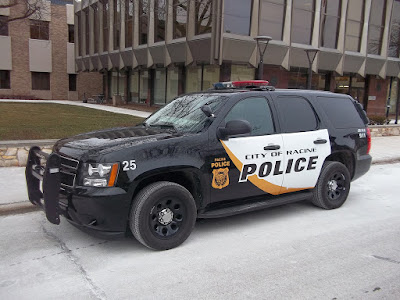 RACINE — Two Racine police officers on leave after a deadly confrontation with a suspect fleeing a traffic stop on Jan. 17 have been cleared to return to duty.

Racine Police Investigator Chad Stillman and Officer Peter Boeck were put on leave, but they “have been cleared and are welcome back to the department any time,” Sgt. Adam Malacara, public information officer for the department, announced on Wednesday.

“However, they are still dealing with this highly traumatic event and will come back when they are ready,” Malacara said. “They did what they were trained to do but hoped they never had to. It is a difficult situation to deal with.”

On Tuesday, Racine County District Attorney Tricia Hanson announced her office will not press charges against Stillman and Boeck, who were involved in a shooting that resulted in the death of Donte Shannon, 26, of Racine, in a backyard of a home in the 1400 block of Park Ave.

According to an investigation by the Wisconsin Department of Justice, the officers were informed Shannon had a weapon and some marijuana. On Jan. 17, Stillman and Boeck attempted a traffic stop on Shannon, who then got out of the car and fled on foot.

During the chase, according to the DOJ report, Shannon pointed a gun at the officers three separate times and they fired back, hitting Shannon five times.

On Feb. 5, a federal suit was filed on behalf of the Shannon family, against the officers involved in the shooting and the City of Racine. The case alleges Shannon’s civil rights were violated in the encounter that ended in Shannon’s death.


How soon before Officer Boeck kills again?
Posted by OrbsCorbs at 5:55 AM