Over 1.2 million in taxpayer dollars was advanced to Micah Waters and Porters for the re-development of the Porters building in downtown Racine. The public was informed the bank financing was in place and that Racine residents would be employed on the project. Racine advanced the money, and has absolutely NOTHING to show for it. The project is non-existent.
Ed note: The Porters Project did create a taxpayer funded hole in Downtown Racine.
The City of Racine Independently Audited Financial Report for year ending 2016 reports that TID 17 is already failing and that Taxpayers must bail it out for a cost of $26,408.  Worse yet is TID 18 – aka Machinery Row, 2016 shortfall was $7,151,988, then TID 16, aka Uptown I , whose 2016 shortfall was $278,442, while TID 19, aka Uptown II, had a 2016 shortfall of $52,074.

While the RDA is broke and operating on advances from the City in the amount of $2,736,585!

WHOOPS! Well, at least Micah Waters got to remove his property from the taxpayer rolls and keep it – while his share of taxes was shifted to those not fortunate to be the Beneficiary of a TID or Non-Profit.
It’s just the City of Racine way…. 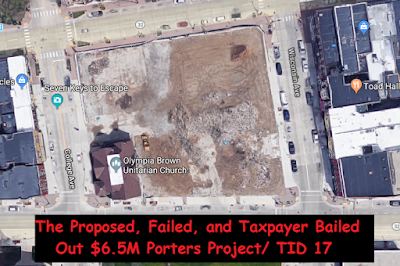 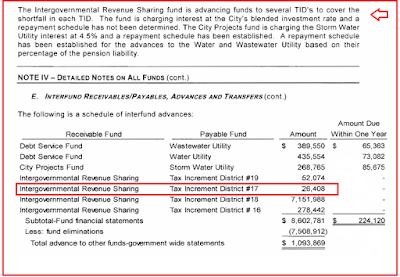 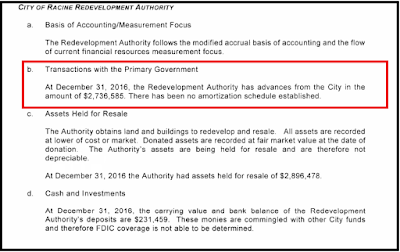 Posted by Clint Teeters at 5:07 AM

Email ThisBlogThis!Share to TwitterShare to FacebookShare to Pinterest
Labels: Porters