From a Better Mount Pleasant:

When U.S. manufacturers began moving operations overseas, they told the American people that it was to decrease costs and increase productivity - they said, as a result of increased labor costs. As we know now, it led to the demise of American manufacturing and catastrophic job loss.

Those companies weren't lying. It did save them money.
When modern manufacturing companies talk about the increased use of robotics, they say it is to decrease costs and increase productivity. In today's JT, Terry Woo says the employment model in Wisconsin has already changed because "much higher labor costs here would guarantee failure."
He's not lying. Critics at the announcement of the Wisconsin plant have always wondered how they would remain profitable with American labor costs.
Foxconn has invested billions into robotics. They have not been shy in international press saying wish to replace all workers with robots.
Of course there will be jobs. However, even before the last resident has left the area - this deal has gone from "75 percent assembly line workers, 25 percent engineers and managers," to "10 percent assembly line workers, 90 percent knowledge workers.”
What is the next iteration of Foxconn's employment strategy? We can't know until they tell us - but one thing we do know, and history has shown us - it will be whatever benefits Foxconn's profitability.
Just remember, you gave them $4.5 billion to build it. 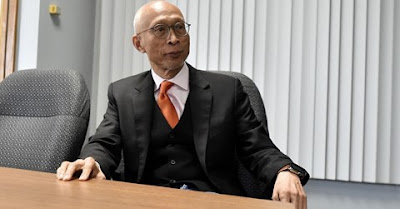 Posted by Clint Teeters at 8:41 AM