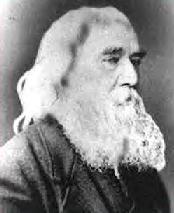 Posted by Clint Teeters at 9:59 PM

According to JT - People of color stink and can't properly feed themselves.

Do you believe that these claims are true?

According to JT - People of Color can't afford to buy personal hygiene
items, or even properly feed themselves and their progeny.

The building Giving to the Nations is taking over used to be an A&W
and J&W drive-in restaurant, but it’s been vacant since 2004. The land
is owned by Midtown Church of Christ, which runs an outreach center
nearby, 1705 13th St.

Once it opens, Giving to the Nations’ center will have a food pantry
of its own, and will also offer hygiene products. Nys said that
although there are plenty of food pantries around the city, there
aren’t enough offering items like diapers, women’s products, and other
necessities like soap and household cleaners.

“There’s nowhere around here that always has hygiene products,” she said.

Nys explained that it will also offer nutrition and language classes,
will hopefully have its own community garden, and can also act as a
“resource referral hub.”

“We can get (people) hooked up with other community resources to help
each other,” explained Nys, who is a pastor with Stand On His Word
International Apostolic Ministry. “There’s not a lot of connectivity
right now.”

Myself and Cindy will write a post on this disturbing situation - to
call greater attention to this developing situation.

And that's a *BIG* FU to the Kriminal Mafia which rules Amerika.

There exists within United States a subversive and dangerous foreign
enemy which has subverted the Constitution and allowed a private
Central Bank - the Federal Reserve - to usurp Congress and grant the
Federal Reserve the power to control and create money.

There exists within United States a subversive and dangerous foreign
enemy which has VIOLATED the Constitution and allowed a private
Central Bank - the Federal Reserve - to usurp Congress and grant the
Federal Reserve the power to control and create money.