The Tinkerings of Robert Noyce 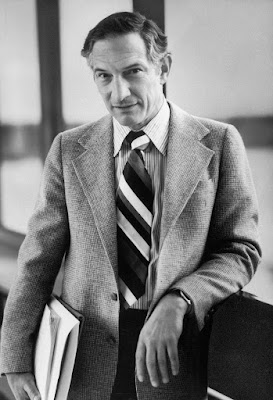 This story, Tom Wolfe's last for Esquire, appeared in the December 1983 issue.
In 1948 there were seven thousand people in Grinnell, Iowa, including more than one who didn't dare take a drink in his own house without pulling the shades down first. It was against the law to sell liquor in Grinnell, but it was perfectly legal to drink it at home. So it wasn't that. It wasn't even that someone might look in through the window and disapprove. God knew Grinnell had more than its share of White Ribbon teetotalers, but by 1948 alcohol was hardly the mark of Cain it had once been. No, those timid souls with their fingers through the shade loops inside the white frame houses on Main Street and Park Street were thinking of something else altogether.
They happened to live on land originally owned by the Congregational minister who had founded the town in 1854, Josiah Grinnell. Josiah Grinnell had sold off lots with covenants, in perpetuity, stating that anyone who allowed alcohol to be drunk on his property forfeited ownership. In perpetuity! In perpetuity was forever, and 1948 was not even a hundred years later. In 1948 there were people walking around Grinnell who had known Josiah Grinnell personally. They were getting old; Grinnell had died in 1891; but they were still walking around. So... why take a chance!