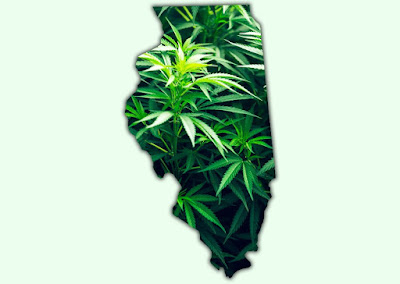 On Friday, May 31, Illinois became the 11th state to legalize marijuana for recreational use, beating New Jersey and New York to the punch. This new development makes Wisconsin the only state where cannabis is strictly banned, sandwiched between Michigan and Illinois where it is legal and Minnesota where it is decriminalized.

This doesn’t come as a surprise, as newly elected Illinois Gov. J.B. Pritzker had made marijuana legalization a priority of his campaign. “The path forward for Illinois is clear: We need to legalize marijuana,” Pritzker wrote in his political program. “As governor, I am ready to stand with leaders, communities and families across our state to legalize marijuana and move our state forward.” Promise kept, with brio.

What does come as a surprise, however, is the way the bill passed. Illinois is the first state in the nation to legalize marijuana through legislation; the previous 10 states legalized it through voter initiatives. Just hours before the end of the legislative session, the “Illinois Cannabis Regulation and Tax Act” was approved by the state House of Representatives by a 66-47 vote. It creates a legal, taxed and regulated cannabis sales system.