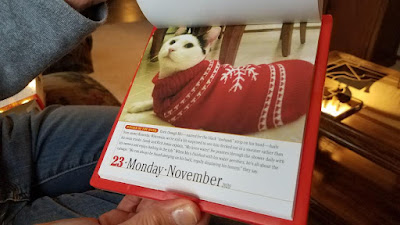 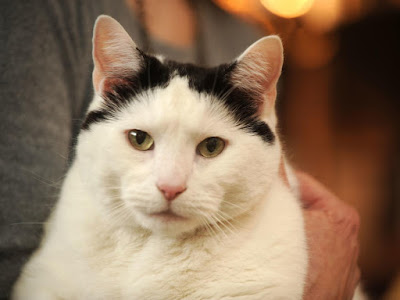 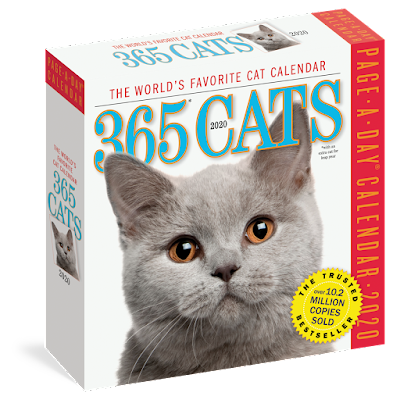 KENOSHA — On Nov. 23, 2020, Kenosha-based Mo the cat will be briefly famous across the country.
He’s being featured in Workman Publishing’s “365 Days of Cats” calendar — one of those desktop calendars that has a new page, and a new image of a cat, for every day.
Mo’s owner, Sandy Jonas, said she’s been submitting pictures to Workman for years, and was stunned when she and husband Rick Jonas got a letter a couple of months ago telling them Mo had finally made it.
Mo is all white except for a black stripe on his head — the “mohawk” for which he is named.
But Mo is not all surface. He’s not just a photogenic cat; he also possesses many unusual cat qualities. For instance, he eats fruits and vegetables.
“He gets a balanced diet,” said Rick, noting Mo’s willingness to eat raspberries, peas and salt-and-vinegar chips.
Mo likes to enjoy a taste of whatever the Jonas family is having for dinner.
“I’ll sit down and get something to eat and watch TV, and he’s right there, and he wants some, and he’ll pester me until he gets some,” Sandy said. “I can’t think of much that he won’t eat.”
He likes baths and regularly wanders through the water when the Jonas family is showering.
And other cat owners might not believe this, but Mo actually knows two commands. (This reporter estimates that means Mo knows 200% more commands than most cats.)
“I’m not sure he’s smarter; he’s just not as stubborn. He’s better than most at following instructions,” Rick said.
Mo also likes to drink from the faucet and lets Sandy and Rick know he’s thirsty by knocking things around on the sink.
Mo joined the family in spite of Rick’s moratorium on cats, which he abandoned one day during an adoption event sponsored by Kindred Kitties.
One thing Mo has in common with most cats is that he likes to sleep, although his on-my-back-with-paws-stretched-out position might be described as atypical.
Perhaps his next appearance in the cat calendar will feature this pose, though it won’t happen in 2021. Sandy Jonas said she was so excited about Mo making the 2020 calendar, she didn’t submit anything for the 2021 version.
From: https://journaltimes.com/news/local/kenosha-cat-mo-featured-on-calendar/article_e8b53926-a559-55bd-9b92-cfcd43e0ba23.html
Posted by OrbsCorbs at 4:36 AM

Charlie likes to drink out of the bathroom faucet, too.