Vos: Medical marijuana will 'take a while' 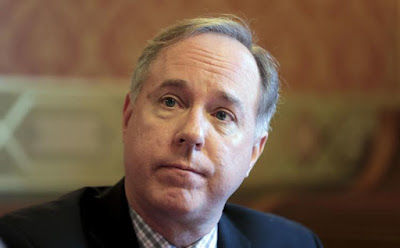 MADISON — Medical marijuana will not become legal in Wisconsin next year or anytime soon, despite broadening support, the state Assembly's top Republican — himself an advocate for legalization — said Thursday.


“It's going to take a while,” Assembly Speaker Robin Vos told The Associated Press in an interview Thursday. Finding consensus on the issue is difficult because of varied concerns from other Republicans, members of law enforcement and the medical community, Vos said.
“It's not like it's a panacea that everybody thinks, ‘Oh, jeez this is an easy slam dunk,’” Vos said. “It's a complicated issue that we want to get right.”
Vos said he believes progress is being made, noting that support has grown among Assembly Republicans from him and one other lawmaker to now almost half of the 63-member GOP caucus. However, Senate Republicans remain opposed. A bill must pass the Senate and Assembly and be signed by the governor before becoming law. Democratic Gov. Tony Evers supports legalizing medical marijuana.
Vos has supported medical marijuana for years and there are bipartisan efforts to change the law this year, including for the first time a bill co-sponsored by Republicans.
Vos defended not being able to get a bill passed despite his support.
“There's nobody who can say I'm not in favor of this idea,” Vos said. But putting together the support needed to pass a bill takes time, he said.
Democrats have long supported legalizing medical marijuana and have used the issue as a campaign issue against Republicans. Assembly Democratic Minority Leader Gordon Hintz accused Vos of having token support, saying he only speaks in favor of it because polls show a majority of Wisconsin voters are for it.
“There seems to be at least the recognition of members about how out of touch they are with where the public is and where good public policy is,” Hintz said in an interview this week.
Read more: https://journaltimes.com/news/local/govt-and-politics/vos-medical-marijuana-will-take-a-while/article_2c2f7f17-6acf-5e38-85d8-d7486caa9615.html#tracking-source=home-the-latest
Posted by OrbsCorbs at 4:41 AM

“It's a complicated issue that we want to get right.”

What horseshit. Neighboring states have no problem with legalizing weed, but the cavemen in Madison are against it.

Vos is a Fascist PIG.