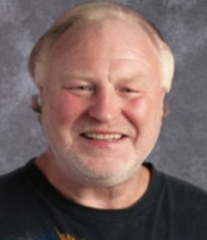 Mr. Churchwell created quite a shitstorm
for defecating outside in a public park for almost two years,
told authorities he was "being an idiot" and that he did it for convenience and to be disrespectful.
WTF!
Reports indicated Churchwell had been defecating outside of
and on a building at Natureland Park in the town of Whitewater, sometimes several times per day, since 2017.
Authorities caught Churchwell on Oct. 8 after sheriff's deputies had spoken to a worker at the Walworth County Highway Shop who complained about someone defecating on a park building and leaving used toilet paper behind.
The worker showed deputies photos from trail cameras that showed a man defecating in the park. The pictures also showed Churchwell's car parked nearby and a partial plate number, which was used to identify
Jeffrey Churchwell.
"I'm so disappointed in myself," said Churchwell where he had the opportunity to teach English classes in the Milton School District. He stressed the importance of involved citizenship and there he is being a shitty citizen of Walworth County. Churchwell also added that he's sickened by his own hypocrisy.


"As well, after REALLY thinking about why I did what I did," an email continued, "I came to the conclusion that I allowed my thrill-seeking, self-indulgent pride and ego both get the best of me."
For more info click below:
https://www.wisn.com/article/whitewater-teacher-admits-to-defecating-in-park-for-2-years/30372424
Churchwell will have to pay $365 in fines plus $5,705 in restitution to the Public Works Department, which cleaned up after him.

Mr. Churchwell brings new meaning to being a


Got a duece to spare? 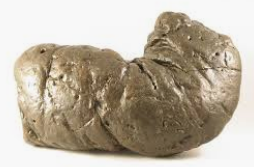 How about dropping it off on his front porch?
From:  http://racinecountycorruption.blogspot.com/2020/01/illuminating-hidden-truths-jeffrey.html
Posted by OrbsCorbs at 5:33 AM