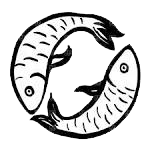 by Sandra Weaver
The Age of Pisces is over. Pisces values are being wiped out, causing unprecedented change and upheaval in our lifetime. And we're not done yet. The Piscean values of money, power and control are being replaced. They do not resonate with the values of the new great cycle, the Age of Aquarius. Those values are love, brotherhood, unity and integrity.
"The present world age isn't something that will simply fade away into the sunset of a time that seems to perpetually linger somewhere "out there" in our future. Just the opposite: our world age has an expiration date." Fractal Time, Gregg Baden
Pisces was the ruling constellation in the eastern pre-dawn night sky. But, the effects or influences of the Aquarian Age have been felt powerfully for as much as 800 years. The influences of Aquarius began around the French Revolution when their slogan was "freedom, equality, fraternity." These values represent the Aquarian Age.
Change in Astrological Ages is gradual, and the push to complete the change lasts even after the new age has begun.
Our technology booms, especially in electricity, are actually spawned by the new present Age of Aquarius. Modern man thinks it's because we are so much more "advanced" then our ancestors. Think again. Powers greater than us have been pulling the strings.
Technology went into a unprecedented trajectory in the Age of Pisces. It will continue to escalate and methods that are in harmony with the earth will become a prerequisite to all new inventions. Harmony and for the good of the whole will be mandatory and innate. Nothing will flourish unless it satisfies the values of the Aquarian Age.
So what does the Age of Pisces represent?

The Age of Pisces is - The Age of Monotheism (one God), Spirituality, and the Fish. It is characterized by the rise of many religions such as Christianity, Islam and Buddhism. This represents the "spiritual" nature of Pisces. Throughout most of Pisces though this spiritual side is for the most part seen as the truth hidden behind the five senses. Spirituality was seen in relation to the world, not through an innate knowing of divinity.
The Fall of Rome began at the beginning of this Age
As with all Great Cycle changes the Age of Pisces began with chaos. Rome fell and chaos was rampant as the great change of power began. It was the birthing of the Middle Ages.
The Age of Pisces is considered the Age of Jesus.
Egypt's Isis was dropped and Mary mother of Jesus came into being replacing her near the close of the Age of Aries. Jesus is said to have been born of the Virgin Mary. Virgo is the polar opposite sign of Pisces. The Age of Pisces also represents charity, mercy, sacrifice, compassion and pardon, which are the virtues taught and lived by Jesus.
Water played a prominent role in the teachings of Jesus, and Pisces is a water sign. The fish is the symbol of Pisces. Many of Jesus' gatherings were near lakes and water. Fish were a big part of the diet of Jesus, his disciples and the multitudes. Water was used to baptize the people.
Jesus was sacrificed because he was the "Lamb" of God. This represents the sacrificing of the RAM of Aries, which ended the Age of Aries the astrological age before Pisces.

Read more: http://www.2012-spiritual-growth-prophecies.com/age-of-pisces.html
Posted by Clint Teeters at 5:48 AM