Florida's scientist was fired for refusing to 'manipulate' COVID-19 data


BREVARD COUNTY, Fla. – The scientist who created Florida's COVID-19 data portal wasn't just removed from her position on May 5, she was fired on Monday by the Department of Health, she said, for refusing to manipulate data.
Rebekah Jones said in an email to the USA TODAY Network that she single-handedly created two applications in two languages, four dashboards, six unique maps with layers of data functionality for 32 variables covering a half a million lines of data. Her objective was to create a way for Floridians and researchers to see what the COVID-19 situation was in real time.
Then, she was dismissed.
"I worked on it alone, sixteen hours a day for two months, most of which I was never paid for, and now that this has happened I'll probably never get paid for," she wrote in an email, confirming that she had not just been reassigned on May 5, but fired from her job as Geographic Information Systems manager for the Florida Department of Health. 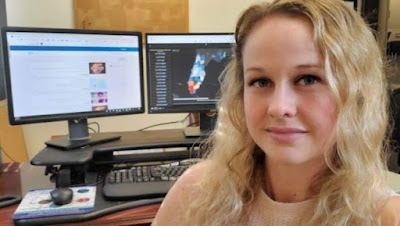 After USA TODAY Network first reported Jones' removal from her position in charge of the Florida COVID-19 Data and Surveillance Dashboard she created, she confirmed, as reported by CBS-12 in West Palm Beach that she was fired because she was ordered to censor some data, but refused to "manually change data to drum up support for the plan to reopen."
She provided no further details.
In an email last Friday to researchers and other data users, Jones warned that with her removal changes were likely coming to the accessibility and transparency of the dashboard data.


"They are making a lot of changes. I would advise being diligent in your respective uses of this data," she wrote.
Researchers who saw the email reacted with shock and dismay, suggesting it could be evidence that the Gov. Ron De Santis' government was censoring information to support the case for re-opening Florida.
Read more: https://www.usatoday.com/story/news/nation/2020/05/19/florida-covid-19-coronavirus-data-researcher-out-state-reopens/5218897002/
Posted by OrbsCorbs at 8:00 AM

From JSOnline : Rory Linnane Milwaukee Journal Sentinel In a school district catching attention for racist acts by and against students, B... 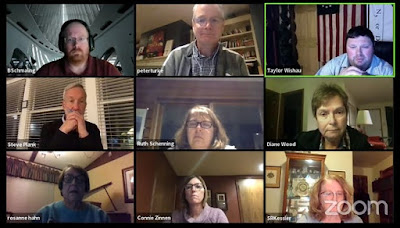