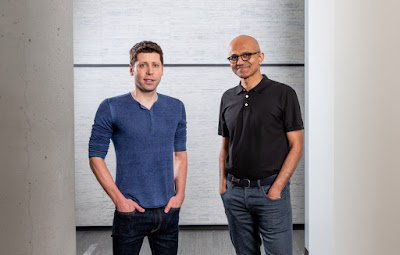 At its Build developer conference, Microsoft  today announced that it has teamed up with OpenAI, the startup trying to build a general artificial intelligence, with — among other things — a $1 billion investment from Microsoft, to create one of the world’s fastest supercomputers on top of Azure’s infrastructure. Microsoft says that the 285,000-core machine would have ranked in the top five of the TOP500 supercomputer rankings.
Because Microsoft doesn’t actually tell us much more than that, except for a few more specs that say it had 10,000 GPUs and 400 gigabits per second of network connectivity per server, we’ll just have to take Microsoft’s and OpenAI’s  word for this.
To be in the top five of supercomputers, a machine would currently have to reach more than 23,000 teraflops per second. It’s also worth noting that the No. 1 machine, the IBM  Power System-based Summit, reaches over 148,000 teraflops, so there is quite a wide margin here. Despite writing a four-page press release about its AI initiatives, Microsoft didn’t share any actual performance numbers.
“The computer is connected to Azure, but is a dedicated resource of OpenAI’s. They paid for the system, paying both Microsoft and other suppliers. The total cost is not being disclosed,” a Microsoft spokesperson told me when I asked for details. We’re also being told that the system is still running today.
Since Microsoft’s massive investment, OpenAI has made Azure its cloud of choice and this supercomputer was developed “with and exclusively for OpenAI.”
OpenAI has made a name for itself by training very large models. That’s obviously the purpose of a project like this, too.
“As we’ve learned more and more about what we need and the different limits of all the components that make up a supercomputer, we were really able to say, ‘If we could design our dream system, what would it look like?’ ” said OpenAI CEO Sam Altman . “And then Microsoft was able to build it.”
From: https://techcrunch.com/2020/05/19/microsoft-says-it-teamed-up-with-openai-to-build-a-massive-ai-supercomputer-in-azure/
Posted by OrbsCorbs at 11:50 AM