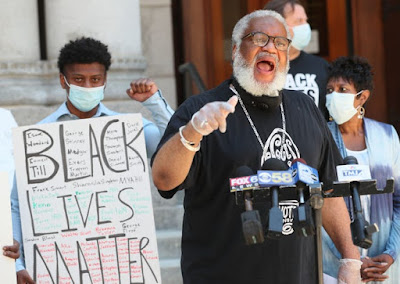 MADISON - A recent federal court decision will cut in-person early voting this fall in half in Wisconsin's largest cities, but the effects of the ruling could be mitigated because so many people are turning to mail voting amid the coronavirus pandemic.
Republicans and Democrats alike said they believed the on-the-ground effects of the decision were tempered by the dramatic change in voter behavior. And Democrats and others who oppose the ruling said it would fire them up to make sure people vote this fall.
“It’s this 'don’t get mad, get organizing' kind of thing," said Molly McGrath, a voting rights campaign strategist for the American Civil Liberties Union.
Interest in mail voting is exploding this fall, just as it did in the April election for a state Supreme Court justice race.
Nearly 60,000 Milwaukee residents have requested absentee ballots for the low-key Aug. 11 primary. That already surpasses the total number of people who voted in the August 2012 and August 2016 primaries, whether they voted at the polls, by mail or in person at an early-voting location.
The numbers will only go up in the coming weeks. The city is now sending a postcard to every household in Milwaukee explaining how to request an absentee ballot for the primary.
The figures will almost certainly be higher for the presidential election, when interest in voting is higher. The state plans to send absentee ballot request forms to most registered voters ahead of that election.
But those who want to vote early in person will have less time to do it. A unanimous decision last week from the U.S. 7th Circuit Court of Appeals reinstated early voting limits that had been suspended by a lower-court judge four years earlier.
Read more: https://www.jsonline.com/story/news/politics/2020/07/06/shift-mail-ballots-dulls-impact-ruling-early-person-voting/5357673002/
Posted by OrbsCorbs at 11:03 AM