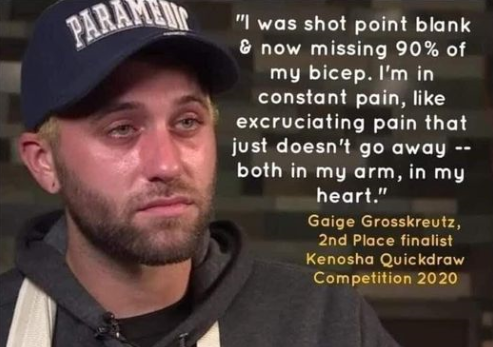 DEMAND ARMED BLM PROTESTER GAIGE GROSSKREUTZ BE HELD ACCOUNTABLE AND CHARGED WITH CRIMES RELATING TO BRANDISHING AND AIMING A WEAPON DURING THE BLM/ANTIFA RIOTS ON AUGUST 25th. 2020, violating Wisconsin Statutes 941.20 and its subsections

941.20  Endangering safety by use of dangerous weapon.
(1)  Whoever does any of the following is guilty of a Class A misdemeanor:
(a) Endangers another's safety by the negligent operation or handling of a dangerous weapon.
(b) Operates or goes armed with a firearm while he or she is under the influence of an intoxicant.
(bm) Operates or goes armed with a firearm while he or she has a detectable amount of a restricted controlled substance in his or her blood. A defendant has a defense to any action under this paragraph that is based on the defendant allegedly having a detectable amount of methamphetamine, gamma-hydroxybutyric acid, or delta-9-tetrahydrocannabinol in his or her blood, if he or she proves by a preponderance of the evidence that at the time of the incident or occurrence he or she had a valid prescription for methamphetamine or one of its metabolic precursors, gamma-hydroxybutyric acid, or delta-9-tetrahydrocannabinol.
(c) Except as provided in sub. (1m), intentionally points a firearm at or toward another.

(d) While on the lands of another discharges a firearm within 100 yards of any building devoted to human occupancy situated on and attached to the lands of another without the express permission of the owner or occupant of the building. “Building" as used in this paragraph does not include any tent, bus, truck, vehicle or similar portable unit.

THIS IS AN EMAIL CAMPAIGN TO KENOSHA DISTRICT ATTORNEY MICHAEL GRAVELY AND A.D.A. THOMAS BINGER TO HOLD GAIGE  GROSSKREUTZ ACCOUNTABLE FOR HIS CRIMINAL ACTS OF CHASING, BRANDISHING AND AIMING A PISTOL AT KYLE RITTENHOUSE.

KYLE RITTENHOUSE HAS THE SAME PROTECTIONS AND RIGHTS TO ASSERT THE SAME STATUTES USED BY LAW ENFORCEMENT ASSERTING SELF DEFENSE WHEN PHYSICALLY ENDANGERED.

WAS GAIGE GROSSKREUTZ UNDER THE INFLUENCE WHEN ARMED?

ASK AND FIND OUT! 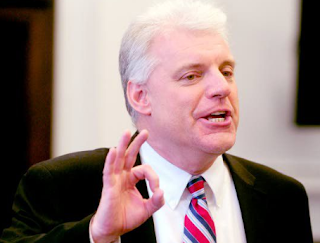 Donate for Kyle's defense against the corrupt and bias