'In a split-second there were 50 or 60 of us on the ground': British rider Chris Froome reveals agony as police hunt for female Tour de France spectator who faces up to a year in prison after causing a massive crash with her placard

French police are hunting a female spectator who is on the run and faces up to a year in prison after causing the injuries of 21 riders in one of the worst-ever crashes in the history of the Tour de France, as British cyclist Chris Froome reveals the agony of the moment.

British cyclist Chris Froome went down during the incident yesterday, injuring his left side and chest although fortunately not breaking any bones.

Speaking from a hospital bed yesterday evening, Froome said:  'In a split-second there were 50 or 60 of us all on the ground.

He added: 'I'm hoping I can still start tomorrow but at the moment I can't put any pressure on my left leg and it's not looking great.'

The determined cyclist managed to get back on his bike today to complete stage two of the Tour de France, pushing through the intensity despite spending several hours in hospital the night before.

Prosecutors in Brittany have launched a criminal inquiry after the unidentified female smiled to a TV camera while waving a cardboard sign with a message written in a mix of French and German to her grandparents during the first stage of the 108th Tour de France on Saturday.

The woman had her back to the peloton with the sign sticking out into the road at handlebar height -  causing German Tony Martin and around 50 other riders to crash. The incident caused 21 injuries, and even forced Jasha Suetterlin of Team DSM to abandon the race.


Read and see more: https://www.dailymail.co.uk/sport/sportsnews/article-9729833/Police-hunt-Tour-France-spectator-faces-year-prison-causing-crash.html
Posted by Clint Teeters at 6:22 AM 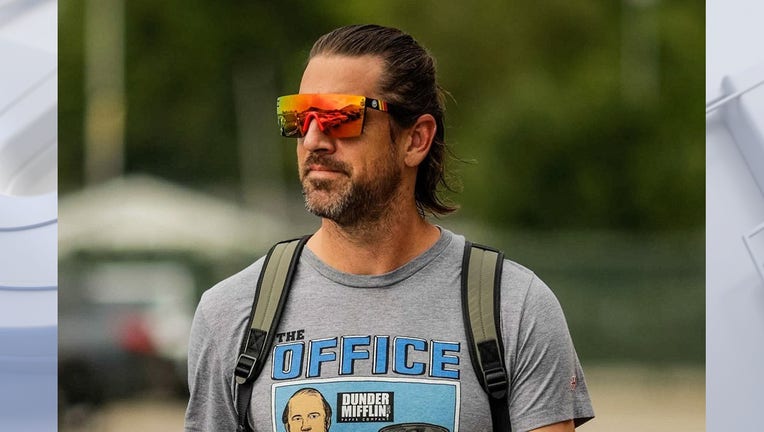