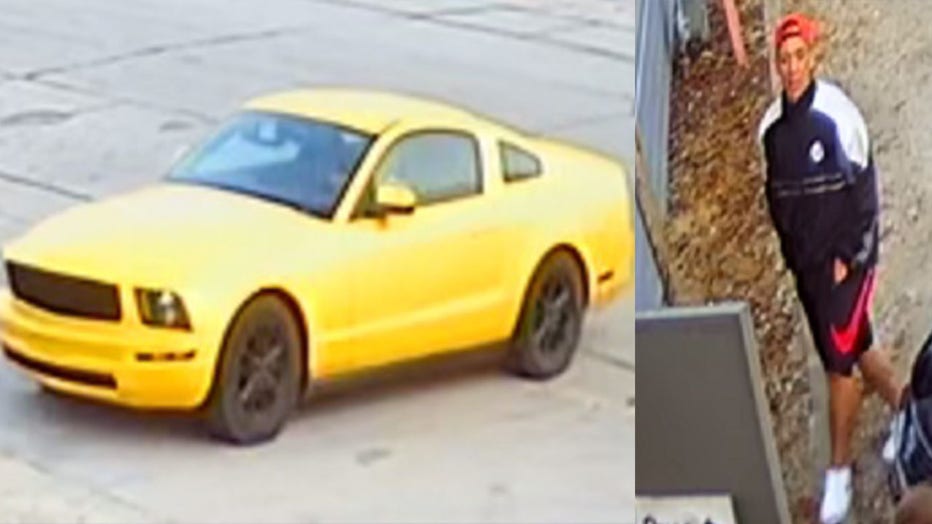 Deputies are looking for one suspect described as a white male who was driving a stolen 2005 yellow Ford Mustang with Illinois plates. There was a second unidentified suspect in the front passenger seat that never exited the vehicle.

Officials say the driver was seen rummaging through a customer's vehicle on the property of Cal's Towing around 4:30 a.m. on July 24. Approximately $300 worth of property was stolen.

Around 5:45 a.m. on July 31, the yellow Mustang and two male suspects were seen at B&B Towing near 10th and Armour on Milwaukee's south side. No property was stolen in this instance. Just 12 minutes later, the vehicle was seen at Ray's Towing near 6th and Waterford, about a mile away from B&B's Towing.

The suspect's vehicle was occupied by a white male suspect. Surveillance shows the suspect exited, checked the front entry door to the building which was locked and did not gain entry. He then checked the two vehicles parked in the front parking lot before being confronted by an employee. The suspect stated he was looking for a tow that could tow his vehicle from the trailer park adjacent to Ray's Towing to the west.

The employee advised the suspect that if he needed a tow to call and the suspect left the area. No property was lost.

The yellow Mustang was reported stolen on July 30 after its owner noticed it was gone from their commercial property.

If you have any information on this incident, you're asked to contact the Racine County Sheriff's Office at 262-833-8733.