WAUWATOSA, Wis. - Panhandlers in Wauwatosa could soon face citations between $25 and $500.

That was the penalty proposed in an ordinance put before the city's Common Council on Tuesday night, Aug. 3. It passed 11-3 after a failed attempt to send the measure back to committee.

The ordinance bans panhandling on Wauwatosa's 12 busiest streets, saying the streets and medians are not meant for panhandling. Several Common Council members said they've heard complaints from residents about it.

"I see this as yet another one of those issues where we don't like what we see out in the intersection, and we're asking the police to take care of it," said Alderman Matt Stippich.

"We vetted this. We've talked about this. We've gone on and on about this. This is a safety issue. We've had one person almost killed on this. It just needs to move forward," said Alderman James Moldenhauer. 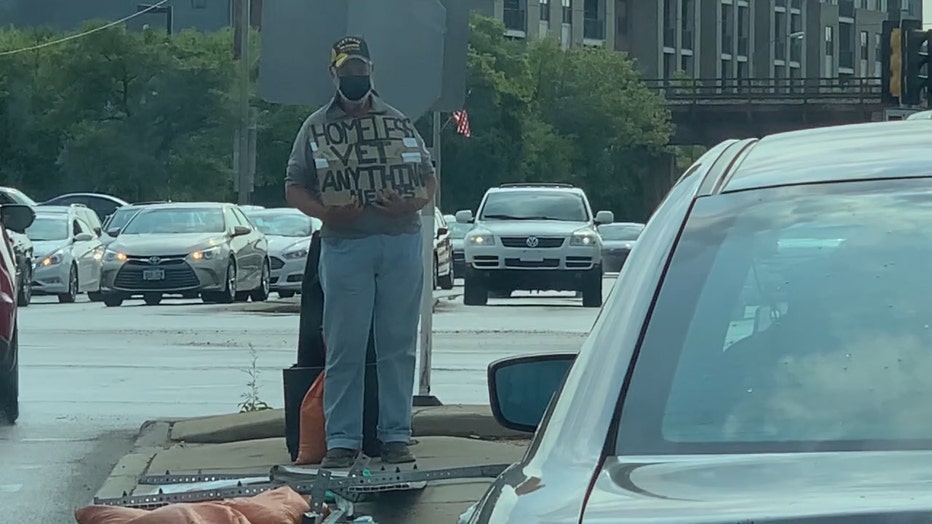 Man standing at intersection of North Avenue and Mayfair Road in Wauwatosa.

The city said it's a safety issue – not a homelessness issue. And while the ordinance isn't technically a ban on panhandling, housing advocates say it will target people who are homeless with fines that they likely cannot pay.

"If it's in the community's face, it's an opportunity to come up with solutions to help, and I'm hopeful that there's ways we can all work together," said Eric Collins-Dyke, Milwaukee County's assistant administrator of Supportive Housing and Homeless Services.

Between a passing rain shower Tuesday afternoon, panhandlers stood on half of the medians at the intersection of North Avenue and Mayfair Road – acts that will soon constitute a punishable offense.

"From a general standpoint, we've always said that you can't ticket or cite or police your way out of homelessness," said Collins-Dyke.

"Everyone, to a person, expressed some sort of desire for a better housing situation, potential employment, and most if not all are very interested in community-based case management services," said Collins-Dyke, of the 14 people they met. 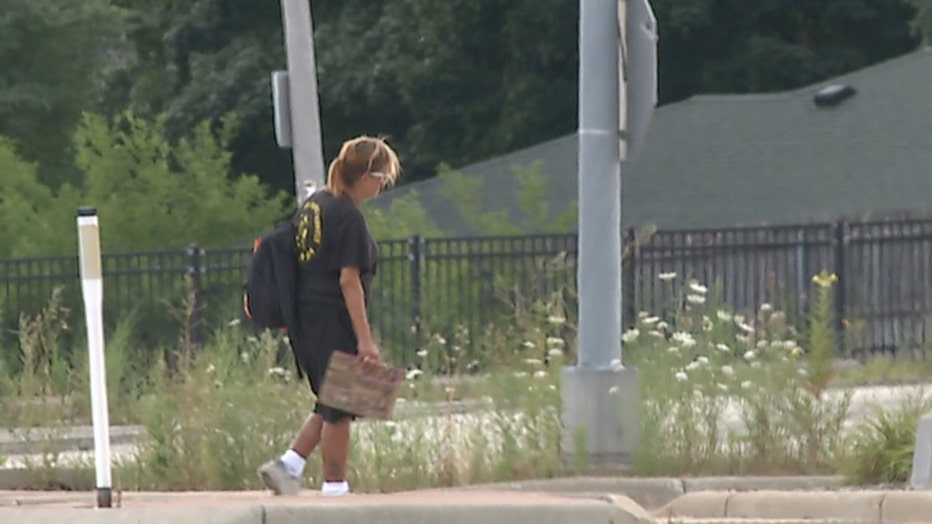 Woman crossing a street in Wauwatosa.

For the city's busiest streets, like Capitol Drive and Bluemound Roads and more, the ordinance states no one should be in the median unless they are crossing the highway in a safety zone or crosswalk. Also, drivers should not stop, slow down or get out of their car to interact with someone in the median.

The municipal violation would come with a ticket – something Collins-Dyke said does not really address homelessness.

"Our fear is always, when these ordinances go through, is you know you're sort of just kicking the can down the road," Collins-Dyke said. "And if you're gonna cite somebody, you're not looking at the deeper issue in terms of what they need to make progress."

The ordinance includes a 90-day review with Wauwatosa police and other city staff to assess its impact. Police Chief James MacGillis said fines won't be the first step.

Posted by OrbsCorbs at 2:13 AM