Wisconsin's oldest-running diner will be featured on the Food Network 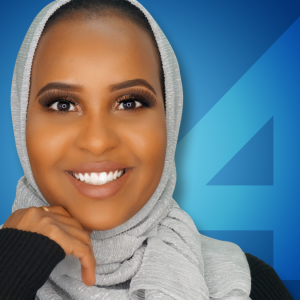 KENOSHA — Wisconsin is home to the oldest-running diner in the United States, but after a tough year with COVID-19 and protests, they're back and will be seen on a national scale.

Franks Diner in Kenosha is a community staple that has been around since 1926, and while it may be small, it's packed with great food, and even better company.

Kenosha resident Steve Wattron has been frequenting the diner since 1992 and said he keeps coming back because the food is great, and that's not all.

"The sense of humor you'll find here is like nowhere else really," Wattron said.

Kevin Ervin and his wife Julie Rittmille have owned Franks Diner for ten years, and say it's been a wild ride.

"It's great, a great feeling to know that you're really part of a community. People expect you to be here and they want you here," Ervin said.

In a statement, Kenosha Mayor John Antaramian said this about the diner:

"Franks Diner has always been a place where everyone’s view can be expressed and people go to talk over all types of issues. The comfortable atmosphere and excellent food make for a fun place to be. Frank’s Diner is a staple of the community and a great example of the strength of Kenosha.”

Ervin said the past year has been tough, but the diner is open, the food is sizzling on the grill and the smiles are contagious as people enjoy the food.

But, what is Franks Diner known for? It's a dish called the 'garbage plate.' It's a mash up of hash brown, eggs, meat and your choice of veggies and cheese.

"The garbage plate cannot be outdone," Wattron said while smiling.

But Kenosha residents know they aren't the only ones making the trip for the mash-up of food. Even Guy Fieri came once.

Ervin said people come from all over the United States and even from overseas.

"We've had people from Australia, they've seen it on the Food Network overseas," Ervin said.

You read that right - the diner has been on the Food Network before, and will be featured again on "Diners, Drive-Ins and Dives" on Aug. 20.

"They're going to see us make some really good food, couple of our specials," Ervin said.

However, he couldn't dish out the details, but said the viewers will get a great understanding of the place.

He only asks one thing from patrons who stop by.

"If you come in, please be patient," Ervin said. "We are small, but we're good."

Posted by OrbsCorbs at 4:43 AM