BIDEN’S NOMINEE AS AMBASSADOR TO LUXEMBOURG IS FACING CRIMINAL CHARGES 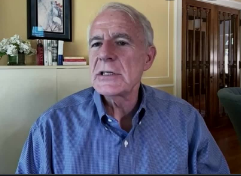 So says public watchdog Jay Stone.  You may read the complaint HERE.

The complaint concerning federal elections misconduct was filed against Milwaukee Mayor Tom Barrett by Jay Stone, a private citizen from Pleasant Prairie, Wi.  The complaint was filed into the Wisconsin Election Commission (WEC) and received on September 20th, 2021 but doesn’t show up on any of the researched databases on the WEC website.

Milwaukee Mayor Tom Barrett has been nominated to be the ambassador to Luxembourg, the tiniest of all the kingdom’s in Europe, with a population of slightly over 600,000, about the size of Milwaukee. Barrett's nomination is pending in the U.S. Senate.

Within the White House statement announcing President Joe Biden's intent to nominate Barrett, Biden praised Barrett for being the longest-serving "big city" mayor and for his environmental initiatives.

"He has led great lakes mayors in both Canada and the U.S. as the chair of the Great Lakes and Saint Lawrence Cities Initiative, and spearheaded multiple clean, green initiatives in the city to clean up rivers, parks, and brownfields," the White House statement continued.

“Apparently Biden failed to fact check his own statements”, stated Harry Wait, President of HOT Government.  “The Milwaukee Metropolitan Sewage District (MMSD) has been the single largest polluter of the Great Lakes for the last 17 years straight since Barrett has been mayor, "that isn’t leadership, its failure”, further stated Wait.

“The Milwaukee Metropolitan Sewage District has been out of compliance with EPA and Wisconsin DNR regulations concerning illegal sewage discharges into Lake Michigan for the 17 years Barrett has been mayor.  Billions and Billions of gallons of untreated water and raw sewage has been dumped into Lake Michigan creating no swimming zones over 100 miles along the western shores of Lake Michigan, all while under Barrett’s leadership, "Barrett is no environmentalist nor leader, he is a sewage spreader” Wait further stated.

Biden’s efforts to nominate Barrett as ambassador are of no coincidence. It’s a Biden payback for Milwaukee getting the votes for out at 3AM for Biden in the 2020 national elections when Claire Woodall-Vogg produced a thumbdrive full of votes.

The possible appointment is also a get out of jail card for Barrett being he is now under investigation for illegal and criminal misconduct. As an ambassador, Barrett would be immune to subpoenas, interrogatories, depositions and extradition.

Now how convenient is that?

Barrett had the audacity to state "As a lifelong Milwaukeean, I will bring the values of our community to this new posting, values we share such as hard work, honesty and caring for others".

Barrett's legacy in Milwaukee isn't about hard work, honesty or caring for others. His legacy is about failure, conflict and deceit. Conflict with the police department, increased violent crime, increased human trafficking, Children homicides, suppression of private enterprise, attacking homeowners thru building code violations and increased taxes, the city's attack of white owned businesses, the bogus crime statistics reported within the city of Milwaukee and nominating POS judges.

You may read Mayor Barrett's recommendation letter below.

You may read more about the conviction of former judge Brett Blomme below.

And court files below:

Barrett's lack of good judgment and arrogance has been on display for many years, including the State Fair Park incident where he got his bell rung when he further irritated and threatened to call the police to an already irate man with a pipe in his hand.  Barrett got his dupa handed to him when the man whacked a steel pipe across Barrett's noggin.

Does the following picture make him look wise or intelligent?

Or expose him as an arrogant man lacking common sense ? 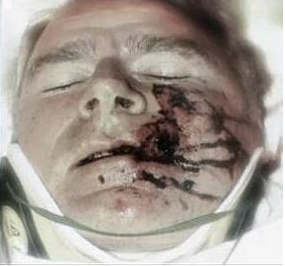 You may read more about Barrett's beating below:

Barrett's lack of good judgment and arrogance cost the tax payers plenty of money being Barrett got what he negotiated when he further threatened the man with dialing 911 and then failing to call the police to intervene.

Sorry folks, but this is just a small part of the real unfiltered record of Mayor Tom Barrett.

Barrett is no leader, but a follower of the political cabal he so aspires to please.

The only thing Barrett may bring of value to Luxembourg will be his “get out of jail card” compliments of the Biden crime family should he get his appointment as ambassador to Luxembourg.

Special thanks to Jay Stone for his pursuit of