"New Day, New Opportunity to Show Leadership for the Seriously Ill in Wisconsin" 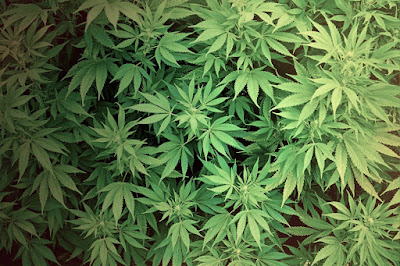 The face of medical marijuana has changed as our country and community seek to find creative, affordable and safe treatment for individuals affected by opioid abuse or suffering from serious illnesses, including cancer and ALS. Doctor-recommended medical cannabis should be available as an option for those patients fighting debilitating diseases. The time is now for Wisconsin to join the majority of states and legalize medical marijuana by passing Senate Bill 38 and Assembly Bill 75.
For more than 10 years in Wisconsin, Democratic Party legislators and advocates have been fighting for gravely ill individuals. In this session, rather than giving these people the courtesy of listening to their stories, a few powerful legislators are using their positions and mistruths to keep affordable medicine out of the hands of those who need it the most. Meanwhile, our opioid abuse and resulting heroin crisis here in Wisconsin continues to escalate.

Medical marijuana for pain management for some patients could be a less harmful and safer alternative for individuals who would normally be prescribed opioids and be at greater risk of addiction. According to a recent study—“Medical Cannabis Laws and Opioid Mortality”—which appeared in the Journal of the American Medical Association, opioid overdose deaths were reduced by 25% in states with effective medical marijuana laws. As policy makers, we are willing to pass bill after bill in an effort to get a handle on the opioid crisis in our communities, but when it comes to legalizing marijuana for seriously ill patients to manage pain and other debilitating health conditions, we cannot even get a public hearing on this issue in the Republican-controlled legislature.

Wisconsin lags behind most of the nation on this issue. Twenty-nine other states and the District of Columbia have legalized medical marijuana, including all four of our neighboring states (Michigan, Minnesota, Illinois and Iowa). Veterans’ organizations, including the Veterans of Foreign Wars (VFW) and The American Legion, have passed resolutions supporting medical marijuana for veterans with posttraumatic stress disorder (PTSD), traumatic brain injury (TBI), chronic pain and other injuries incurred while in military service. Veterans’ Affairs (VA) data show that one-third of all veterans in their care received opioids for pain management. Sadly, data also show that VA patients had nearly twice the rate of fatal accidental overdoses than adults in the general population.


The patient population who could greatly benefit from legalizing medical marijuana continues to grow and the support in our state and nationally is overwhelming. How is it that, when 89% of the nation supports legalizing medical marijuana, Republican leadership in our state continues to refuse to hear the public on the issue by giving our legislation a public hearing? Perhaps they are in the grips of the big pharmaceutical industry that fears legalizing marijuana for medical purposes will cut into their fat corporate profits. Perhaps it’s their own beliefs and biases. None of these excuses make up for failing to provide a treatment option for Wisconsinites that seriously ill patients have access to in 29 other states. This is treatment that cancer patients and veterans can receive; treatment that patients dealing with painful illnesses can receive instead of opting for addictive, harmful opioids. But it’s also treatment that is currently denied to every citizen of Wisconsin.

It is our hope that the personal biases and excuses that have driven this bill into the ground for the last decade can experience the swell of support we know exists for medical marijuana as a treatment option for patients when their physicians approve. It is our hope that, this time, common sense and human dignity will win.

State Sen. Jon Erpenbach and Rep. Chris Taylor are co-authors of the medical marijuana bill, Senate Bill 38/Assembly Bill 75, that has come before the Wisconsin Legislature.

Posted by OrbsCorbs at 5:55 PM