To better understand why Robinhood is so popular among millennial investors, it's best to think about game design. The Robinhood stock trading app feels and plays very much like a video game, but of course, it's a stock-trading game. The 'in-game' purchases are equities and options of real publicly traded companies.

During the pandemic, the platform erupted with young inexperienced traders, who could approve themselves on the app as ultra-sophisticated traders with the touch of a button. To date, Robinhood has close to 20 million users.

As we sadly detailed here, the devastating suicide of 20-year-old Alex Kearns last June, after discovering he faced a loss of over $700k on his massively-levered options account, exposed the very real downside of the speculative mania in the stock market. 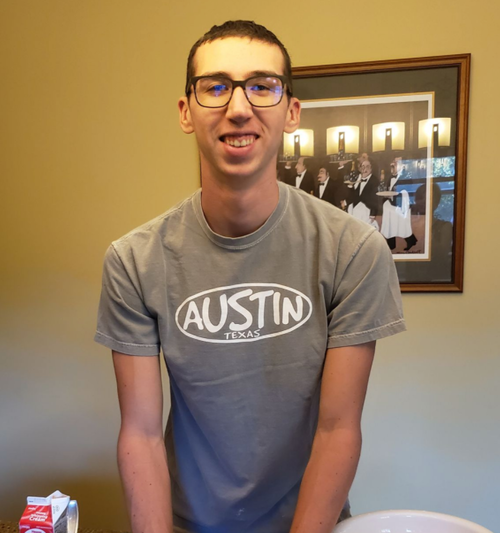 In a note left for his family, Kearns said he had "no clue about what I was doing" and never intended to "take this much risk."

In the lawsuit, Dan and Dorothy Kearns allege Robinhood purposely targets young inexperienced customers, then within the app pushes them to engage in highly complex trades.

They said the app also provided no "meaningful customer support" to resolve their son's trade issues.

One weekend in June, Robinhood restricted Kearns account, indicating that his new balance totaled negative $730k. Robinhood sent another automated message detailing how he needed "immediate action" in resolving his account status by depositing $170k to settle up.

According to his parents' lawyer, the money Kearns thought he lost may not have been lost because the options bets were structured.

When Kearns received the message from Robinhood, it appeared he freaked out. Without adequate customer support, the young inexperienced trader could not reach out to anyone for an explanation. All he received was an automated message from the company.

"Thanks for reaching out to our support team!" The email said, "We wanted to let you know that we're working to get back to you as soon as possible, but that our response time to you may be delayed." The company assigned him a case number, 06849753.

"And their response was a canned reply," his father said. "Basically, 'We'll get back to you later.'"

His father went on to say all his son wanted were answers, but Robinhood didn't have any.

Sadly, the day after Kearns committed suicide. Robinhood sent his account an automated email said the trade issue had been resolved and owed no money.

Here's what the message said:

"Great news!" The email read, "We're reaching out to confirm that you've met your margin call and we've lifted your trade restrictions. If you have any questions about your margin call, please feel free to reach out. We're happy to help!"

Critics of Robinhood, such as William Galvin, Massachusetts Secretary of the Commonwealth and the chief financial regulator in the state of Massachusetts, said the online discount brokerage firm has been "very deliberate" in suckering new, inexperienced investors onto its platform.

In December, Galvin's office filed a complaint against Robinhood that said the investing app is very much modeled after a video game.

In Massachusetts alone, Galvin said there had been more than 600 examples of Robinhood users who shouldn't have been approved for complex options trading.

Before Kearns killed himself, he wrote a note to his parents that read:

"How was a 20-year-old with no income able to get assigned almost $1 million worth of leverage?" He added, "The puts I bought/sold should have canceled out, too, but I also have no clue what I was doing now in hindsight. There was no intention to be assigned this much and take this much risk, and I only thought that I was risking the money that I actually owned. If you check the app, the margin investing option isn't even 'turned on' for me. A painful lesson. F*** Robinhood."

... and keep in mind, Robinhood's business model relies upon payment for order flow to market makers, such as Citadel, as their only profit engine instead of trading commissions. This means that Robinhood has to continue attracting new users to boost revenues.

Robinhood is also facing multiple class-action lawsuits from customers over its decision to restrict GameStop trading and other popular meme stocks, leading to steep losses for customers.

From: https://www.zerohedge.com/markets/parents-sue-robinhood-after-20-year-old-son-commits-suicide-over-options-confusion
Posted by Clint Teeters at 6:52 AM