KENOSHA, Wis. - A 42-year-old Racine woman is now charged in connection with an incident that was captured on video at a Kenosha Walmart. The accused is Magdalena Ciechanowski – and she faces the following criminal counts:

According to the criminal complaint, Kenosha County sheriff's deputies responded to the Kenosha  Walmart around 7:30 p.m. on Monday, Feb. 28 regarding a "disorderly conduct complaint." The court paperwork says a "female was throwing candles and yelling 'Black lives matter' in the store. She left in a white vehicle with Illinois plates prior to the deputies arriving.

A detective reported that cellphone video was captured of the incident involving the woman. It had been posted to social media. 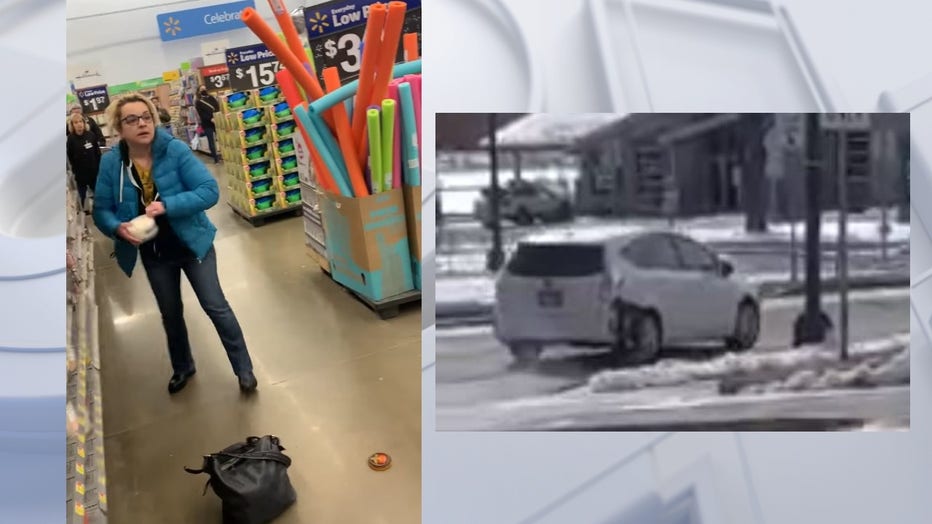 The complaint says the manager at the Walmart stated the woman had damaged "a considerable amount of merchandise at the store." He told investigators the woman was "throwing candles down the aisle and yelling."

On Tuesday, March 1, still photographs of the woman were taken from the video and placed on the Kenosha County Sheriff's Department Facebook page. A tip indicated a woman was at a Walgreens in Racine when "the same female acted in a similar manner, throwing items at patrons and staff," the complaint says. In this instance, law enforcement was able to get a license plate from the vehicle the woman was driving. With this license, they were able to identify the woman as Ciechanowski.

Another tip later came into law enforcement saying Ciechanowski was at a halfway house in Racine. A deputy with Racine police officers responded to that halfway house -- and placed her under arrest. The complaint says the "defendant denied being at Walmart and asked to speak with her lawyer."

Ciechanowski made her initial appearance in Kenosha County court on Wednesday, March 2. A signature bond of $500 was set by the court. Ciechanowski is due back in court on April 1.