Although I suspect the majority is done manually around there and not online, Happy Birthday to "The Racine Mirror:" https://theracinemirror.wordpress.com/  "The Mirror" is one of those free magazines that you find at food store doorways, most gas 'n' go joints, etc.

I got my printed copy at Mialecki's Piggly Wiggly yesterday.  Eight years, just like the JT Iregulars became earlier this year.  No, that's not fair.  They are much happier.
Posted by The Sheriff at 1:59 AM No comments: 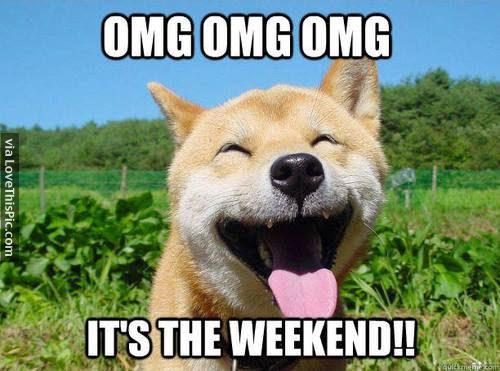 Email ThisBlogThis!Share to TwitterShare to FacebookShare to Pinterest
Labels: Weekend

It just seems like the weeks keep going quicker I just can not believe it is Friday already. I hope everyone had a good week. Here are your questions.

1) Do you like to do your shopping online or go to the stores?

2) When you do your shopping at the stores do you like to go during the day or in the evening?

3) When you do go to the stores do you have a hard time finding what you are looking for?

4) Do you have to travel far to get to the stores?

I hope you have a great weekend!
Posted by Tender Heart Bear at 7:10 AM 4 comments: 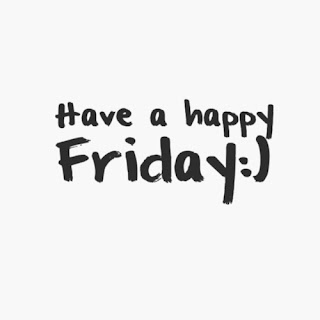 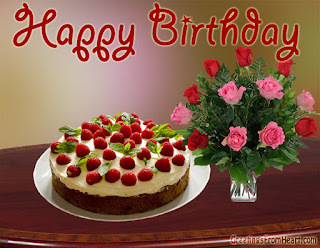 I just want to say Happy Birthday to a very special friend Okie. I just wish I could be with you to celebrate this day with you. We hope you have a great day today.

Posted by Tender Heart Bear at 9:53 AM 3 comments: 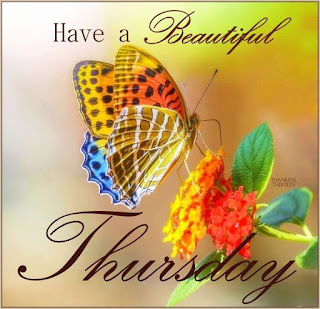 Increase butterfly habitat!
Posted by The Sheriff at 12:00 AM 2 comments: 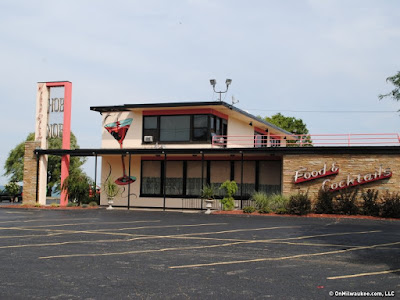 
"Wisconsin’s state tourism agency invites people to vote for their favorite to win the Travel Wisconsin Supper Club Showdown Champion title. As of Wednesday afternoon, HobNob, 277 S. Sheridan Road, was No. 11 on the leader board with Schwarz’s Supper Club of New Holstein leading.

I'm so sorry.  I forgot about today's blog.  I blame Labor Day.  I don't know what day it is . if you do, please let me know at madamezoltar@jtirregulars.com.  I love you all.  Please have a safe week.
Posted by Madame Zoltar at 2:34 PM 2 comments: 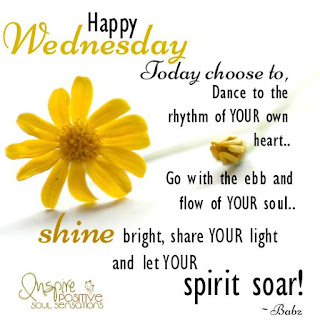 I’m Art Kumbalek and man oh manischewitz what a world, ain’a? So listen, I hear another Labor Day holiday has come and gone, that day when we honor the workingman by pissing the day away drinking beer in the backyard or a picnic park somewheres. How ’bout next year instead we pay tribute by working twice as hard and twice as long that day? Yeah, that’s what I thought.

But so here we are, September, what the fock. I’ve been trying to cool my heels for this month since April, and now finally I hear my favorite season coming up the stairs to knock on my door, I kid you not.

And speaking of the fall, I also hear we got an election coming up right around the bend and that the Democrats have a shot at taking back control of the Congress’ Senate chamber. Which reminds me of a little story:

So this guy rubs a genie out of a lamp who says he’ll grant the guy one wish. “I want to live forever,” the guy says. “No can do,” genie says. “I’m not allowed to grant wishes like that.”

“Dang. OK, then I wish that I want to die after Congress gets their heads out of their asses,” the guy says.

“You crafty bastard,” says the genie.

Anyways, my time here this week is tighter than Superman’s leotard. Next week I plan to dish out some sound advice as to which way you ought to vote come November. And if you don’t think I’m able to pass out swell and constructive advice, let me give you an illuminating example from some years back when I was the Shepherd’s advice columnist for one week. It went something like this:


I’ve been having this problem of hearing voices in my head. For example, just the other night I’m in bed lying next to a certain female, and a voice inside my head says, “Relax...you’re not the first doctor to sleep with one of his patients.” But then a few minutes later, I hear another voice reminding me, “Richard, you’re a veterinarian, for crying out loud.” Can you please make these voices stop?

Jeez louise, pally. Hearing voices can be a bitch, I tell you, ’cause who the heck knows where that kind of nutbag stuff may lead, ain’a? In far, far too many cases of voice-hearing I’ve heard about over the years, seems one day some guy’s hearing voices, the next day he’s out carving up Cub Scouts, I kid you not. I’m no expert when it comes to hearing voices, but listen up ’cause I got two words for you: Ear focking plugs. OK, maybe that’s three words. Sue me.

But Richard, before you get the earplugs, please allow my voice to remind you that no matter what one’s profession may be, remember that one is allowed to have a personal life. From your letter, I can only assume that yours includes a sexual attraction to—perhaps even preference for—another species. In this conservative Christian voodoo age, a regular guy can feel like he ought to get fried at the stake just for checking out JC Penney’s latest bra ad.

I admire the courage inherent in the matter-of-fact manner in which you describe your problem—that is, you understand that your problem is not the fact that you’re boning a Doberman, or sheep, or even a goddamn chimpanzee for all I know; no sir, that’s not your “problem.” Your problem is simply only with these voices you hear. Good.

Cripes, I know I don’t think I could take the raised eyebrows the New Puritans would give me if I showed up at a cocktail party or after-hours business function and my date was a focking barnyard animal. And you must remember this: If you ever begin to feel blue from any kind of harassment like that, I can only suggest patience. Remember that medical science makes a bunch of breakthroughs every day, even as I speak. It may seem like only yesterday—when, in fact, it wasn’t—that it seemed really unusual and focking weird that guys could go to Sweden and come back as gals.

So hey, stick to your peccadilloes, Richard, ’cause one day doctors will perfect the species-change operation and then Richard can be Rover and everybody’ll say big focking deal. Now roll over and play dead ’cause I got to go, ’cause I’m Art Kumbalek and I told you so.

Read more::  http://shepherdexpress.com/article-28393-a-category-pour.html
Posted by The Sheriff at 7:31 PM No comments: 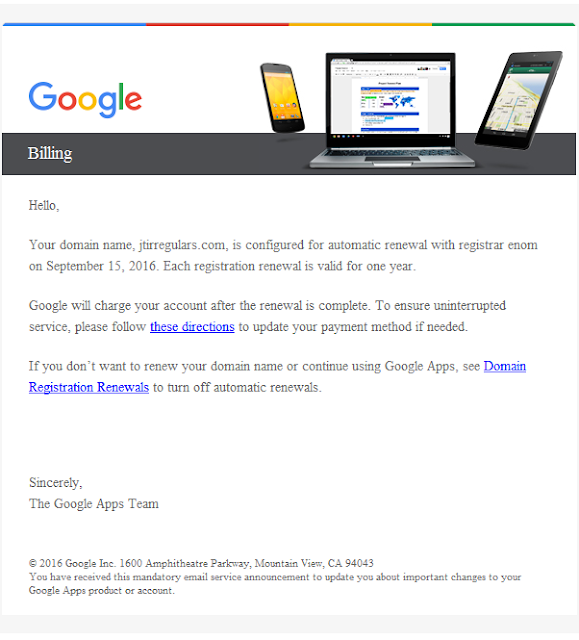 Time to renew out registration as "JT Irregulars."  The cost is $10 for a year.  Are there any volunteers out there to pay the $10?  If so, contact OrbsCorbs at orbscorbs@jtirregulars.com, or, if you know him, use any email that you use to contact him, or just give him a call.  You can also use the PayPal donation widget on our sister site, OrbsCorbs.com.
Posted by The Sheriff at 4:00 AM 2 comments:

Email ThisBlogThis!Share to TwitterShare to FacebookShare to Pinterest
Labels: JTI

Good luck today to all who labor, today and otherwise!
Posted by The Sheriff at 12:00 AM 2 comments:

"Digital distractions: ‘Is my smartphone making me dumb?’ and other digital age questions" 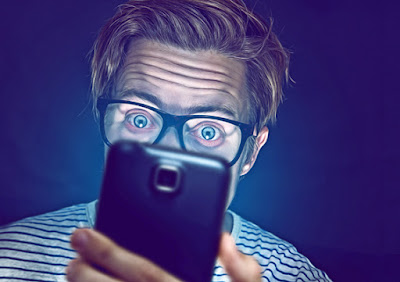 "A growing body of research suggests notifications from smartphones can cause distraction, inattention and even anxiety.

"Polls show smartphone owners spend about two hours per day using their devices, which have dramatically changed how people receive and share information.

"The findings, Kushlev said, suggest constant digital stimulation 'may be contributing to an increasingly problematic deficit of attention in modern society.'

"The researcher, who presented the study at a conference in California in May, emphasized this problem has a simple solution: The phones can be silenced or turned off."