You could donate in the name of that special someone as a Christmas gift.

You could donate to promote real news and real gags.

You could donate because it's the right thing to do.

You could donate just a few dollars.

___________________
Please donate: paypal.me/jgmazelis
If you don't like PayPal, send me a note at jtirregulars@jtirregulars.com and I'll send you my address so you can send a check or money order.  Thank you.
Posted by The Sheriff at 5:59 PM No comments:

I just hope everyone stays safe this weekend with this goofy weather we are having. Well like everyone says this is Wisconsin for you. Please be very careful and safe if you have to go out today or tomorrow we do not want anything to happen to our JTI family. Here are your questions.

1) Have you made Christmas Cookies past or present time?

2) Do you have plans for Christmas and what are they?

3) Have you ever gone to a restaurant for Christmas dinner?

4) Have you finished your Christmas shopping?

Have a safe and great weekend
Posted by Tender Heart Bear at 7:07 AM 5 comments: 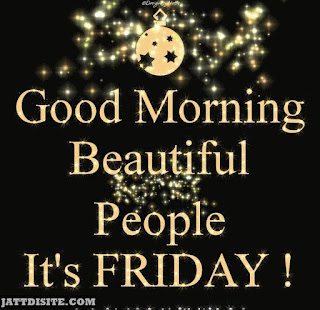 And this blog was on time for once.
Posted by The Sheriff at 12:00 AM 4 comments:

Unfortunately, Madame Zoltar felt ill yesterday and today, so she couldn't finish her blog.  We all wish her a speedy recovery.  Remember, she loves us all.  Hope to see your blog again next week, Madame Zoltar. 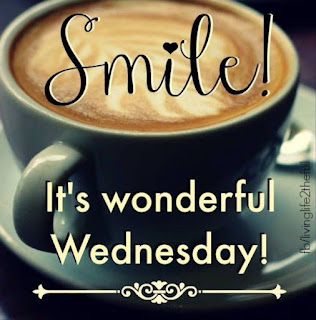 I’m Art Kumbalek and man oh man manischewitz what a world, ain’a? So listen, a hearty “thank you” I’m sending to my faithful reader Ingrid Mae for the fabulous holiday card, and, yes, “libate” I shall, ding dong merrily be high.

Hey, I got something for you’s, slightly used, that might come in handy this holiday season. It’s a little story my buddy Little Jimmy Iodine recalled to me some years ago, about a cave that he’d heard at a kid’s YMCA summer camp his parents made him go to when they thought his interest in being a young man and a Christian was slacking. It may be behoovable to pass this story around at one holiday party or another you may find yourself otherwise freeloading at ’cause what better gift to bring than the gift of mirth, ain’a? You just can’t beat the price; I don’t care what kind of gift-giver you are, what the fock.

Alright already, yeah, it’s not the best joke in the world so sue me, but I bet you a buck two-eighty there will be at least one knobshine at the office party who will swear it’s the funniest focking joke he’s ever heard, and then proceed to completely screw it up in retelling it to every gal at the party by trying to jazz up the punch line, as in “HIBERNATE??!? Cripes Ma, I thought you told me to jack off!”

And you yourself might even get a good laugh if you stick around the shindig long enough, because by then after a tubful of hot focking toddies, this life-of-the-party jackass will really be on a roll and the punch line will have evolved into near fire-his-ass gibberish: “HIBERVENTILATE??!? You got to be jerking my beefaroni, Ma. I thought you said you wanted me to spank my monkey!” Wait, wait. It gets better. So the mother bear says, “What monkey?” The monkey looks at her and says, “Organ grinder? What do I need an organ grinder for when I’ve got a right paw?” And the bear says to the monkey, “So, I guess you don’t come here just for the hunting, do you?” Ba-ding!

Come to think of it, wild animals engaged in the art of self-administered sexual satisfaction is not exactly come-all-ye-faithful seasonal material, which means you’re still short-handed if you expected to get any “gift of laughter” ideas out of me. So I got another one for you that’s got a little religious flavor to it, always tasty given the significance of the Yuletide:

So these three blondes die in a fiery car crash ’cause when they saw a sign that said “Stop,” they weren’t clear as to what it was they were to stop—what, texting? smoking? staying out late? god, these signs along the road are so vague. Now they’ve arrived at the Pearly Gates and St. Peter tells them they can enter if they answer one simple question. St. Peter asks the first blonde, “What is Easter?” And she replies, “No problemo. It’s the holiday on a Thursday when I eat some turkey, then throw up some turkey in the toilet and give thanks.”

“Incorrect,” says St. Peter and asks the second blonde the same question. “Easter is the holiday right before New Year’s when we bring a tree into the house so that we can have presents besides toasting the birth of Jesus.”

St. Peter shakes his head and says, “Not quite.” He turns to the third blonde and asks, “What is Easter?” The third blonde smiles, looks St. Peter straight in the eye and says, “I know what Easter is. Easter is the Christian holiday that coincides with the Jewish celebration of Passover. Jesus was deceived, made to wear a crown of thorns and was crucified. He was buried in a nearby cave, which was then sealed by a boulder.”

St. Peter smiles and says, “Yes, very good.” And the blonde says, “Wait, I’m not finished. Every year ever since, the boulder is moved aside so that Jesus can come out. And if he sees his shadow we’ve got six more weeks of winter, which like totally blows.” Ba-ding!

I hope you don’t avoid regaling your fellow holiday revelers with the above story just because of its religious content. A lot of people feel the religious aspect of Christmas can be a divisive thing, but screw that. This is the time of year to wish for peace on Earth and to generally maintain a positive attitude what the fock, so how ’bout this: If President-elect Orange Circus Peanut and his new buddy Vlad somehow manage to blow up the world before Christmas Day, at least we’ll have a mighty short winter and who can complain about that, ’cause I’m Art Kumbalek and I told you so.

Related:  https://theshepstore.kostizi.com/
Posted by The Sheriff at 12:18 PM No comments: 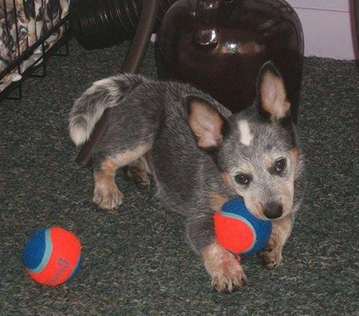 Today, the Racine County District Attorney’s Office dismissed the remaining charge(s) against  Kurt Hanson.
Kurt Hanson was involved in an altercation on 11-1-2014. Due to a botched investigation by RPD, and their subsequent errors, acts and omissions,  Kurt's dog was subsequently killed by RPD do to the failure of RPD to embrace less than lethal tactics. Read more here:

In our opinion, the two previous  public defenders (pretenders) were worthless to Mr. Hanson's defense.

Since November of 2014, we at RCC have advocated on behalf of Mr. Hanson and his dog Angel.

During this time, we have had several meetings with RPD’s Art Howell and the District Attorney’s office concerning Kurt Hanson’s case and the use of less than deadly force.


Albeit this dismissal of charges is late in forthcoming, we believe today’s dismissal of the remaining charge(s) against Kurt Hanson by the Racine County District Attorney’s office to be reasonable,  correct and proper action. 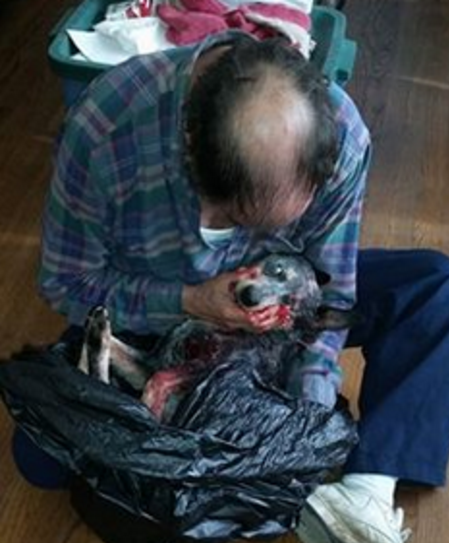 Kurt in the aftermath with Angel


Read about a more recent Racine police murder of a dog here: http://journaltimes.com/news/local/crime-and-courts/family-rattled-after-dog-killed-during-warrant-execution/article_87f58cda-064a-5c9e-9a88-b3cc1be023e5.html
Racine police are out of hand.  Until I read the above, I didn't believe that Racine Police shoot animals to get their rocks off, but now I do.  They thibk they're a fucking army and we're the enemy.

I believe that Police Chief Howell doesn't want the public looking into his operation.  I was at a presentation where he lost his cool when Angel's death was brought up.  Goddamned dog killers.
Posted by OrbsCorbs at 12:02 PM No comments: 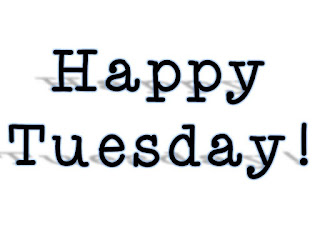 May all your dreams come true today.
Posted by The Sheriff at 12:00 AM 5 comments: 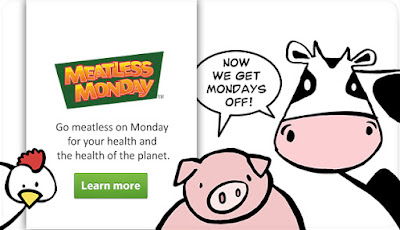