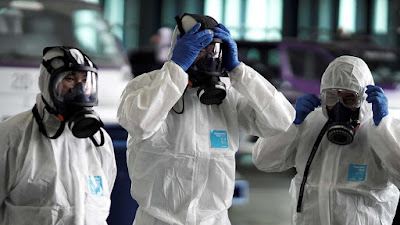 Scientists have discovered a new type of virus, similar to the strain that causes Covid-19, in the dung of cave-dwelling bats in Japan.This was reported by Japanese television, which published data from a group of researchers from the University of Tokyo.

The researchers found the pathogen in the feces of little horseshoe bats in the wilds of Japan seven years ago. A new investigation has found it is strikingly similar to SARS-CoV-2 – the strain of Covid-19.

The genetic make-up of the new virus is 81.5 % consistent with SARS-CoV-2 and the experts say it is the first time that a pathogen similar to the one responsible for the current pandemic has been found in Japan.

Viruses that transfer from animals to humans have been responsible for a range of illnesses, including Covid-19, SARS, MERS, and some versions of the common cold. Thankfully, the scientists say the new virus doesn’t infect humans, although further investigation is needed.

"It is thought that only a small number of coronaviruses are dangerous, but it is undeniable that there are species that infect humans in Japan," Associate Professor Shin Murakami explained. "We will investigate wild animals and promptly investigate the actual situation. We need to figure it out."

This is not the first time that a coronavirus similar to SARS-CoV-2 has been found. Disease-hunting scientists in China have found coronaviruses that are a 95 percent genetic match with the strain that has caused over 1.2 million deaths around the world, according to official statistics.

As we reported earlier, the World Health Organisation (WHO) has asked world leaders to prepare for the next pandemic.

"We must prepare for the next pandemic now," WHO stated in a news release.

"We've seen this past year that countries with robust health emergency preparedness infrastructure have been able to act quickly to contain and control the spread of the SARS-CoV-2 virus."

Posted by OrbsCorbs at 6:57 AM