The negress is seen going totally buckwild, holding the skank, who has bleached blonde hair, up by her hair as she punches her in the face. She then drags her outside the door by her hair, and stomps on her head.

The negress has been identified as Brittany Kennedy, 25, and the skank as Emily Broadwater, 22.

At time of writing, Kennedy has not been arrested because police don’t arrest people anymore. But she has a previous mugshot from back when police arrested people.

That there is a powerful beast.

The incident allegedly started when negress pulled a chair out from under the skank. It has been revealed that the two were acquainted with one another.

At one point in the beating, a black child comes up and tries to grab the skank. At first, I thought this was the child of the negress joining in to help mama beat that white devil (genetically evil). But then I noticed the baby’s skin is much lighter. 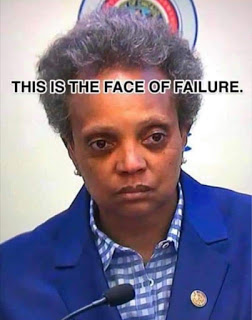