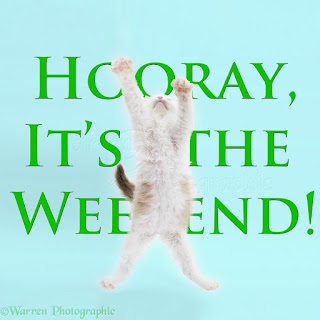 Good Morning everyone one I hope you had a very good week. I know I am posting this early but as usual this time of year I have to go out to Whitewater and deliver some boxes to my daughter she is coming home next month. Here are the questions for this week.

2) Are you told about an event coming up last minute?

4) Are you tired of hearing about the violence that is happening when you do watch the news?

I hope everyone has a great weekend!
Posted by Tender Heart Bear at 4:56 AM 6 comments: 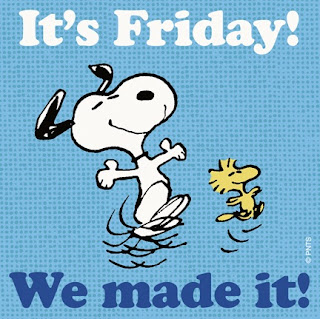 What do you do if some of your friends don't like some of your other friends?  It seems to be that it's one or the other; i.e., there appears to be no middle ground.  You have to choose between one group of friends and another group of friends.  Just like the entire country is polarized.  I talked to a friend who read an article in the New York Times about how current politics are destroying friendships.  I don't know what to do.

Email ThisBlogThis!Share to TwitterShare to FacebookShare to Pinterest
Labels: friends


"RACINE — From all outward appearances, a press conference Tuesday at the Racine County Courthouse had appeared to be the kick-off to District Attorney Rich Chiapete’s re-election campaign.

"But after starting his speech with his background and accomplishments in his office, Chiapete threw a curveball, announcing he will not seek another four-year term.

"Choking back tears, Chiapete said he and his family 'prayed and reflected' on the decision before deciding not to run again. Deputy District Attorney Tricia Hanson, who was present at the conference, will run for the seat in the fall.


"'After careful consideration, we do believe it’s time that I walk a different path,' Chiapete said.

"'It truly has been my privilege and honor to serve all of you.'

"Chiapete declined to elaborate on his decision, saying only it was made with his family. He did not mention any plans after he leaves office, saying 'that stuff will work itself out.'

"Asked if his decision was related to a 2014 drunken-driving crash, Chiapete said 'everything goes into the dynamic. There’s no one overriding factor. I thought it was best for my family if we went a different direction.'

"Chiapete pleaded guilty to first-offense operating a vehicle while under the influence, obstructing an officer and hit and run after striking a traffic light near his home in April 2014."


Obviously, I'm late with this news.  I haven't been paying much attention to local politics lately. I've been going insane instead.

Racine Community Media is reporting that Chiapete has quit:  http://racinecommunitymedia.tumblr.com/post/143482418988/racine-district-attorney-rich-chiapete

Too bad legal stranger is no longer talking to me.  I wonder what the details are?
Posted by OrbsCorbs at 5:10 PM No comments: 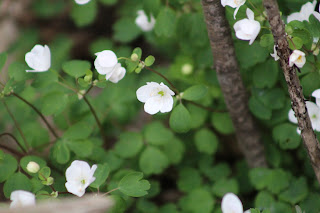 This is a picture of Canada Anemone the picture was taken at Colonial Park in Racine Wi. 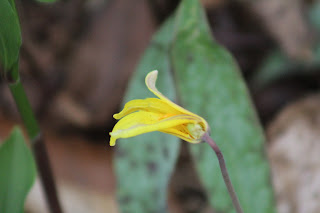 This is a picture of a Fawnlily the picture was taken at Colonial Park in Racine Wi. 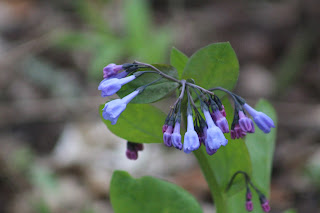 This is a picture of Virginia Bluebells the picture was taken at Colonial Park in Racine Wi. 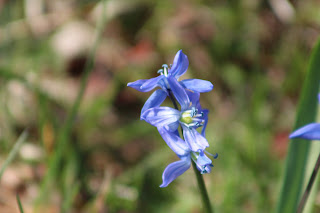 This is a picture of Hoverfly Slender Blue-Eyed Grass the picture was taken at Whitnall Park in Franklin Wi.

I hope everyone enjoys the pictures. and yes, there will be more to come with the wildflowers starting to bloom. 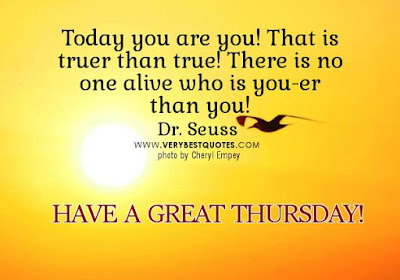 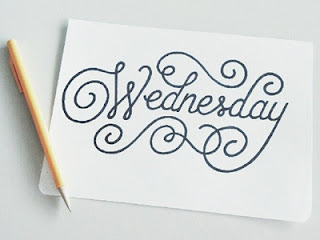 More fancy writing.
Posted by The Sheriff at 12:00 AM 5 comments:

"I met my best friend in the summer of 1972 (I think) at my wife-to-be's birthday party on Zoo Beach.  I was with another woman at the time.  Years later, he'd be the best man at my wedding and I at his.  For most of the time I knew him, he lived mostly in Milwaukee.  His then girlfriend was best friends with my wife-to-be.

"I can't begin to describe all of the nonsense and fun we got into.  Everyone knew we were best friends.

"My favorite memory of him was when he lived on N. Weil St. in a basement apartment in one of the coldest winters ever with a borrowed guitar amplifier the size of a Buick.  We'd drink at nearby bars until closing and then go to his apartment.  Man, was it cold.  And then we would blast the night away with some of the loudest noise you ever heard.  Not one peep of complaints from the other tenants. (?)  And we did this repeatedly, all winter long.

"I could go on sand on with stories about us, but let's just say that we considered ourselves to be brothers, and I still do.  I'll never forget when he visited me at my mother's home near the bottom of my drinking.  He said, 'Orbs, I'll buy you drinks all day long, but don't make we watch you kill yourself.'

"Anyway, fast forward through recovery and sobriety.  We stayed friends.  He and his wife (not the girlfriend I mentioned earlier) bought a house on the cusp of the housing boom.  They got a nice brick home near Capitol Dr. and N. 76th St. There's a school nearby and a huge park.

"Fast forward again to about 2005 and my mother's home is sold.  She and my father never bought, just rented.  Mom had lived in the same place for over 60 years.  Now she had to move.  She did it.  As my friend used to say, 'She's a tough old bird.'

"I was using her garage to store a ton of stuff.  Over the years, I had emptied and refilled her garage three times.  Anyway, there was an old wooden trailer in there that I had to find a new home for.  It was fall and I knew that the trailer would fetch a better price in the spring.  That winter the trailer spent the season behind the garage of the apartment building I was living in.

"Here's where it gets fuzzy, but I don't remember why I didn't sell the trailer.  Somehow, it was decided that I would tow it up to my friend's house and leave it wrapped in tarps and chained to a tree.  It spent four or five yeas there.  Meanwhile, I developed my major stomach problems that took 4 years out of my life.

"Early one summer, my friend called me and asked me to remove the trailer.  I said, 'Sure,' but I talked to his wife and told her how sick I was.  She said don't worry, he has plenty of other things to do.  This happened four or five times.  Then one evening I received a telephone call from my friend using a tone of voice I had never heard before.  It was obvious he was seething with rage, all of it directed at me.  I was to remove the trailer immediately.  I said I'd be there the next day.  When I asked him if there was air in the tires, he screamed at me, 'How the hell should I know?' and he hung up.

"Of course when the next day arrived, I was puking and puking my guts out.  I called and left a message on my friend's answering machine saying I couldn't make it that day because I was going to the ER (which I did).  I told him to give away the trailer, sell it, pay someone to tow it, whatever, get it done and let me know the costs, if any.  The next day I called again and repeated my willingness to pay for things.

:I never heard from or saw him again.  38 years of friendship, down the tubes.  Once I realized the finality of it, it was devastating.  The only thing I could compare it to was when I broke up with my wife.  A huge chunk of me died when that happened.  So much so, that many thought I was a dead man for sure.

"I'd say that breaking up with my wife killed half of me and losing my friend killed a quarter.  There's not too much left.  Better get your shots in while you can.

"It's one of those things that you never really recover from.  You have to walk around it because you can't walk through it.

"The recent loss of some friends left me staggering once more.  This pattern has followed me since childhood.  I get to know someone or some people, and then I move on.  It's obvious that I don't know how to relate to people.  Most importantly, I can't 'read' people.  I take people at their word.  I'm an absolute idiot that way.  64 years old and naive as a three year old.  Something's missing.  Something's broken. I've never been able to fix it, nor has anyone else. I'm a born loser

"As for my 'best' friend, the last I heard, he was in the Elkhart Lake area, but I don't know.  Wherever he is, whatever he is doing., I wish him peace.  I love him and I miss him dearly."

Left to right, the plants are youngest to oldest.  You can see the one on the left is just coming in.  When the time comes, I'll remove the plant on the right and move the other two to the right.  I'll cut the grass off of the old one and rework its soil.  Then I'll plant a new "crop," and put the container at the left on the dresser.  I recently amended the soil in all three containers with slow release nitrogen: Osmocote http://www.osmocotegarden.com/

This is what I'm growing now, but that's because that's what the local grocery store sells: 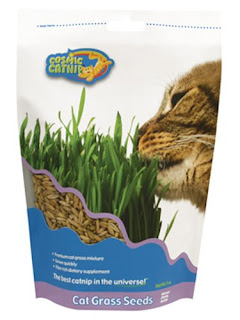 They were carrying a different brand for years and then suddenly switched to this.  This stuff seems to grow more quickly than the old stuff.  In any case, if you google cat grass or kitty grass, you'll see that there are many, many different products out there.  Oats seem to be the common thread amongst them.

Charlie really gobbles this stuff up.  At least once a day, he's at the plants, eating.
Posted by OrbsCorbs at 8:17 PM 5 comments:

Email ThisBlogThis!Share to TwitterShare to FacebookShare to Pinterest
Labels: Cats

I know a lot of you know that Drew was off work last week on vacation. Last Thursday we took a trip out to Horicon Marsh in Lomira Wi to see what the migration has brought up there. I am going to be sharing some pictures from there and some from around Racine Wi.. I really hope that everyone is enjoying the pictures.

This is a picture of a Trumpeter Swan this was taken at Horicon Marsh on Hwy 49 in Lomira Wi.

This is a picture of a Black Necked Stilt this was taken at Horicon Marsh Auto Tour Trail in Lomira Wi. 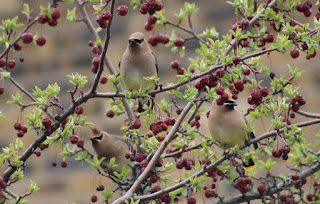 This is a picture of Cedarwax Wings this was taken on 3 Mile Rd in Racine Wi. 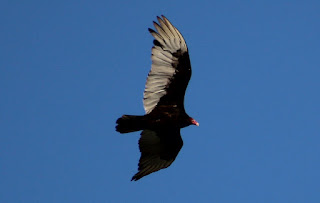 This is a picture of a Turkey Vulture in flight the picture was take at Samuel Myers Park in Racine Wi. 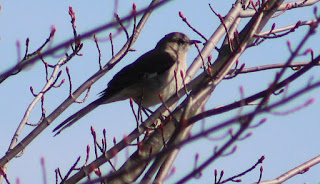 This is a picture of a Mocking Bird this was taken at Shoop Park in Racine Wi. 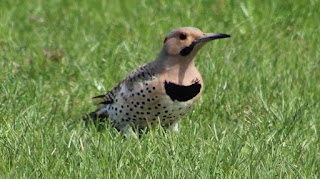 This is a picture of a Northern Flicker this was taken at Shoop Park in Racine Wi.

Posted by Tender Heart Bear at 9:36 AM 3 comments:

Pretty handwriting.
Posted by The Sheriff at 12:00 AM 8 comments: 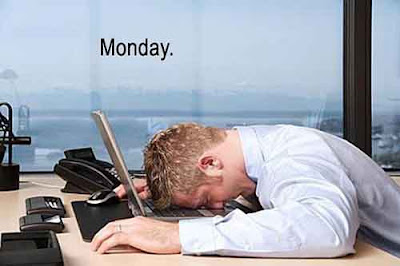