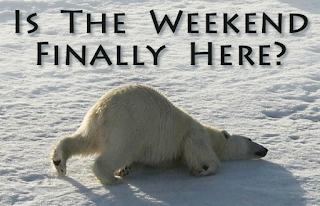 1) When was the last time you have gone driving around to look at Halloween decorations?

2) What was your favorite Halloween costume you remember wearing?

3) Do you ever remember it being cold outside going trick or treating when you were younger?

4) When you were younger when was the last time you remember going trick or treating with your friends?

I hope everyone has a great weekend.
Posted by Tender Heart Bear at 6:37 AM 2 comments:

I have been out taking Halloween pictures along with the Fall pictures. There really is not a lot of Halloween decorations up this year. Here are some of the pictures I have taken. 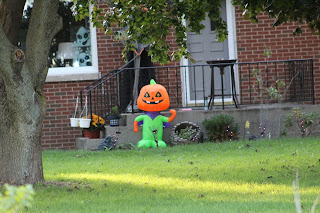 This picture was taken on 59th Dr in Union Grove Wi. 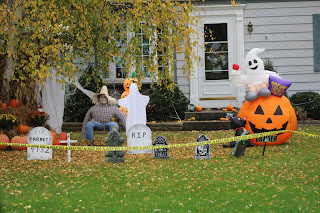 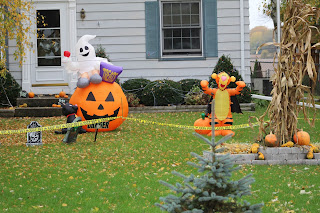 Email ThisBlogThis!Share to TwitterShare to FacebookShare to Pinterest
Labels: Halloween

I am sorry I have not been posting any Fall Colors it has been a real busy couple of weeks for me. I do have some pictures to share with everyone I hope you enjoy them. Madame Z here are some picture for you to enjoy. 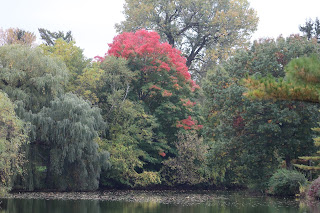 This picture was taken at Angie's Pond in Racine Wi. This is the little island in the middle of the pond. 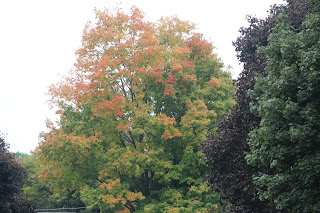 This picture was taken at Angie's Pond in Racine Wi. This was taken down the street from the pond. 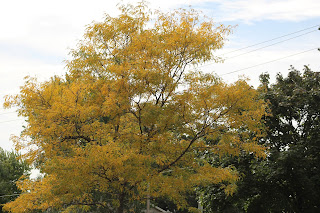 This picture was taken on Nicholson Rd Caledonia Wi.

Hello, my sweets and sours!  How are you?  I'm sorry this blog is so late - I have a hard life sometimes.  At least the weather hasn't been too hard.  I love the cooler nights for sleeping.  However, I loathe what they portend: winter.  Ugh!  I like seeing the colors of fall, but I hate the loss of leaves from the trees.  Everything looks naked.  At least I have my men to rake up the leaves and shovel the snow.  Actually, I think Junior just blows the leaves onto others' property.  We're not too popular around here.

Tonight, the mighty Green Bay Packers take on the Chicago Bears at Lambeau Field.  I hate to say it, but I wouldn't be surprised if they lose.  Aaron  Rodgers may not be the bargain he first appeared to be.

I had some trouble with a prescription over the past 2-1/2 weeks.  You should have seen me: I couldn't walk without falling over, and I wasn't making sense, even to me.  It kept getting worse and worse until I figured out what was going on.  A drug I used to take three times a day, I now take only once a day, at bedtime.  It knocks me flat on my ass.  Why the sudden change in my reaction to a drug I'd been taking for over two years?  Who knows?  Certainly not the MDs.  My doctor didn't seem to think that much about it, but it bothers me.  Of course, this is my body, so it bothers me.  I might cook up something myself for the MDs.  When they start asking questions, I'll just say, "Your internal clock has been reset."  That's how one doctor responded to my questions abbout myself.  7 years of medical school for that: "your clock's been reset."  Sheesh!

Ahh, all of society continues to degenerate.  This is not the world I was born into.  Mine wasn;t filled with liars, criminals, and rats.  One of my few bright spots is this: Dear Madame Zoltar.  Thank you so much for reading my blog.  I love you and all the other visitors to my blog.  Thank you.  I love you.

Want to know what's going on before everyone else does?  Ask madamezoltar@jtirregulars.com

Thanks again for reading my truncated post.  Have fun out there while you still can.  Soon it'll be all white.  Ugn, again.
Posted by Madame Zoltar at 4:01 PM 2 comments:

I’m Art Kumbalek and man oh manischewitz what a world, ain’a? So listen, lately I’ve been hearing much from the orange circus peanut otherwise known as the Republican nominee for president of the United States that the election coming up soon like a bad burrito will be rigged. According to the oranguTrump, the only way he loses is if the Democrats, the media and foreign elites put the fix in—that this election is a shell game played with no focking ball, what the fock.

And I say you got to be jerking my beefaroni. I’ll tell you what a rigged election would look like: You wake up Wednesday, Nov. 9 and find out that America’s new president is Art Kumbalek, and somehow he’s also your vice president, to boot.

Now, a surprise electoral result like that would surely waft a whiff of riggedness your way, ain’a? What would not waft-a-whiff is if on Wednesday, Nov. 9 you learned that a bloviating perverted piece of nonsensical nincompoop failed to win a single electoral vote from a single state in the Union because America is great, what the fock.

And before I forget, let me mention that if I’m on anybody’s Christmas list, besides a check in a nice card for $10 grand, I wouldn’t mind getting the new Brett Favre biography, Gunslinger: The Remarkable, Improbable, Iconic Life of Brett Favre by some New York Times guy, no sir. Jeez louise, who’d really want a biography about them? The backbone of the biography industry is new dirt. No new dirt, no new biography. Instead, you got the old biography that nobody’d buy ’cause it’s already been written and the people already read it. What a racket.

I remember some years ago reading about a new Joe DiMaggio biography that was out and the new dirt they stuffed into the baggage the Yankee Clipper was hauling—Mob cronies, slapping Marilyn around and then stalking her after their front-page marriage was yesterday’s news—the kind of dirt where I had to say, “Hey, is this Joltin’ Joe or Revoltin’ Joe I’m reading about here.”

Where will these dirt diggers stop? For crying out loud, I even heard rumor of a new one on Mother Teresa due to come out that includes some kind of wild shenanigans involving Mazola Oil, Palm Springs, two sets of books and Warren Beatty. The Mother You Never Knew. Available soon.

Hold on, I got a phone call here and I can see it’s my campaign manager Little Jimmy Iodine. Got to take it.

“Artie, I just got the latest numbers from the trolling poll, and guess what?”

“Numbers. Two weeks and change before the election and you’re pulling no numbers. ”

“Not entirely. When you got no numbers, you got no numbers to lose. When you’re this close to the election, you don’t want to start losing numbers ’cause tactically that can be a nutshell you just can’t peel, I kid you not. So at least we’re in good shape that way.”

“So what’s the problem?”

“Off hand, Artie, my take is nobody knows you’re a candidate and if they do, they sure as hell couldn’t care less. Next time before you run for something, put out a highfalutin biography about your life so people think they already know you. That’s what all those dipsticks do. Nobody ever reads them and they all could have the same title—Profiles in Bullshit too Boring to Read but Thanks for Buying It Anyways, Sucker—but having one of these paperweights out in the stores looks good. See Artie, people don’t want to vote for just any jackass. They’d rather vote for a jackass they think they know than some jackass off the street. And they also don’t much care to vote for poor people, especially poor people with any kind of police record. So now you really got your work cut out for you, and how the heck in 21 days you are going to get a life, then write a book about it when you can hardly fill that little article you write in the hippie newspaper, plus win the lottery for campaign finances AND get a pardon from the governor beats me.”

“Issues. Whenever a candidate’s got absolutely nothing going for him, he sells himself on the issues. Losers always pitch the issues big time and nothing but. So Artie, if the shoe fits, wear it. Offer the issues, cheap. Got to go. ‘Simpsons’ are on.”

What the fock. I don’t know if you overheard but it sounds like my reach for the presidency could use a boost but good. So I got to go and make a campaign appearance. I’m thinking the Uptowner tavern/charm school, where I can be issued a tubful of bourbon Manhattan. Come along if you’d like, but you buy the first round ’cause I’m Art Kumbalek and I told you so.

Posted by OrbsCorbs at 10:28 AM No comments: 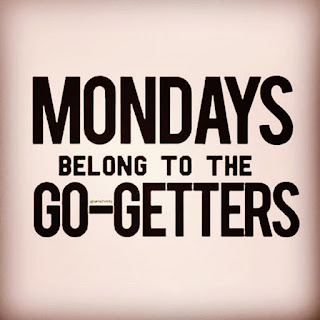 I belong to the gone-gotten.
Posted by The Sheriff at 12:00 AM 8 comments: