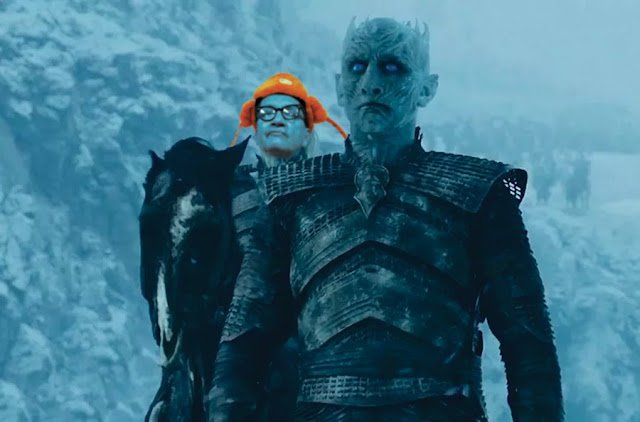 I’m Art Kumbalek and man oh manischewitz what a world, ain’a? So listen, I’m all confused whether March this year is supposed to come in like a lion or a goddamn lamb, what the fock.
And whenever I’m confused, I immediately head over there up by the Uptowner tavern/charm school at the wistful corner of Humboldt & Center for a heady sit-down with my personal brain trust to get myself all straightened out. Hey, tag along if you’d like, but you buy the first round.
Little Jimmy Iodine: I remember reading about some big-time rich guy who offered a million bucks for a husband and wife to go on a 16-month voyage together around Mars and back.
Ernie: I’d volunteer the Mrs. to be the wife and let somebody else’s husband go with her. She’s always bitching how I never take her anywhere; so if some other knobshine wants to take her to focking Mars, focking swell.
Herbie: No husband-wife relationship is without its moments of hell-to-pay. Take your Jesus, for example. There’s been historical scuttlebutt that the guy was indeed married, god bless him. I’m sure there must’ve been times he had to take his sandals off outside the door late at night and then tiptoe toward the boudoir, to be greeted with a wifely “DO YOU KNOW WHAT TIME IT IS, MISTER?”
Emil: Amen!
Herbie: And what, then, is your excuse? That you got tied up changing water into wine and lost track of time? Good luck with that. Many a time have I found myself in a similar dilemma, busy with changing dollars into bourbon, thus losing track of the time on the day of an apparent anniversary or birthday, and never once did the lady find that to be an acceptable excuse for my tardiness, what the fock.
Ray: Speaking of unacceptable excuses…
Little Jimmy Iodine: Hey, Artie! Over here. Put a load on your keister.
Art: Hey gents, what do you hear, what do you know.
Emil: I know I left a message the other week with that sports super-agent Drew Rosencrantz ’cause I’m looking for a new deal. I haven’t heard back from him yet, though.
Julius: What “new deal”? You don’t even have an old deal. You don’t even have a focking job, you focking idiot.
Emil: Doesn’t hurt to try though, ain’a?
Art: I’m thinking of benching myself over at the newspaper for a couple, three weeks. I got this feeling I might be in one of those slumps where I’m just not hitting like I usually do. Maybe I’m trying too hard, trying to do too much.
Herbie: You know Artie, when it comes to being full of crap, you take the turd cake. “Trying too hard”? Hey mister, it’s called work. You sound like one of those overpaid clueless billionaire ballplayers who all of a sudden can’t hit the broadside of a toilet. And the theory they always come up with is “they’re trying too hard,” that they “just got to go up there and relax.” And every Joe Blow sports fan buys it like a hot tamale—except me because this slumpage theory does not cut the cheese in the real world of the working man.
Ernie: No shit, Herbie. Twenty-five focking years ago I ran this very same theory past my last boss. He asked me how come my work always sucked. I said, “The way I see it, I’m trying too hard to make good at what I’m getting paid to do. I need to focking relax, don’t you think?” He agreed. He told me to clear my stuff out in a New York minute or he’d call the cops. I’ve been relaxing ever since. The thing is, I can’t tell if my work’s improved ’cause I don’t do any.
Little Jimmy: Hey Artie, I got a nice story maybe you can put in your little newspaper that the people would like for the Lent coming up:
One time in heaven, Saint Peter said to Jesus, “I’m going out for a pizza pie and I want you to watch the pearly gates. Everybody who comes up, you ask the questions and decide if they may enter.” And Jesus said verily, “No problemo.”
So Jesus was conducting the interviews when he spied a blind and very old man coming toward him. And Jesus said unto him, “Que pasa. Tell me about your life.” And the old man said, “I remember next to nothing about my life, except that I had a son who was very famous on Earth and that I was a carpenter.”
Jesus thought, “A son, very famous, and he was a carpenter. This must be Joseph!” Jesus, with his eyes full of tears, said, “Father?” And the old man, touching the face of Jesus said, “Is that you, Pinocchio?”
(Ba-ding! Hey, it’s getting late and I know you got to go, but thanks for letting us bend your ear, ’cause I’m Art Kumbalek and I told you so.)