The continuing saga of the missing court transcripts 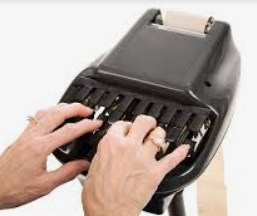 According to judge Gasiorkiewicz, The court reporter's mother had contacted state officials within the court system and informed them of her daughters whereabouts.

The judge further went on to say Brande Browne's mother stated she knew the whereabouts of Brande's stenograph machine and two laptop computers used in conjunction with court reporting. State officials are working to secure the equipment according to Gasiorkiewicz whom informed appalled litigants. 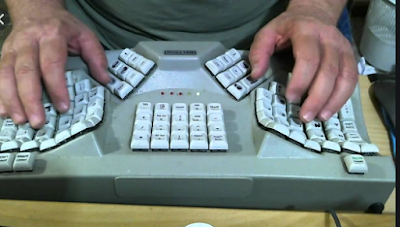 60 days of being AWOL begs CHAIN OF CUSTODY concerns.

Should the court reporters equipment be secured by state officials, the integrity of the files can no way be ascertained do to the lack of chain of custody of the equipment.

The state will have to acquire the pass codes directly from the court reporter to open the files or will they will have to enter the computer files thru a back door.

Either way this court case is simultaneously a lawyers dream and nightmare at the same time while a judge's worst nightmare.

During the ZOOM video conference, discussions between the litigants and the court surmised they may be able to somewhat recreate the court record being both parties received some info from the court reporter on a hearing basis.

Court files are the property of the State of Wisconsin.

Brande Browne is a State of Wisconsin employee. This raises the very interesting questions of who is responsible for the cost of retrieving the documents which were already paid for.

During the hearing judge Gasiorkiewicz stated to the litigants they may have to share the cost associated with the retrieval of the court files.

Let's see how this legally works out.

The State owns the records of the Court.

Court reporter Brande Browne is an employee of the State.

How is it the litigants responsibility to pay again for what they have already paid for ?

This problem was caused by an AWOL state official using state issued equipment under the supervision of a State employed judge conducting State court proceedings!

The litigants have no control or say concerning court records.

We think the judge is off his rocker!

And here is the next kicker.

According to judge Gasiorkiewicz there is two, maybe three other of his court cases missing transcripts.

Can't make this shit up folks.

There is a lot more to this story to be told in the near future, but for now pray for all who are in need.

Posted by OrbsCorbs at 7:13 AM

Ratcine County is a clusterfuck of Incompetent, Lazy and Malfeasant Employees at ALL levels -

Thanks Legal Stranger for the expose!

Anytime TSE .....
The courts hid this unfolding event for months before I got a tip concerning the MIA court reporter.
I promptly passed the info along to Milwaukeee Jounal/Sentinal reporter Bruce Vielmitti and the Kenosha Eye which has been doing a great job in exposing government members in Kenosha County acting very badly.