A Northeast Portland Fred Meyer hypermarket threw out thousands of perishable items on Tuesday because it suffered power loss due to a winter storm. Images of the food quickly spread on social media as working-poor folks stormed the dumpster. Shortly after, a store manager called the cops, which prevented hungry people from taking free food.

The Oregon Live reported workers at the Hollywood West Fred Meyer threw away thousands of items "deemed no longer safe for consumption" on Tuesday following a severe winter storm knocking out power to the store.

Working-poor Portlander stormed the massive dumpster on Tuesday for hopes of free food. They found a mountain of cheese and meats and juice and all sorts of foods stacked to the brim of a dumpster. 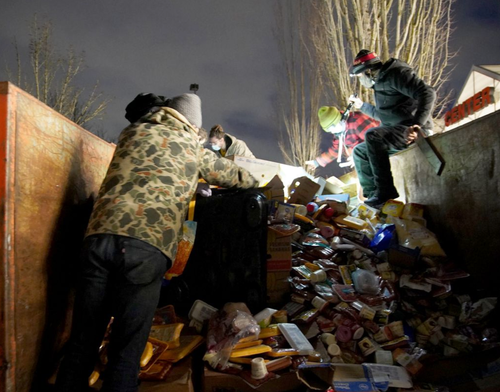 After a crowd developed, the store manager called Portland police.

Morgan Mckniff, a social justice warrior in Portland, said a dozen officers, some without masks, arrived on the scene and guarded the dumpster, ensuring no one in the community took the food.

Portland police said the store manager called officers after employees "felt the situation was escalating and feared there may be a physical confrontation," a police spokesman said.

Simonis said, "when I arrived on at the Hollywood @Fred_Meyer in Portland this evening, I was greeted by 12 @PortlandPolice officers who were apparently guarding two dumpsters full of food that mutual aid orgs were trying to distribute and hungry folks were trying to eat." 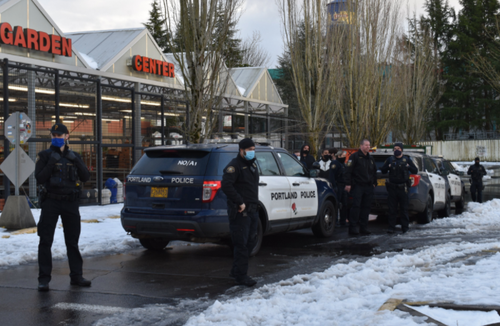 The amount of food Simonis documented in a series of posts was immense.

"And the meat. so. much. meat. think of all of the people hungry in warming shelters that would have LOVED some beef or a shrimp cocktail or a SIDE OF SALMON it is a white legacy to strip the water of salmon and throw it away with no thought for the fish or people," Simonis said. 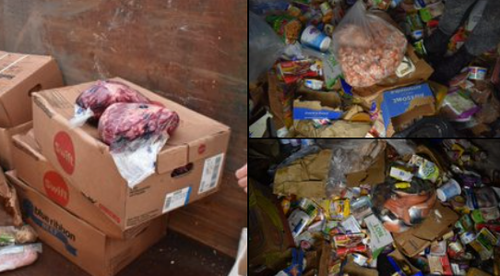 Simonis said it appeared the store cleared out anything that was refrigerated. 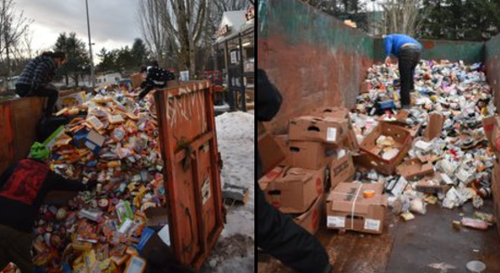 Simonis pictures of working-poor folks gathering food, many of whom are already dealing with food and housing insecurities. 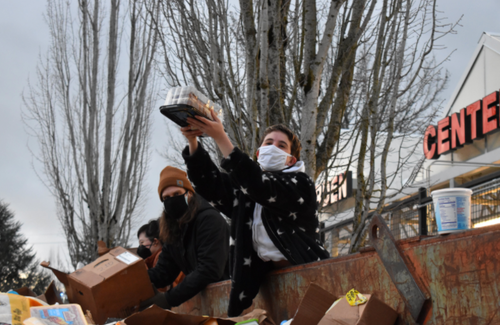 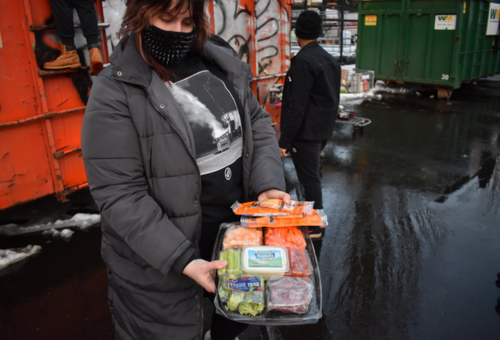 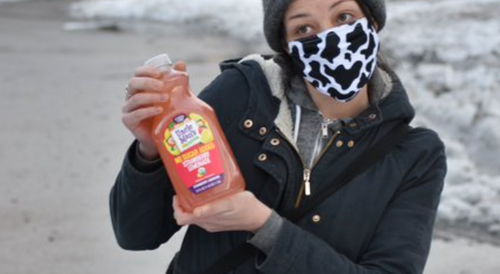 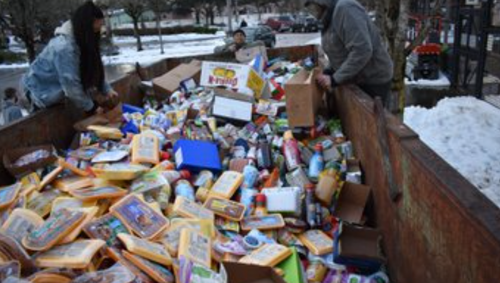 Fred Meyer eventually had to bring in a couple of dumpsters to dispose of the food. 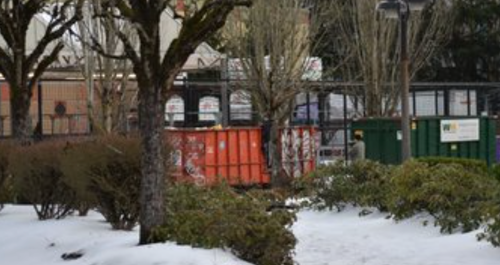 The company eventually released this statement:

"Unfortunately, due to loss of power at this store, some perishable food was no longer safe for donation to local hunger relief agencies. Our store team became concerned that area residents would consume the food and risk food borne illness, and they engaged local law enforcement out of an abundance of caution. We apologize for the confusion."

With food banks overwhelmed, millions without jobs, an eviction crisis, soaring food/housing insecurities, and out-of-control inequality produced by the Federal Reserve, who would've ever thought Americans would be dumpster diving for food in 2021.

Posted by Clint Teeters at 6:57 AM