Florida has no income tax. Tens of thousands of middle-class and wealthy families living in tax burden blue states are packing up their bags and moving to the tax-friendly Sunshine State. While tropical weather and lower taxes are a relief for many Northerners who have moved, many are now finding out that property insurance rates are out of control.

Insurance Business Magazine reports some property insurance companies registered with the state to increase their rates by double-digit rates.

"Florida's insurance market is one of the most complexes in the world," Florida's Office of Insurance Regulation spokesperson Karen Roach told News 6 WKMG. 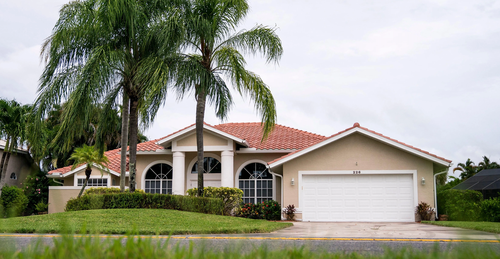 "The property market is facing significant challenges, as the frequency of claims increases and those claims become more expensive," Roach said.

Federal Association of Insurance Reform president Paul Handerhan said that after years of natural disasters, such as hurricanes, "the vast majority of the insurers who are writing homeowners' insurance in the state of Florida have been posting underwriting losses for the last five years."

Rate increases among property insurers are bad news for the working-poor as it could make owning a home in the state unaffordable.

"I was flabbergasted," Karlos Horn,35, told Reuters, who owns a single-family home in Hendry County, Florida. He said his premium doubled to $200 per month last August.

Horn said his monthly insurance payment is about half of his $400 mortgage payment. For many low-income folks, like Horn, owning a home in the state as insurance premiums surge will take away consumption to much-needed services industries, such as restaurants and department stores.

Lee Gorodetsky, an insurance agent in Fort Lauderdal, said he could not remember such steep rate hikes during his three-decade career. "The last two years have been the worst we've seen," he said.

Florida's insurer of last resort, Citizens Property Insurance Corp, have said many folks are turning to them. The firm handles high-risk customers who cannot obtain other insurance or must pay too high rates.

As of Feb. 5, Citizens reported a 23% increase in policies from a year ago. "The growth signals an unhealthy broader market by showing that industry experts said that typical coverage is not as widely available," Reuters said.

Insurers pass along costs to consumers in the form of premium increases making affordable living in some parts of the state unaffordable. These are some of the hidden landmines that one should consider when moving to the state.

Posted by Clint Teeters at 7:06 AM

A big Fuk U to all Da Boomers and State of WI Retirees who moved their asses out of WI to evade State income and property taxes.