RACINE COUNTY, Wis. - The Racine County deputy wounded in an exchange of gunfire with a gas station shooting suspect is now at home but has a long recovery process ahead.

As an undercover investigator, the deputy's name is not being released – but that is not stopping his friends from finding a way for him to be recognized.

The shooting unfolded at a Mobil gas station on County Highway K the morning of July 13. The deputy was shot while pumping gas.

The sheriff's office says 32-year-old John McCarthy shot and killed 22-year-olf Anthony Griger while trying to steal his car at another gas station. When the car wouldn't start, McCarthy drove 2 miles to the Mobil and tried again; there, the person he approached was the plainclothes deputy.

"There’s no doubt in his mind even. He said if it was anyone else, any other normal person out at 7 or 7:30 in the morning getting their gas, getting their coffee in the gas station, that person most certainly would have been dead," said Angie Sadowski. 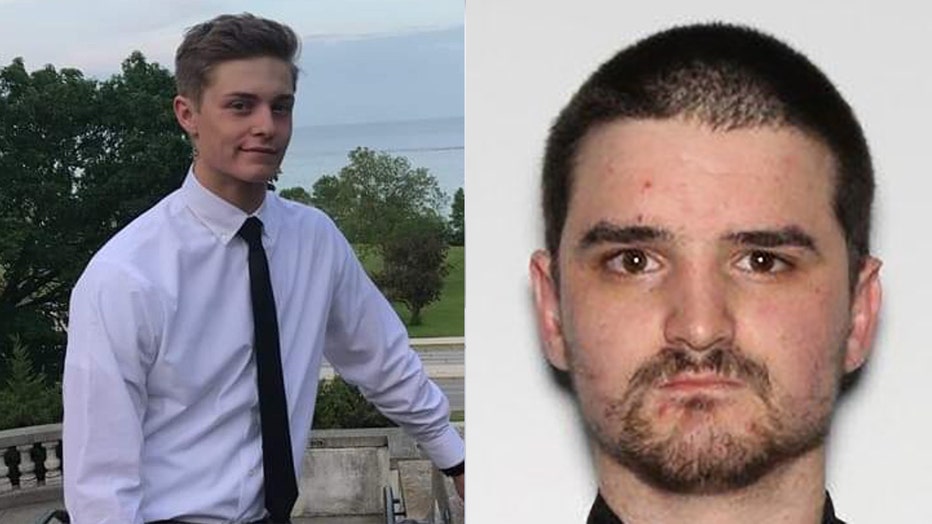 Sadowski has known the deputy for decades. Officials say the deputy and McCarthy exchanged gunfire before McCarthy shot himself in the head. No one else was injured.

"He deserves every amount of recognition. He deserves a parade. He deserves planes flying overhead with his name and everything that we could possibly give him," Sadowski said.

FREE DOWNLOAD: Get breaking news alerts in the FOX6 News app for iOS or Android.

To help him through the recovery process, Sadowski set up a GoFundMe online fundraiser to raise money for the deputy. She said the community should be thankful it was him pumping gas that day.

"He verbalized that, said that ‘I’m glad that it was me and not anyone else.’ I mean who says that?" said Sadowski. "Who gets shot a bunch of times and is in the hospital with broken bones and then says I’m glad it was me instead of somebody else? I don’t know who else would do that."

Sadowski said the deputy was shot three times and is now at home recovering, but it is expected to be a long process.

Posted by OrbsCorbs at 4:15 AM