"The Sacramento area man charged with attempted murder for allegedly shooting his 50-year-old Shingletown son because he did not like his country music karaoke singing pleaded no contest today in Shasta County Superior Court to assault with a firearm.

"The attempted murder charge and an illegal discharge of a firearm count were dismissed, as were a series of related enhancements.

"Oller, who was had been scheduled to start standing trial on Sept. 25, was arrested on Jan. 26 after he was accused of shooting William Carr Oller Jr. at his son's Shingletown home."

If he doesn't like what his son is wearing, he runs him over with a car.

How Do You Breathe? 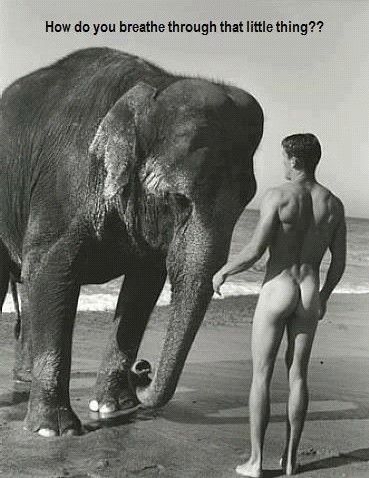 Canadian TV, there was a black comedian who said he misses Bill Clinton 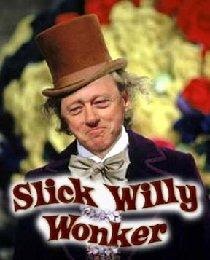 "Yep, that's right - I miss Bill Clinton! He was the closest thing we ever got to having a real black man as President.

Number 3 - He had his way with ugly white women.

Even now? Look at him ... his wife works, and he doesn't! And, he gets a check from the government every month. Manufacturers announced today that they will be stocking America 's shelves this week with " Clinton Soup," in honor of one of the nations' distinguished men. It consists primarily of a weenie in hot water.

Chrysler Corporation is adding a new car to its line to honor Bill Clinton. The Dodge Drafter will be built in Canada .

When asked what he thought about foreign affairs, Clinton replied, "I don't know, I never had one."

The Clinton revised judicial oath: "I solemnly swear to tell the truth as I know it, the whole truth as I believe it to be, and nothing but what I think you need to know."

Clinton will be recorded in history as the only President to do Hanky Panky between the Bushes."

"Pour some lukewarm water over it."

"Tried it, now the computer doesn't work at all." 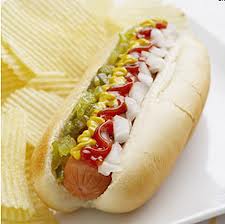 Between Memorial Day and Labor Day it is estimated that 80 million hotdogs are sold.

"Supercar owners living in an exclusive high-rise apartment block can now park their beloved motors from their - LIVING ROOMS. Hamilton Parks in Singapore is a brand-new 30-storey development where flats cost between £6 and £15 MILLION. But with parking in the city limited, the skyscraper designer came up with an innovative way of parking some of the planets fastest cars. Residents simply drive their 200mph motors into a biometrically-controlled lift at the base of Hamilton Parks on the city's swanky Orchard Road."


If you have the money, can you park an old beater in there? Would the neighbors complain?
Posted by OrbsCorbs at 11:39 PM 3 comments:

'Til We Meet Again

That video is two years oold. They have grown since then. One of their stores is coming to Southridge Mall: http://www.jsonline.com/business/casket-store-set-to-open-in-southridge-e16n0uc-168225486.html.
Posted by OrbsCorbs at 11:23 PM 4 comments:

Hello everyone! Another week of Four for Fridays is here! Are you glad! It has been a long and interesting week so far. Looking forward to the weekend! Here are some questions for you....

1) What does Labor Day mean to you?

2) Do you write yourself reminder notes?

3) What kind of home remedies do you know or use?

4) What is your favorite high school memory?

Posted by drewzepmeister at 5:01 AM 29 comments:

I'm putting this on my Christmas wish list.
Posted by OrbsCorbs at 10:21 PM 4 comments:

Having trouble with the login bar at the top of the page?

I am.  It takes forever to load, or doesn't load at all.  That's in Firefox.  Internet Explorer 8 seems to load properly.  I assume that someone is working on the issue.
Posted by OrbsCorbs at 8:34 PM 5 comments:

Email ThisBlogThis!Share to TwitterShare to FacebookShare to Pinterest
Labels: Alert

The Brain at Work 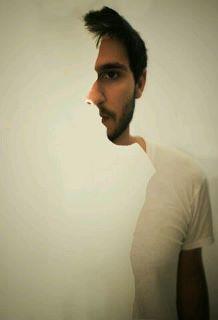 Stare at this picture carefully and you will see this man turn his face.
Posted by OrbsCorbs at 8:23 PM 5 comments:

That's beautiful.
Posted by OrbsCorbs at 1:19 AM 4 comments:

It's that time of year again my Irregular friends. Time for the JTI Fantasy football league! Invites went out to last year's managers but we still have open spots and we have to draft by Labor Day! If you are interested in participating (It's so easy and we are helpful!), send me an email at cjlarsen68@wi.rr.com and I will send you an invite. And to Orbs, you haven't joined this year yet! Check your email.
Posted by RWWackoStu at 8:33 AM 7 comments:

Hello, my marvelous Martians!  How are you?  Curiosity roves the silent red planet, oblivious to the daily bedlam on Earth.  If I could, I would live up there.  It’s visually stunning, but the environment is not human-friendly.  Some of my customers would also object to the commute.

Our weather has been more or less seasonal, but things are supposed to really heat up again tomorrow.  Don’t write off the summer of 2012 just yet.  The sun and heat will be appreciated by our vegetable gardens, which we’ve had to water all summer long.

Time does fly as you get older.  My blog next week will appear in September.  September?  I’d swear it was June just yesterday.  Oh dear.

As we approach the big election, my business picks up more and more.  Most people want to be reassured that their candidate is the one.  Who am I to shatter their dreams?  Personally, I believe that no matter who wins this election, the people of the USA will lose.  Again.  We are a good people, but many of our leaders are corrupt.

Oh my, how did I get started on politics?  Never discuss politics, religion, or sex with other people and you will avoid most conflicts.  It will be boring, but peaceful.

Instead, let’s talk about road construction in and around Racine.  I don’t think it’s ever been this bad before.  So many projects at once is idiotic.  The Four Mile project has been delayed and delayed.  Not only is it hard to get around the north side, but if you live near one of these projects, you get to put up with all the noise, dust, and congestion.  We should start a pool for each project on when the concrete will be first busted up because something wasn’t done right.

Of course the special project is the roundabout in front of City Hall.  The city has to kick in nearly $1 million for the state funded project.  (Somehow, we always have money for these things, but not for streetlights or more police.)  One of my favorite blogs on the subject is Mr. OrbsCorbs’ “Computer Generated Preview of 6th Street Roundabout:” http://www.jtirregulars.com/2011/03/computer-generated-preview-of-6th.html
7th Street has been shut down entirely, although you can cross at Wisconsin Ave.  An aerial view would probably look like a partially bombed out city.

Finally, my dears, I can predict a massive increase in political advertising, robocalls, and mailings.  Many of these are created with the intent to incite people.  They are rude, crude lies.  Let’s not allow our political affiliations affect our normal discourse and interactions with others.  It is going to get nastier as the campaign wears on, so please start practicing tolerance now.

Thank you, my deer and does, for reading my blog this week.  I love the visits and I love the attention.  And I love showering it right back on you.  Thank you for spending time with me.

Who wrote the Book of Love?  Find out: madamezoltar@jtirregulars.com.

Have a good week, one and all.  Next Tuesday the children go back to school, so a keep an eye out for the buses.  Live, love, learn.  Geloscopy!
Posted by Anonymous at 2:00 AM 4 comments:

It must be good stuff.
Posted by OrbsCorbs at 9:08 PM 2 comments:

HOW BOOBS GOT THEIR NAME

I had no idea!  You learn something every day.

This is much simpler than I thought !