Be there, or be square.
Posted by OrbsCorbs at 8:43 AM No comments: 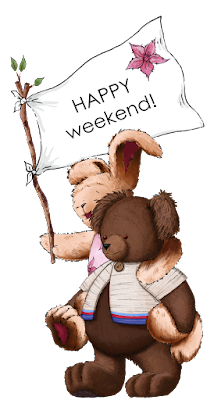 I hope it's not too cold to enjoy yourselves on this weekend.
Posted by The Sheriff at 12:00 AM 2 comments:

Good morning to everyone  I hope your week was alright. With the nice weather last weekend I hope you were able to get out and enjoy it since this weekend is going to be another cold one. Here are your questions.

1) Who do you think will win the Pro Bowl on Sunday AFC or the NFC?

2) Who remembers Mary Tyler Moore she passed away this week?

3) Did you watch any of the t.v. shows or movies Mary Tyler Moore was in?

4) What t.v. shows or movies did you see with Mary Tyler Moore?

Have a great weekend!
Posted by Tender Heart Bear at 6:20 AM 4 comments: 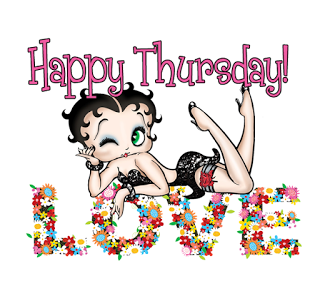 I posted a video with George Michael singing on OrbsCorbs.com. I had no idea he was discovered dead in bed on Christmas morning.

Last year hit many of my favorites in the music industry. Let's see what happens this year; provided that I, too, survive it.
Posted by OrbsCorbs at 5:02 PM No comments:

Dear Before and After Pictures!  How are you?  We've been experiencing Sherlock Holmes weather: gray and damp/drizzling.  It's better than below zero, but not much.  Ms. Tender Heart Bear says it's even too foggy for Mr. Drewzepmeister to go bird watching.  She also told me that Ms. Lizardmom recently had eye surgery and, so far, everything looks good.  (Get the pun?)  Stay well, my dears.  We need healthy Irregulars in order to recruit others to our site.

Of course, by now just about everybody has learned of the Packers' loss and the end of their season.  I was also told by Ms. Tender Heart Bear that Aaron Rodgers was crying after the game.  And with all of their injuries, the flu bug was also working its way through the roster.  Some might say it's miraculous that the Green Bay Packers played as well as they did.  Let me add myself to Aaron Rodgers tears.   I hexed or cursed no one.  Maybe I should have given a wink or two to the Atlanta Falcons.  You know, just break a few bones and stuff.  Well, the Pack played to the best of their ability, but it wasn't enough to overcome their obstacles. n
Another game that Racine taxpayers will probably lose is that of Machinery Row and the arena proposed by Mr. Mayor Lying John.  Everything he does adds to the rot outside of downtown, and in it, for that matter.  Whatever happened to the days when a mayor would just govern us, not make and liable for his real estate games?  Just how many broken down homes are owned by the city?  No one knows, or isn't telling.  In fact, if you watch videos of Common Council meetings, there's a lot of things that nobody knows the truth about.  It seems as if Alderman Sandy Weidner is the only one willing to ask questions and take the heat for daring to ask questions of Mr. Mayor Lying John.  He rarely answers them, instead deferring to his cousin and City Administrator Tom Friedel, who also rarely knows the answers to any questions.  They all act perturbed that anyone dares asks questions of them.  They want all of our money, but none of our input.  Things are decided long before they come before the Council for a vote.  It's all lies and smoke and mirrors.

How does he get away with it?  Apparently no one cares until they are hit in the pocketbook.  By that time, it's too late: Mr. Mayor Lying John has stolen millions this way.  None of his friends have trouble with City Hall, but all others are deemed "enemies" and treated thus.  I don't know how far and deep the corruption goes.  I do know that way back when Mr. Mayor Lying John was involved in legal dealings with Mr. Bill Bielefeldt and his claims of improper lead remediation.  Sure enough, lead paint and other contaminated materials were all over the place.  I spoke with an official at the state EPA about it.  They, too, were very circumspect about the whole deal.  They kept telling me they had already dispatched a remediation team to Racine to instruct the contractors on proper techniques.  As soon as they left town, the contractors returned to their former practices.  The state EPA didn't want to hear this.  They dismissed me.  So, who knows how far the corruption has spread?  Who is going to risk their name and having their careers destroyed in a futile effort to save Racine from itself.  Say, "Baa-baa!"

Of course, our Chief of Police Art Howell announced there was no wrongdoing on the department's behalf when the latest dog, Sugar, was murdered by the police while retreating from the police.  There's talk of an enforcer on the squad.  If so, we want to get rid of him or her.  How come the Kenosha Police haven't been called in to make a determination?  Letting the RPD evaluate the RPD is rather boneheaded. Killing a pet is the next worse thing to killing its owner.  I no longer trust or respect RPD or City Hall.  Filled with liars and thieves.  I know one gentleman who arms himself whenever he hears the Racine police are in the area.  "I'm not going to be their next victim," he says.  "They're definitely in need of weapons training."

Well, I guess it's time to go.  I'm late with this blog.  But my love for you continues 24 hours a day, 7 days a week.  No mater what happens, Madame Zoltar is there to help you.

What did the police do with Sugar's body?  Ask madamezoltar@jtirregulars.com

Thank you for reading my blog.  It's a good day for reading or sleeping.  I'm not going out unless I have to.  It's supposed to be pretty cold by this weekend.  Be careful of any snow or ice.  I love you all. 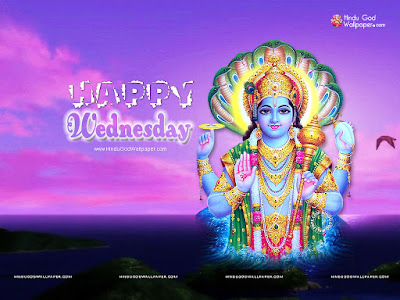 That thing has four arms.
Posted by The Sheriff at 9:33 AM 3 comments:

"Ask What You Can Do to Your Country"

You bet I feel your pain, and so I turn toward my performance of good works directed at healing, and where better to commence than up over by the Uptowner tavern/charm school majestically crammed onto the corner of wistfully hysteric Humboldt Boulevard and the fabled Center Street—where today is always at least a day before tomorrow, and yesterday may gosh darn well be today. Come along if you’d like, but you buy the first round. Let’s get going.

Ernie: How ’bout that price for electricity these dark days, jacked up to where a guy’s got to take out a loan every month when he gets his bill, what the fock.

Herbie: Bitch all you want, but it might be wise to recall the words of ol’ Lonesome George Gobel: “If it wasn’t for electricity, we’d be watching TV by candlelight.”

Little Jimmy Iodine: Which reminds me, I hear the difference between President Trumpel-thin-skin and a sack of manure is the sack. Is that true?

Herbie: Could be one of those what-you-call alternative facts, like, Columbus discovered America.

Julius: Or, smoking’s bad for you.

Herbie: For your health, drink only in moderation.

Little Jimmy: It’s a lucky thing none of us guys drive. The people in Cheeseland better keep at least one eye on the drinking-and-driving law these days, ain’a? Sure as shootin’, more and more people are getting pulled over by the law on suspicion of exceeding the lush limit than they did years ago.

Ray: My sister’s kid just got his driver license and would be new to the trial and tribulation of being stopped by an eagle-eyed traffic officer. So I told him two things right off the bat that you never, ever want to ask suspicious law enforcement: “Could you hold my beer while I find my license?” and “Hey officer, is that a nightstick or are you just glad to see me?”

Herbie: All things equal, the best place to be if you’re going to be putting on the binge is within the friendly confines of your own abode—alone. Makes sense, don’t it? Just set up an ashtray, sit wherever the fock you want, no unsolicited bonehead conversations. Hell, the only jag-off you might encounter is yourself, and you know how to deal with that knobshine—have another cocktail, ain’a?

Ernie: I know it’s a goddamn shame it wasn’t you getting sworn in for the inauguration down in D.C. the other day, Artie.

Ray: He wouldn’t have had time. He’s got his hands full getting sworn at.

Art: Thanks, Ernie. I guess I just didn’t get enough of the illegal immigrant vote, which I hear was huge.

Julius: Those Republicans, they got to suppress all kinds of group votes except the illegal immigrants, and, of course, the focking nutbag white cracker vote.

Herbie: And I wouldn’t have been surprised if right after taking the oath of office, Trump would’ve whipped out a pistol and shot the outgoing president. He’d probably say, “Hey, I noticed the black guy going for his pocket. I thought he might pull out a knife like a regular Julius Caesar or something. I stood my ground ’cause I’m, like, really smart. That’s why we’ll make America great again, really great.”

Emil: I’ll bet in one of those alternative factual realities, that happened, ain’a?

Posted by The Sheriff at 2:40 PM No comments: 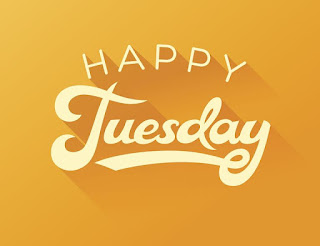 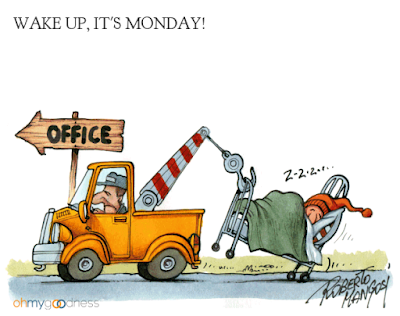 Special Delivery!
Posted by The Sheriff at 12:00 AM 4 comments: