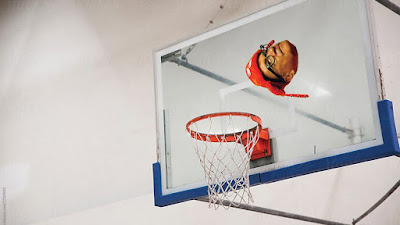 I’m Art Kumbalek and man oh manischewitz what a world, ain’a? So here we go again in that I hope you had a safe and uneventful St. focking Patty’s Day-long bender. Yeah, St. Patrick’s Day? It’s more like St. Patrick’s month-and-a-focking-half stinking up the air of my early springtime. Yeah, that stupid focking holiday during which every Tom, Dick and O’Knobshine likes to pretend they’re Irish even if they’re capable of holding a steady job for longer than a day or two. Go figure.
I’ve got not much truck with all the fake Gaelic gaiety of drinking verdant beer the day long ’til the pukin’ o’ the green puts the nightcap on a fun-filled festive holiday celebrated by drinking cheap beer from the crack of dawn to the crack of your face-down head on the pavement, what the fock.
I get confused by this whole damn folk-fair ethnic thing all the time ’round our town these days. I mean, Irish, Scottish—one of this bunch of guys wears skirts, and one doesn’t ’cause I guess they’re too busy selling their kids for whiskey; does it really matter which? Is not a cultural heritage a cultural heritage and should we not respect it as such, in this day of the age?
Fock if I know. But I do know this: We got an America’s Dairyland election for our state’s Supreme Court coming up like a bad burrito on April 2. You betcha I thought about tossing my cap into that ring. But then I wondered why would I choose to serve only Badgerland as a state Supreme Court justice for about $146-grand a year when maybe I could serve the nation as a U.S. Supreme Court justice for about $255-grand each and every year? Hey, you tell me.
And it’s quite possible that Trumpel-thinskin could get a shot at filling up at least one hole on our country’s high court before he gets locked up in some kind of institution. (You know, I really miss Barack Obama. Hope things are going well for him back home in Nairobi.)
When that time comes that any president seeks an appointee, I hope he or she recalls that I was nominated for Milwaukee County reserve juror duty the other year. I never did get called, but I’m thinking that my willingness to serve, so as to dispense some hardline justice at the drop of a hat will have caught that president’s eye.
(You know, you don’t have to be lawyer to be on the U.S. Supreme Court. And even if you were, let me ask you this: What do you call a lawyer who doesn’t know the law? A judge. Ba-ding!)
As a service to our country, number one on my agenda as a justice would be to seek a way to remove all members of the Republican Party from political office. My judicial philosophy would be “Constitution, Schmonstitution!” The same philosophy a bunch of Supreme Court justices used to put George W. Bush’s bumbling lying ass in the White House a while back.
And speaking of lawyers, I’m reminded of a little story:
The madam opened the brothel door and an elderly man asked to see Nadine. The madam said, “Sir, Nadine is one of our most expensive ladies, perhaps someone else...” But the man interrupted and insisted to see Nadine, who happened to appear and announce to the old man that she charges $1,000 per visit. The man immediately reached into his pocket and handed her 10 $100 bills. The two went up to a room for an hour, after which the man calmly left.
The next night, he appeared again, demanding to see Nadine. Nadine said that no one had ever come back two nights in a row and that there were no discounts—it was still $1,000 a visit. Again, the elderly man took out the money, the two went up to the room, and an hour later he left.
Of course, he showed up a third consecutive night. He handed Nadine the money, and up to the room they went. At the end of the hour, Nadine was curious: “No one has ever used my services three nights in a row. May I ask where you are from?” “Kalamazoo,” the man said. Nadine said, “Really? I have family there.” And the man said, “I know. Your father died, and I’m your sister’s attorney. She asked me to give $3,000 to you.” Ba-ding!
Anyways, I got to run so I can use up as much company time as possible so’s to fill out my NCAA basketball tournament goddamn grid. And I got a hot tip for any of you’s who may find themselves floating in the same bracket pool as yours truly: Pencil in Farleigh Dickinson to cut down the final-game nets, I kid you not ’cause I’m Art Kumbalek and I told you so.

From:  https://shepherdexpress.com/advice/art-kumbalek/pardon-my-bracketosis/
Posted by The Sheriff at 5:00 PM