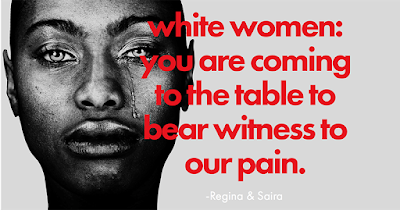 A group headed by a former congressional candidate is offering private dinners exclusively to white women, where they are lectured about how racist and supremacist they are, even if they don’t realise it.
The organisation, co-founded by self described ‘racial justice activist’ Saira Rao, has called itself ‘Race To Dinner’, and claims to provide a way for women to alleviate their white guilt.
The group’s website explains that white diners are able to “bear witness” to the pain of “Black and Brown” women, while noting that the event is not actually for them because “you and your dudes wrote the book,” on white supremacy.
The organisation states that “as a white person in America, you are an active participant in upholding white supremacy,” even if you actively denounce racism.
In other words, it’s not OK to be white.
“Black and Brown” people are “on the receiving end of white supremacy” while white women “are on the giving end.” the diatribe continues.
The website is replete with statements about how white women need to be made to feel uncomfortable and how ‘the truth’ must be heard.