"POLL: Should a proposed inner-city candy store be allowed to have security bars on its windows"


The Journal Times is running a poll on Dickert's veto of personal property rights regarding burglar bars on an inner city candy store: http://www.journaltimes.com/polls/html_25273f5a-cdab-11e0-9f75-001cc4c03286.html.
Please vote.

OK, I know it's dark. It's also old. And it's also one of those "screamers" that Toad doesn't like. (He's screaming, "A man/Has gun/Hey man/Have fun".) But I've heard this song on the radio three times in the past few days. Is somebody trying to tell me something?

http://www.smellypoop.com/facts_about_poop.php
Everythihg you always wanted to know, and probably a lot you didn't.

Email ThisBlogThis!Share to TwitterShare to FacebookShare to Pinterest
Labels: poop 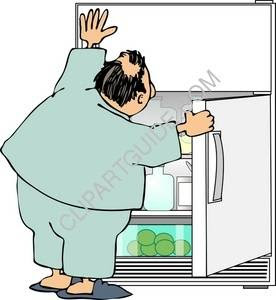 Have you ever found something lurking in the back of your refrigerator?

Yesterday I saw something, a little baggie hiding out, reached back, pulled it out and it started waving at me!

I bought some beef sticks at Mars Cheese Castle a couple months ago and they accidentally got pushed all the way back. They were scary...

Remember months ago I talked about forming pubic opinion?

Yesterday there were news articles about how Verizon workers had skewed unemployment figures. "They were responsible." I hate it when those that pull the strings outright lie in order to further their goals. Too often now people are just not capable in dealing with simple mathematics and because a news article reinforces their beliefs, they repeat what they read EVEN WHEN IT'S WRONG.

What bothers me most is being censored so the lies perpetuate. Several times now this reply has been deleted from Yahoo news articles repeating the lies.

"Does anyone understand mathematics? Anyone at all? There are 350 MILLION people in America. Of those, over 75 MILLION are employable. That's 75,000,000. If there is 10% unemployment, that's 7,500,000 on Unemployment compensation. Lets say there are 6,000 workers on strike at Verizon. Using simple math, 6,000 of SEVEN-MILLION-FIVE-HUNDRED-THOUSAND, we find that Verizon workers make up LESS than .001% of those unemployed.

Please tell me how Verizon strikers managed to push up unemployment numbers. Seriously, you're being LIED to AGAIN."

Yes, fast with my own figures. There are only 318 million documented people, but also after some research, there were 138 million people with jobs the summer of 08. Almost twice as many as in my quote. In the first five months after the crash, almost NINE MILLION people lost their jobs. Employment is now bouncing around 128,000,000. Also there are 8,000 Verizon workers, but not all applied, not all are Union, and unemployed are much higher then the 7,500,000 in my example.

I'm bothered on so many levels about the fact Americans are no longer capable of simple math or unable to realize a million is a heck of a lot, a billion is far more, and a Trillion is unimaginable. We are so screwed.
Posted by Huck Finn at 9:58 AM 9 comments:

Hello everyone! Welcome back to Four for Fridays after a hectic week of working and errand chasing. Here are some random questions, my friends!

1) If you were given a ticket to see a Packers vs. Bears game at Lambeau, in the middle of December, would you go?

3) When was the last time you have been to an observatory or planetarium?

4) When was the last time you have been to the library?

Posted by drewzepmeister at 5:13 AM 12 comments: 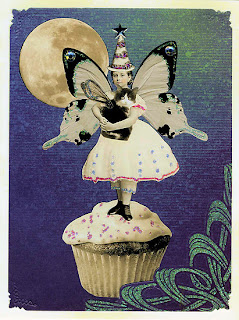 The time will come
when, with elation,
you will greet yourself arriving
at your own door, in your own mirror,
and each will smile at the other's welcome,

and say, sit here. Eat.
You will love again the stranger that was yourself.
Give wine. Give bread. Give back your heart
to itself, to the stranger who has loved you

all your life, whom you ignored
for another, who knows you by heart.
Take down the love letters from the bookshelf,

the photographs, the desperate notes,
peel your own image from the mirror.
Sit. Feast on your life.

Hello, my happy hostas! How are you? I know, I know, I keep extolling the virtues of our wonderful weather week after week, but it just doesn’t end. I must say that this has been the most pleasant August in my recent memory. We did have a cold and wet spring, and wretchedly hot July, so we deserve this. Soak it up, my dears. You never know when Mother Nature is going to get nasty again.

As the month wears on, the local events wind down. Below on the right is the usual screenshot from the Journal Times’ online article, “Your guide to summer fun in Racine County,” http://www.journaltimes.com/lifestyles/leisure/article_ff8c2baa-7672-11e0-88b9-001cc4c03286.html We still have Music on the Monument, and next week is a First Friday downtown. Huzzah!

We also have our glorious Superbowl Champion Green Bay Packers warming up for the regular season. Huzzah! Huzzah! Huzzah! I get my Packers information here: http://www.jsonline.com/sports/packers/ Watch out, Indianapolis Colts! Our Packers are going to ride you into the ground. Oh my.

To be blunt, there is nothing else in the news that I wish to talk about. Locally, on the state level, nationally, the world – everywhere it appears dismal. Perhaps we need to leave our world to escape its woes. Thank goodness that we have Mr. hale-bopp on board as our guide to the rest of the universe. I’ve been known to travel to some other-worldly realms, too, so we should have all of the bases covered. We gotta get out of this place:

How’s that for a segue? I loved those little Animal guys. And so much voice from such a small young man. Oh deer, I hope you enjoyed the animal side of me. (Get it?)

I enjoyed your visit today to read my blog. Thank you for stopping by. It is always my honor to host you. JT Irregulars! Huzzah! “Long live its fame and long live its glory / And long may its story be told.”

Please send your stories to: madamezoltar@jtirregulars.com.

Soak up the rays, my dear family, except for those of you who are allergic/sensitive to the sun. Don’t forget the sun block. Don’t forget a hat. An umbrella might be nice. Don’t forget to stay hydrated. Don’t forget to – aw, forget it, just stay home. Ha, ha. I’m joking. I love you all. Nympholepsy!
Posted by Anonymous at 2:00 AM 6 comments:

This one speaks for itself....

WITI-TV, RACINE—
"Community groups are questioning the Racine Police Department's diversity, saying the department isn't doing enough to recruit minorities.
"Groups like the NAACP are upset the department is conducting a national search for a new police chief instead of looking at qualified minorities internally.
"'It is easy to throw stones and try and hurt the organization when in fact you haven't done your homework and really looked at the problem in an objective way,' outgoing Racine Police Chief Kurt Wahlen tells FOX6 News.
"Chief Wahlen says he wants people selected based on their proven abilities and not necessarily on what they are.
"Earlier this month, a black officer filed a discrimination lawsuit against the City of Racine, saying the chief passed him up on a promotion based on his skin color. The city's affirmative action committee sent a letter to Chief Wahlen pointing out dismal diversity statistics in the Racine Police Department.
"The NAACP believes the department is not reflecting the diversity of the community."
Read more:
http://www.fox6now.com/news/witi-racine-police-diversity-20110821,0,225446.story
I don't know enough about this to take sides. The 75% failure rate that Wahlen refers to is depressing. Are those high school graduates? How difficult is the written test? Sometimes minorities claim that such tests are culturally biased.

The Beatles - "You Know My Name"

I am re-posting this simply as a music video. Mary liked it but didn't get to see the whole thing.

From the video description:


"The longest version of 'You Know My Name' I found, coupled with more or less rare footage from the Beatles. Recorded while 'Sgt. Pepper', released in 1970. After McCartney, Evans and Lennon added some extra vocals in 1969, Lennon planed to release (with '...Mary Jane') it as a Plastic Ono single (heavily edited by himself), but the other Beatles prevented it. Even on Anthology there are some parts of the song missing."
http://www.youtube.com/watch?v=9DkaRUtp3w8
Posted by OrbsCorbs at 7:11 PM 4 comments:

Another dead child
in the news and again I
think rise up out
of the water, water lilies
pouring over my shoulders
like fire, and
even if the man is dead
now, a suicide, hanging
himself in fact,
the part of me rising
from under water wants to
kill him, truly, for
what was in his eyes
when his eyes snagged
mine to push them back
under. Me a boy,
in the water,
him a drunk on a
pier — watching me
drown, my eyes begging
him, his loving this better
than sex if the eyes
were to be believed.
My father ran down
from the bunkhouse,
how did he know? and
snagged me with
a boat oar, my miraculous
father,
who did not swear,
called that son
of a bitch a son of a bitch
and rummy.
The guy was gangly,
loose in the knees and
elbows, a great tap dancer at
parties. There he was
on the pier,
loose as tap dancer,
not even splashing his highball.
“Hey, the kid can
swim, the kid’s just
foolin’ around, what’s
the big deal?” Nowadays
I see
the school picture of another
one in the paper and I say,
“I know
what the eyes
were, I know what the last
eyes you ever saw
said to you.” And
now, old and foolish, I go on
wishing for them all
that some miracle father
like mine had come
down from the bunkhouse
for every one of them. 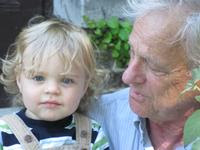 I know of Jim Hazard through my late friend, James Liddy. They were both English professors at UW - Milwaukee. According to the Foot of the Lake Poetry Collective, "Jim Hazard was raised in Whiting, Indiana, for which he is grateful to any god anyone can dream up. In Lake County, Indiana, he worked in #3 Open Hearth of Inland Steel Company as a common laborer, also was a hod carrier, a mailman in a research laboratory, a runner for a bookie, and a trumpet player. He graduated from Northwestern University and then University of Connecticut. He published several books and chapbooks of poems between l961 and l985 and then took a leave of absence from writing poems. From 1985 until just recently (when he began writing poems again) he wrote (and still writes) non-fiction, mostly for Milwaukee Magazine, but also for Jazz Times, The Milwaukee Journal, The Onion, and others. He also published fiction in Evergreen Review, Exquisite Corpse, Richmond Review (U.K.), and others. He is a retired school teacher and currently plays second cornet with the Milwaukee Golden Eagle Concert Band."
http://lakepoets.com/?page_id=563
Posted by OrbsCorbs at 6:22 PM 2 comments:

A man wakes up in hospital after a harrowing operation.
The surgeon is standing beside him in the bed. He
looks up at the surgeon - full of dread. Our man says
timidly "Well, how did the operation go?". To which
the surgeon replies "Well, I've got some good news and
some bad news".
"What's the good news?"
"We managed to save your testicles"
Our man breathes a big sigh of relief.
"What's the bad news?"
"They're under your pillow".