The Agony of Aging

On the morning that Daylight Savings Time ended I stopped in to visit my aging friend.


He was busy covering his penis with black shoe polish.

Ok boys and girls,
our upcoming get-together is just a week away,
next Saturday.
I've heard from a couple, now time to hear from the rest
if you can make it or not.
Cyg, Andy, Fungi, and the rest of the gang,
please RSVP here so we have a rough head count.
If for any reason you didn't receive the info email,
please let me know, and I will re-send it.
Thanks bunches!
Love, Lizardmom

Hello everyone! Welcome back to another week of Four for Fridays! It's been one of those weeks that go by and experience the same old. Then again, there has been some interesting spots... Anyways, some questions for you...

1) What historical culture fascinates you?

3) What was the last thing that you had lost and then later found?

4) What is the best adaptation of a book to a movie?

Enjoy your weekend!
Posted by drewzepmeister at 5:15 AM 9 comments: 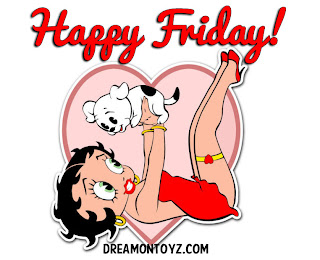 Yeah, not really  most of you know of my love of fart humor, well this one got to me and I immediately thought of my friends over at JTI strangely enough.. enjoy =)

"As a former employee of the City of Racine with 18 years of experience, I feel I have to address the way the snowplowing operation is being done — grade C at best.

"I worked under Buzz Meteyard, then Joe Golden. If you didn’t get the street clear curb to curb, you went back out and did it again. If you plowed too fast and pushed snow over the panel onto the sidewalk, you went out and shoveled. I live in West Racine on Illinois Street and the snow is 3 feet away from the curb. They plow so fast, they put snow over the panel, over the sidewalk and onto my front yard. You have to start from the first snow — curb to curb.

"I have plowed in every type of snow that can happen here. I also know the city has a younger crew now that a lot of the older guys are retiring, but that’s no excuse. Curb to curb means just that.

"They should take pride in the job they’re doing for the public. If Bill Folstrom, general foreman, can’t get his supervisors to get their men to do the job right, maybe he should step down. I’m speaking from experience — you’re not getting the job done."

Hello, my snowshoe hares!  How are you?  What’s on your mind?  I predict that it’s snow, snow, and snow.  Snow gone wild!  Sno-B-Gon.  Snow White.  Snow, snow, and snow and wind.  In March.  I thought we had an understanding that December, January and February are the months for snow.  March, April, and May are for rain.  So say it ain’t snow.

Unfortunately, denial never goes good.  It’s snow alright, and now it’s beginning to pile up on streets and in yards.  That’s great for snow forts, but not so much for traffic.  Please, please, and please be careful out there whether you’re on foot or in a vehicle.  Assume that all the other vehicles are driven by homicidal maniacs.  They probably are.  Oh my.

St. Patrick’s Day is only a week and a half away, and that can be a very good time.  Just remember not to overdo it, especially the green beer.  If you drink too much, you’re not being “Irish,” you’re just being an ass.

With all the talk that local politicians have spewed about the need for new businesses in Racine, I am befuddled by what occurred last Wednesday: “Buffalo Wild Wings stymied by no quorum at City meeting,”  http://journaltimes.com/news/local/govt-and-politics/buffalo-wild-wings-stymied-by-no-quorum-at-city-meeting/article_32bea4ee-8152-11e2-a72a-001a4bcf887a.html    Only one member of the Racine Plan Commission showed up for a meeting with representatives and employees of Buffalo Wild Wings to discuss Wild Wings’ desire to level the old Lone Star Steakhouse and put in one of their restaurants.  We are begging for jobs, but our representatives are too busy to attend a meeting for what appears to be a sure thing.  My blood boils at the infinite arrogance of our local “leaders.”  Fie, I say, fie upon you!  We know that you don’t give a damn about us, but you could at least make it look like you’re trying to do some good.  To insult prospective business owners and then to decry the lack of local business seems a little perverse, Mr. Mayor Dickert.  Naughty, naughty, Mr. Mayor, pants on fire.

Thank you for stopping by my blog today.  I hope that you found something to like.  Or someone.  Peruse, my pilgrims.

Who ordered all this snow? Find out: madamezoltar@jtirregulars.com.

Watch out, my dears, for the slipping and the sliding that is underway outside.  If you fall into a snow bank, they might not find you until the spring thaw.  Take great care in driving.  Watch out for people crossing streets and/or walking on them.  Take it slow, take it easy.  Knissomancy!
Posted by Anonymous at 2:00 AM 4 comments:

Snow Fall Ahead of Schedule 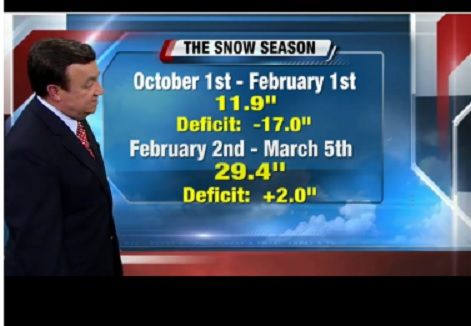 FIVE RULES TO REMEMBER IN LIFE


1. Money cannot buy happiness, but it's more comfortable to cry in a Corvette than on a bicycle.

2. Forgive your enemy, but remember the ass-hole's name.

3. Many people are alive only because it's illegal to shoot them.

4. Alcohol does not solve any problems, but then neither does milk.

5. Condoms don't guarantee safe sex. A friend of mine was wearing one, when he was shot by the woman's husband
Posted by SER at 11:29 PM 2 comments:

My eyes are tearing from laughter.
Posted by OrbsCorbs at 9:12 PM 3 comments: 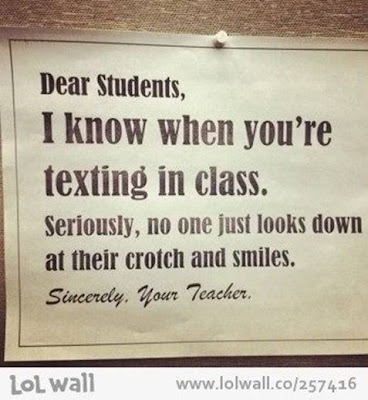 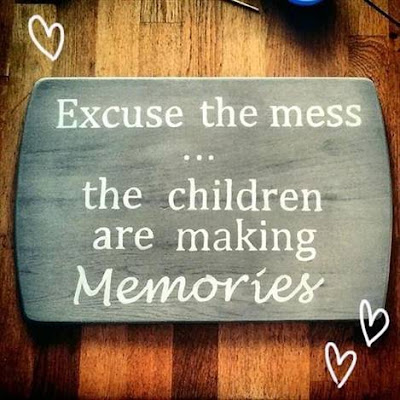 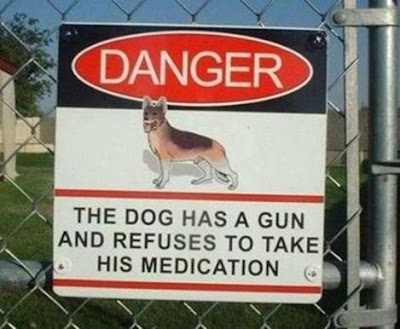 I hope your week mooves along well.
Posted by The Sheriff at 12:00 AM 14 comments: 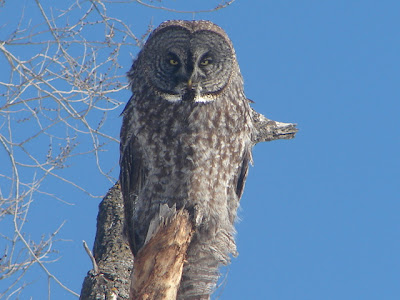 OK, call us a little crazy, but we did it again..... Tender Heart and I took a three hour trip all the way to Mauston (That's about where Toad lives) to see another owl. This time, a Great Gray Owl. A lifer for me!

The largest of all of the North American owls, this Phantom of the North is about 33 inches long with a wingspan that could exceed 60 inches. That is a big bird! But really, it is just a ball of feathers. They weigh less than their counterparts, the Great Horned and the Snowy Owls. Easily identified by its round head, large gray facial discs and the white bow tie on its chin. It's underparts are light with dark streaks while its wings and back are gray with pale bars.

The Great Grey Owl is extremely rare in Wisconsin. In fact, there is only ONE confirmed Great Gray in the state! And that's the one near Mauston. They usually stay and breed in the timber forests of Canada and Alaska, with a few in northern Minnesota.

Great Grays feed exclusively on small rodents, utilizing their huge parabolic facial discs to pick up sound in locating their prey. These birds will wait, listen and then swoop down on their quarry, sometimes plunging into the snow. Funny as it may sound, these seemingly powerful birds don't have the strength to take down a duck or a cat. They are basically nocturnal, but they will sometimes hunt during the day.

These pictures were taken on 3/2/2013 on 21st Ave near Mauston, WI. When Tender Heart and I arrived on the site there were about 30 cars parked along side of the road and about 40 people surrounding a tree along the road, therefore we had no problems in tracking the bird. My hands started to shake and my heart pounded as my eyes laid upon this gorgeous bird! I took a few snaps from the roadside and chatted with a few familiar faces in the crowd. It seemed like to be a fun day! 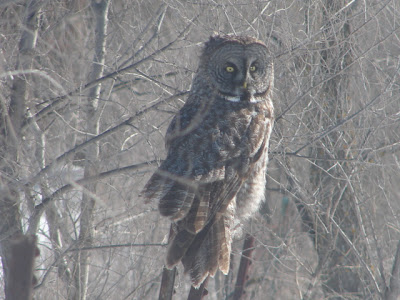 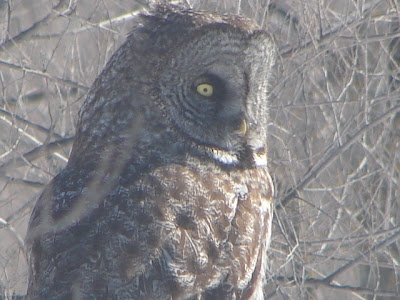 Then the controversy began.....Great Gray Owls by nature are inquisitive and tame. They are very tolerant towards humans and show little fear. This created several issues.... As more and more people poured in to see the see the owl, it become more and more like a circus! There were a couple of guys from Illinois that had big and expensive cameras that were baiting the owl with mice and sticks (which is legal by law) for their extreme close up shots! Personally, I think this is unethical and harassment for the owl. This puts the bird in danger of being hit by a car or worse, a humans' bad intentions! The shots I took were no closer than its comfort zone which I believe, was about 50 feet, using my dinky camera. Which, I got good enough pictures. From the reports I have read, the Mauston police and the sheriff could not do anything. A warden did have a talk with these guys, but I'm not sure that helped much.... Below is a video taken of the same owl being harnessed by one of the alleged "photographers" a couple of days prior to Tender Heart and mine's arrival to the site.

I do not condone nor support the baiting, the harassment of wildlife, nor knowingly trespassing on private property (without permission) to take pictures. So, let's be legal about this and enjoy wildlife in their natural state. It's better this way.....
Posted by drewzepmeister at 8:57 PM 7 comments: 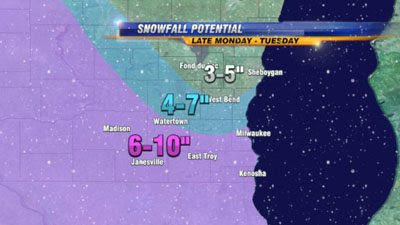 Prepare yourselves. Here we go again.

"Maggie Simpson in 'The Longest Daycare' | The Simpsons | ANIMATION on FOX"