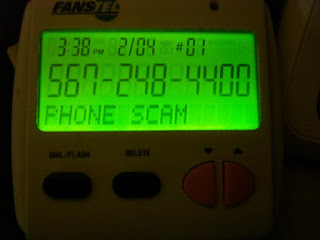 I blinked. Laugh out loud!

I heartily applaud this new trend in telemarketing. Thank you so much. My prayer is that it spreads to all of marketing, everywhere. Can you imagine honest advertising? It boggles the mind.
Posted by OrbsCorbs at 9:21 PM 6 comments:

I love the inane. Green Acres is still one of my favorite television shows because it was so ridiculously absurd.
Posted by OrbsCorbs at 9:30 PM 3 comments:

Hello everyone! Welcome back to Four for Fridays after what's seems like a short week. Slowing down at work... Here are some questions for you...

1) What is your favorite beverage?

2) Any plans for Super Bowl Sunday?

3) Who would win the game, the New York Giants or the New England Patriots?

4) Which ground hog do you 'believe" in, Punxsutawney Phil or Milwaukee's Wynter the Groundhog?

Enjoy your weekend!
Posted by drewzepmeister at 5:00 AM 19 comments: 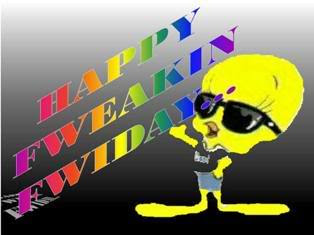 Both Tweety and Sylvester have speech impediments. What's up with that?
Posted by The Sheriff at 12:00 AM 11 comments:

"Beginning of the Rollerblade"

Nothing is new. Those looked a little awkward until that guy at the end was showing off.
Posted by OrbsCorbs at 11:10 PM 4 comments:

I don't know anything about it - I saw a link posted in a comment on the Journal Times site. I know Nieskes is dirty, though. Hell, anyone who ever had any doings with the DA turned judge knows that. He is proud of his corruption.

Good luck to this site. We need more citizens to step forward and speak about the corruption that takes place daily in Racine. A few dozen more lawsuits and we may yet clean up this pigsty.
Posted by OrbsCorbs at 1:44 PM 5 comments:

If you didn't have to eat, would you?

I know this is impossible, but what if someone magically produced a pill that met all of your nutritional and fluid intake needs for 24 hours? You could take a pill and your body would act normally, except that you wouldn't get hungry or thirsty for a day. You could eat or drink in addition to the pill, but then you'd run the risk of gaining weight. There would be no side effects from the pill and it would meet all of your physical needs perfectly.

You could take a pill one day and eat regularly the next, or mix in any combination, without physical harm.

Would you take the pill or would you prefer to taste and eat your meals? Even if you have to make them? Or would you mix it up with pills some days and meals on others?

Email ThisBlogThis!Share to TwitterShare to FacebookShare to Pinterest
Labels: polls

February 1st, 2003 was just another Saturday morning. I knew Columbia was due to land in Florida, but landings were so routine I wasn't even worried about tuning in for it (and let's be honest, they aren't as exciting to watch as a launch!)

I was listening to NPR as usual. It was during one of the local news breaks that I first hear that Columbia broke up on reentry. Very odd, NPR was still running its usual programming and hadn't broken in with special coverage so I turned on CNN. They were in full coverage mode.

It was pretty obvious right away there was a heat shield failure and quickly became apparent that it was damaged on takeoff. The heat shield is fragile (I have a shuttle tile, although the area that damaged had a different but still fragile material) but since weight is a concern, you have to use light weight materials.

That evening, I went out and drove by Horlick High. All the major networks had news truck in the sh0pping center parking lot across the street since Laurel Clark went to Horlick.

I remember running through the Laurel Clark fountain on hot summer runs. I also bought the Columbia Christmas ornament at Zoo Lights.

The Columbia accident is ultimately what led Bush to (correctly) decide it was time to retire the shuttle fleet. Shuttles didn't fly again until procedures were in place to reduce the risk of a similar accident in the future including new techniques to mitigate debris strikes on the orbiter and inspections in orbit to look for damage and developed techniques to repair the heat shield while in orbit (I believe it was only once that they saw enough damage they decided to go out and make a repair).

Reprinted with permission from the Half-Astrophysicst Blog.
Posted by hale-bopp at 10:36 AM 6 comments:

Hello, my dreamy confections! How are you? The first day of February and we’re going to see 50 degrees again? What happened to winter this year? Is it going to come in like gangbusters late in the season, or just sputter out with a few more cold spells this month? Mother Nature is not talking to me, of course, and I can’t find Old Man Winter anywhere. Obviously, when he’s not around, the temperature rises. Word on the psychic gossip hotlines is that Old Man W is having a fling with summer, and that’s what has him preoccupied. Of course, opposites attract, but in the long run, they’re totally incompatible and I expect that our weather will return to normal sooner rather than later.

In perusing the news yesterday, I came across this disturbing item: “Pythons Wiping Out Everglades Mammals, Report Says” http://www.cbc.ca/news/technology/story/2012/01/31/sci-pythons-everglades.html Oh my. I immediately thought of our Ms. Beejay. I know she’s battled a few snakes in Florida, but I don’t know if she is ready to take on 16 ft. long Burmese pythons. Apparently, these pythons are the descendents of pets that either escaped or were let loose into the Everglades. They have devoured nearly all other species into extinction. It’s quite a mess and I don’t know what they are going to do about it. Once man has upset the natural balance of things, it’s difficult, if not impossible, to restore it. The pythons have no natural enemies in the Everglades. If you introduce a natural predator, then you need to think of what is going to control that animal. Whatever happens, please stay away from the Everglades, Ms. Beejay and Mr. BiggieD.

A little closer to home, I was reminded that a Kenosha judge is supposed to rule tomorrow on whether Mr. Mayor John Dickert was acting as mayor or not when he said the e-word on the radio during a mayoral candidates forum. My prediction is that the judge will rule that Mr. Mayor was not acting as mayor when he said the e-word. However, that won’t stop our Common Council from picking up Mr. Mayor’s legal tab, anyway. Thus spake Madame Zoltar!®

Thank you so much for stopping by to read my blog today. It’s always wonderful to share time with friends and family. My blog is your blog. I’m delighted to have you as a guest.

Keep your wardrobe for all four seasons out. That’s the only way to cope with weather so out of kilter. Stay warm, cool, dry, wet, or whatever you need to coexist peacefully with the elements. I love you all. Rorulent!
Posted by Anonymous at 2:00 AM 4 comments:

Welcome to February.
Posted by The Sheriff at 12:00 AM 16 comments:

"Peaceful protest to be held to save the street lights-February 7, 2012"


"Residents have come together and want to be heard. Residents in the Jerome Blvd. area have organized a peaceful protest on Tuesday February 7,2012 around City Hall starting at 4:00 p.m. and ending at 6:45 p.m. just prior to the start time of the Common Council meeting. They have also sent a letter to city hall requesting a common council special hearing (which by law they are entitled to).
"Residents have stated that they are contacting the TV stations in Milwaukee and other media outlets inviting them to this rally to show that this means a lot for residents for the safety of their neighborhoods.
"ALL RESIDENTS OF RACINE ARE ENCOURGAGED TO ATTEND AND SHOW THEIR SUPPORT!"
http://racineuncovered.org/2012/01/peaceful-protest-to-be-held-to-save-the-street-lights-february-72012/
Posted by OrbsCorbs at 8:24 PM No comments:

Featuring OK Go and a video they made for Sesame Street

Very good, but this only applies to pigments (paints and dyes) and is called subtractive color mixing. Mixing light, such as in live theater, is very different. The primary colors of light are red, green and blue. I think they need a sequel on additive color mixing!
Posted by hale-bopp at 12:45 PM 8 comments:

I am speechless, primarily because I am wincing so hard.
Posted by OrbsCorbs at 10:18 PM 10 comments: 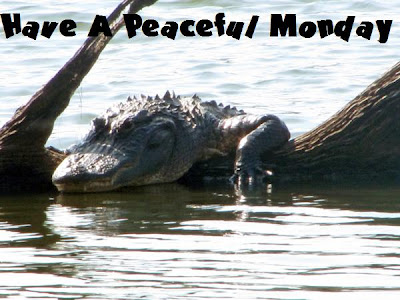 That looks relaxing.
Posted by The Sheriff at 12:00 AM 12 comments:


RacineUncovered.org has another story up about the streetlight situation in Racine: http://racineuncovered.org/2012/01/thoughts-from-the-common-council-president-greg-helding-street-lights/

That was sparked by an email from Common Council President Alderman Greg Helding to RacineUncovered.

It also includes a link to a WISN TV12 report on the streetlight issue in Racine: http://www.wisn.com/news/30308931/detail.html

My previous blog on the same subject: http://www.jtirregulars.com/2012/01/fox-6-news-bye-bye-street-lights.html 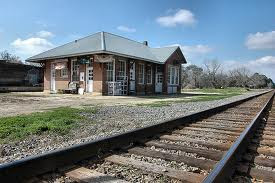