Charlie checks out the snow and does some grass 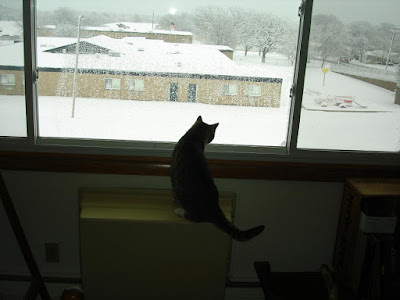 
"A homeless war veteran was moved to tears in Redlands, California, on November 15 when he met a good Samaritan at a local gas station. The homeless man approached Max and asked for change; that was when Max invited him into his car and offered to buy him food. Some good news has followed the emotional scene in this video: Max’s new friend secured a restaurant job! Max has also started a GoFundMe campaign to support other homeless veterans. Credit: YouTube/MrKhalidmax999"
Read more at http://www.liveleak.com/view?i=159_1447955684

Posted by OrbsCorbs at 6:14 PM No comments:

Hello and welcome back to Four for Fridays. I hope everyone is ready for that nasty white stuff that is coming our way tonight and through tomorrow. After having my surgery back in August I am ready to see how the knee holds up for the winter that is why I made sure it was done before winter came.

Just to let everyone know there will not be any Four for Fridays next week we will not be home. Here are this weeks questions.

1) What are your plans for Thanksgiving this year?

2) Are you ready for the nasty cold weather with the nasty white stuff coming?

3) Do you shop more on the computer or do you go to the stores?

4) When you go grocery shopping do you take coupons with you?

Have a great day and try to stay warm!
Posted by Tender Heart Bear at 6:33 AM 7 comments: 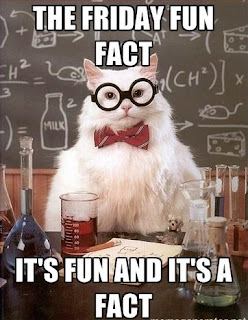 "A French Muslim speaks his mind after recent events"

Posted by OrbsCorbs at 6:55 PM No comments:

Stars Over The Moonlit Desert

Had to go out last night with some students so I setup a camera on a tripod and let it shoot pics for about an hour and a half in the Moonlit desert. Here is a still frame with a plane passing through. 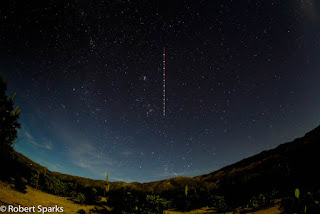 I also put all the pics together into a short timelapse. This represents about 90 minutes of pictures spliced together.


And this is about a 10 minute drive from where I live so I can get there quickly and easily.
Posted by hale-bopp at 5:30 PM 4 comments:


"A nice change of pace.

Posted by OrbsCorbs at 4:58 PM No comments:

Email ThisBlogThis!Share to TwitterShare to FacebookShare to Pinterest
Labels: LiveLeak, something positive, video 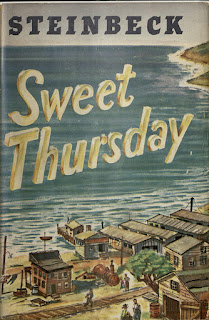 I love Anonymous.
Posted by OrbsCorbs at 7:28 PM 4 comments:

Part of my job is escorting film crews on Kitt Peak. Last summer, I spent a couple of days with a crew doing a series called Unsung. Unsung looks at people behind the scenes who may not get all the glory but are vital to making things run smoothly.

They profiled Mike Hawes, facilities manager at Kitt Peak. The video is done and posted online so I thought I would share it with you. I think they did a nice job capturing what it takes to keep the mountain running. They were lucky since the secondary mirror of the 2.1 meter telescope was being recoated which gave them lots of good footage to shoot.

Hello, my soaked and soggy friends!  How are you?  I don't know if it will still be raining when this posts, but the national weather map shows a huge system from Canada to Mexico that is making it's way across the US.  Right now, Wisconsin is covered with rain.  It's kind of unpleasant, but thank God it isn't what they have in Colorado: the s-word. I'm dreaming of a white Thanksgiving.  No, not really.  I'm dreading it.  Let's hope there won't be wintry conditions for holiday travelers.

What's happened to our glorious Green Bay Packers?  They've lost three in a row now.  This Sunday, November 22. they meet the hated Minnesota Vikings in Minnesota at 3:25 pm.  Then, on Thanksgiving, they meet arch rivals the Chicago Bears. It's going to be a rough couple of weeks for our Green and Gold warriors.  C'mon guys, quit fooling around.  Crush your opponents.

Here are the standings for the Irregular Football League: 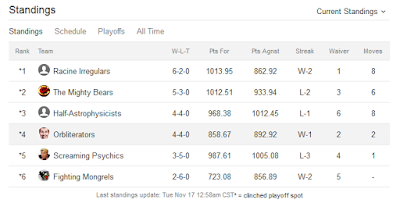 The Racine Irregulars are on top now, with The Mighty Bears and Half-Astrophysicists hot on their trail.  I don't even want to talk about my Screaming Psychics.  Oh my.

While generally I don't discuss at length political views here, I have to share this with you.  It's "old" news, but it's so wrong on so many levels that I feel compelled to say something. 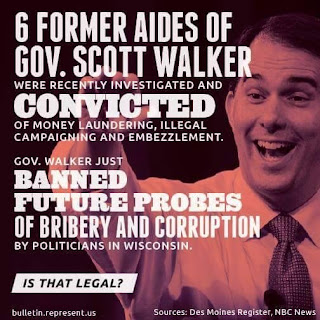 "Former presidential candidate Scott Walker and his friends in the Wisconsin state legislature have figured out a way to deal with bothersome, recurring investigations into political corruption.

"Rather than clean up their act, they have simply passed a law that makes it harder for prosecutors to launch such investigations.

"Walker, the Wisconsin governor who recently dropped out of the race for the GOP presidential nomination, has signed into state law a measure that restricts the use of so-called John Doe proceedings. These proceedings enable prosecutors to obtain search warrants and collect testimony as part of investigations that remain secret until charges are filed. Unlike secret grand jury proceedings, which are more costly, John Doe investigations are authorized by a judge, and it is a judge, rather than a jury, that hears the evidence.

"It’s telling that Walker and his cohorts aren't opposed to John Doe investigations aimed at violent criminals or drug dealers, which will still be permitted under the new law. All Walker & Co. did was prohibit John Doe investigations aimed at politicians and their appointees — i.e., themselves. They did this by barring any future probes into allegations of bribery, corruption and campaign-finance violations."

The audacity of Mr. Walker's actions is abominable.  Essentially, he and his staff have put themselves above the law.  Waaaaay above the law.  How is it that no one stands up to this bully?  It's sickening.  I hope our Mr. Mayor doesn't try this, but it's his speed.  Outlaw investigations into myself.  Why didn't I think of that?  Because I'm a caring human being, that's why.  I think that other people are my equals, not ATMs to plunder endlessly.


I've decided to place the dreaded Zoltar Curse™ on him.  This crap has GOT to stop.  When his wee-wee falls off, Mr. Governor may sing a different tune.

This Saturday, November 21, male strippers will appear at Memorial Hall for Racine's "Girls Night Out."  A memorial building built to honor those who fought and died for our freedoms is hardly the place for male strippers, but I've come to expect this sort of trash from the current city administration.  They have no sense of, or respect for, history.  Every time I see Mr. Mayor's face, I think of a used car salesman blaring his spiel on TV.  Slap another coat of paint on a car, put sawdust in the transmission and black pepper in the radiator. Then sell it, Johnny boy, for a huge commission.

But I love you and all the other readers of my blog.  Thank you for taking some time to read it.  I very much appreciate the audience. We are family.

How do stupid people advance in life?  Ask MadameZoltar@jtirregulars.com

I just looked.  They're predicting 3-5 inches of s-word for us on Friday.  I'm not ready for this.  I hope it doesn't happen.  Calgon, take me away.
Posted by Madame Zoltar at 2:00 AM 6 comments:

I think they call that calligraphy.
Posted by The Sheriff at 12:00 AM 3 comments:

You bit off my tail, so I'm biting off your nose. 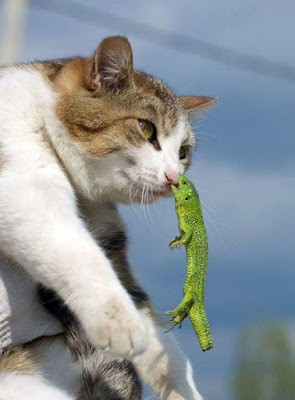 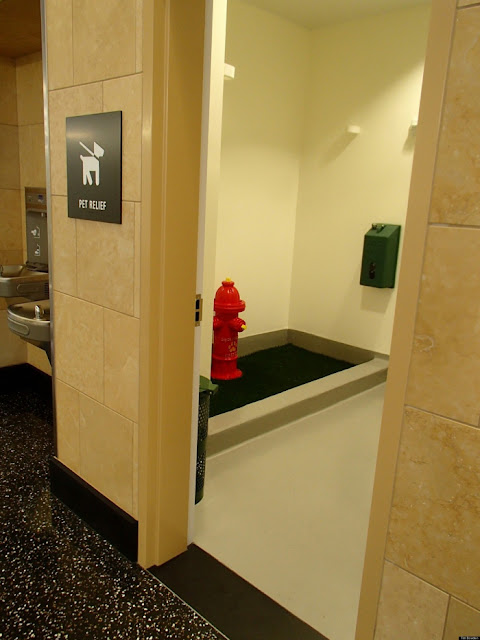 For our pampered pooches.
Posted by OrbsCorbs at 10:07 PM 1 comment: 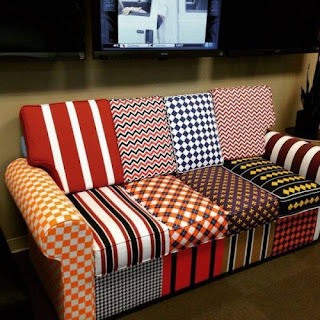 You could go blind looking at it.
Posted by OrbsCorbs at 9:58 PM 2 comments: 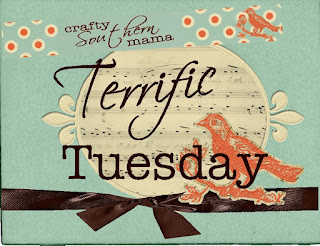 "COL@ARI: Fans are having a blast taking some selfies" 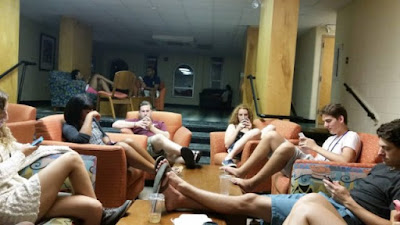 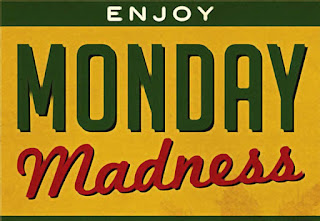 It's OK; you can enjoy madness on the other days, too.
Posted by The Sheriff at 12:00 AM 4 comments:

What the hell is the matter with people? 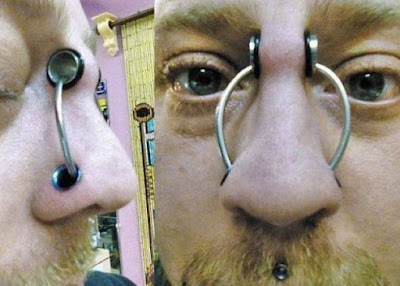 Next, a ring that pierces the brain through the ears.
Posted by OrbsCorbs at 7:59 PM No comments:

Email ThisBlogThis!Share to TwitterShare to FacebookShare to Pinterest
Labels: WTF