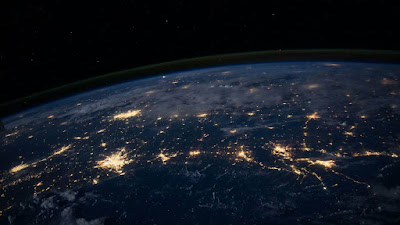 In what seems like the start of the movie Contact, researchers report that mysterious fast radio bursts (FRBs) from space have been detected once again and that they’re following a pattern. The cause of these signals is unknown — in fact that, they were only discovered a little over a decade ago and the repeating patterns weren’t picked up until 2016.
The new study involves fast radio bursts, which are essentially pulses that can last for only a fraction of a millisecond. The high-energy process that produces these FRBs remains unknown; the first burst was only discovered in 2007 and the detection of repeating patterns of FRBs wasn’t identified until nearly a decade later.
Many FRBs have been detected in the years since the discovery, many that seemed to be random, unpredictable signals. Earlier this year, however, it was concluded that one fast radio burst has been happening in a pattern, leading to speculation about the origin — the most fun and least scientific idea being that some distant alien civilization is responsible.
A new study has announced the discovery of a second repeating FRB that is likewise following a pattern. Unlike the first discovery, however, which involves a burst pattern of around every 16 days, the newly discovered FRB pattern results in a new burst cycle every 157 days, making it much harder to identify the pattern from the seemingly random bursts.
The source of these fast radio bursts is likely in orbit around some other celestial body based on the repeating pattern, but little else about these FRBs are known at this time. The detection of a new burst pattern will help unravel the mystery of these signals and where they originate from — something that probably won’t be as exciting as alien technology, but we can always hope.
From: https://www.slashgear.com/strange-radio-bursts-from-space-are-back-and-theyre-following-a-pattern-08624067/
Posted by OrbsCorbs at 8:47 AM

Email ThisBlogThis!Share to TwitterShare to FacebookShare to Pinterest
Labels: Space