They say that if you repeat the same lie enough times, you start to believe it.
And so it is with progressive Democrats and their continued refusal to acknowledge the true depth of the violence unleashed during the protests. Chicago experienced one of its deadliest weekends of violence in recent memory, but you would never guess by reading the coverage by the New York Times and Washington Post. 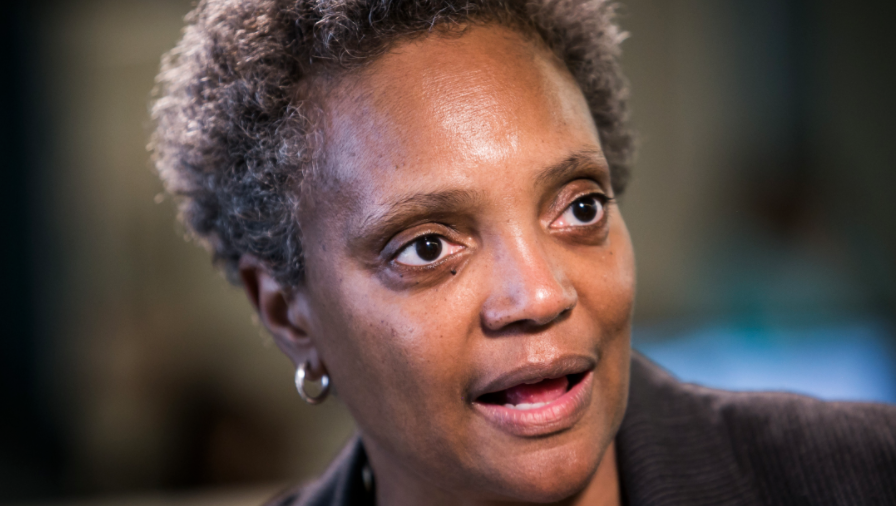 A particularly disturbing example of this phenomenon has just emerged out of Chicago, where a recording from a meeting between Mayor Lori Lightfoot and the City Council, where one of the mayor's chief critics, Raymond Lopez, a fellow  Democrat who was the first openly gay Mexican-American elected to public office in Illinois, accused her of not doing enough to quell the violence.


In the recording, which is included below, Lightfoot can be heard telling Lopez that she believed his eyewitness reports about "gangbangers with AK47s waiting to settle some scores" were "100% full of shit".

Leaked audio of Alderman and mayor exchange in Chicago...good luck to my friends in Chicago

1,119 people are talking about this

"Well f**k you then," Lopez spat back as the two launched into a rancorous back and forth.

ZEROHEDGE DIRECTLY TO YOUR INBOX
Receive a daily recap featuring a curated list of must-read stories.
See the full transcript of the leaked audio clip below, courtesy of the CBS affiliate in Chicago:

“When downtown is in lockdown, our neighborhoods are next, and our failure to fully get ready for what’s going on in the neighborhoods, we’re seeing this destruction, and we’re thinking that it’s going to somehow end tonight. We have seen where, in other cities, this has gone on for days; and we need to come up with a better plan for days, at least for the next five days, to try and stabilize our communities,” Lopez said.
The aldermen said parts of the Back of the Yards and Brighton Park neighborhoods in his ward had become “a virtual warzone."
"We can’t expect our police, and I don’t fault them at all, to be able to control this," he said. "Half our neighborhoods are already obliterated. It’s too late."
Lopez said he feared looters would eventually start targeting homes after ransacking businesses throughout the city.
“Once they’re done looting and rioting and whatever’s going to happen tonight, God help us, what happens when they start going after residents? Going into the neighborhoods? Once they start trying to break down people’s doors, if they think they’ve got something,” he said.
“We know that people are here to antagonize and incite, and you’ve got them all pumped tonight, today. They’re not going to go to bed at 8 o’clock. They’re going to turn their focus on the neighborhoods. I’ve got gang-bangers with AK-47s walking around right now, just waiting to settle some scores. What are we going to do, and what do we tell residents, other than good faith people stand up? It’s not going to be enough,” Lopez added.
When Lopez finished talking on the conference call, Lightfoot declined to respond, and tried to move on to another alderman, but Lopez demanded an answer.
“It’s not something you ignore. This is a question that I have,” Lopez said.
That’s when the call turned profane.
“I think you’re 100% full of s***, is what I think,” Lightfoot said.
Lopez was infuriated.
"F*** you, then. Who are you to tell me I’m full of s***?” he said. “Maybe you should come out and see what’s going on."
The mayor vehemently denied protecting downtown at the expense of the neighborhoods.
"If you think we’re not ready, and we stood by and let the neighborhoods go up, there’s nothing intelligent that I could say to you,” she said. “That is the stupidest thing I have ever heard. I understand you want to preen."
"Mayor, you need to check your f***ing attitude. That’s what you need to do," Lopez shot back.
At that point, several other aldermen interjected in an effort to calm nerves, with one alderman telling Lopez, "Ray, cut it out, please. Calm down, please."

It's obvious that Lopez, who harbors ambitions to replace Lightfoot in the mayor's chair in the not-too-distant future, leaked the clip. But as he told CBS in an interview, many small businesses in his ward won't be reopening, largely thanks to the violence.
From: https://www.zerohedge.com/political/youre-100-full-hit-fk-you-chicago-alderman-mayor-rage-over-looting-leaked-audio


WATCH: Latino Gangs Go to War With 'Looters' in Cicero Suburb of Chicago: