27 Years Ago, The Packers Said Goodbye to Milwaukee 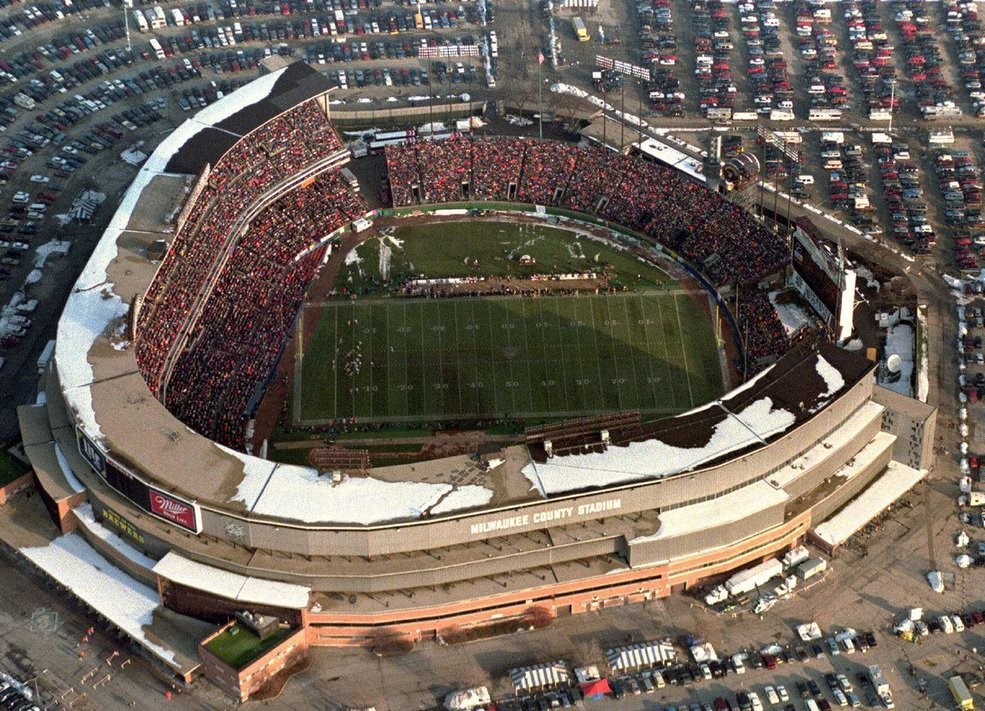 There was just under two minutes left in the game, when the Milwaukee County Stadium public address announcer finally acknowledged what everyone in the building already knew. “The Packers extend a sincere thanks to our Milwaukee fans for their loyalty and support over the last 62 years.”

The crowd of more than 54,000 booed. It was 27 years ago and the Packers had been playing home games in Milwaukee longer than all but five of the NFL’s franchises existed at the time. But it would be all over in a few minutes. An occasion marked without pomp or ceremony, without a roster of Packers legends taking to the County Stadium grass one last time or a series of pregame speeches. The halftime show that afternoon, which could have paid tribute to the 125 games the Packers had played there since 1953, instead featured a team of trained dogs catching Frisbees.

And the Packers were losing to the Atlanta Falcons, 17-14. The Falcons who had nothing left to play for in Week 16, already eliminated from the playoffs; the Falcons who possessed one of the worst defenses in the league; the Falcons who had lost Jeff George, their starting QB, to an injury early in the game. The Packers controlled their own destiny, with a pair of wins in the last two games clinching them a winning record, a playoff spot, and perhaps even a division title. But after jumping out in front early, the Packers lost their all-world receiver Sterling Sharpe to a neck injury. Sharpe laid motionless on the turf for several moments before leaving and, although he would play the next week, he’d miss the postseason and be forced to retire in the offseason. They held the lead going into the half, but the mood was decidedly subdued.

The Packers looked tired in the second half, only managing a missed field goal on offense and doing little to stop backup QB Bobby Herbert’s march downfield to give the Falcons the lead. As they took over with just one timeout remaining and less than two minutes to jump-start their suddenly moribund offense, the Packers finally offered their tip-of-the-cap to the Milwaukee faithful. It’s no wonder their response was less than gracious.

Posted by OrbsCorbs at 9:48 AM