Family members of Malcolm James and Ronquale Ditello-Scott Jr. said they are asking for thorough and transparent investigations after those men, who were both taken into custody on May 29, did not live to see their own days in court. How does this happen at the same time, at the same place? 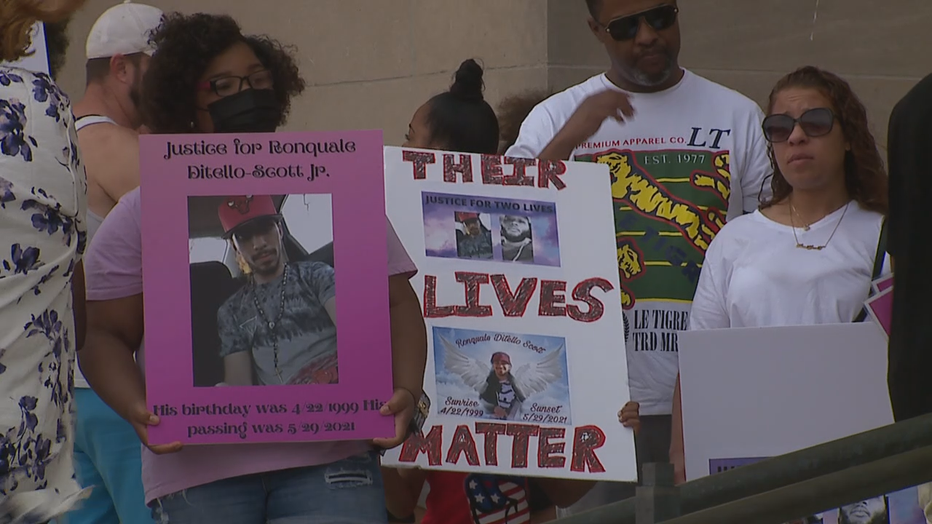 On the steps of the Racine County Courthouse, the loss of loved ones brought two families together.

"I am Malcolm I. James’ mother, and his life mattered to me," said Sherry James.

"I’m so terrified, y’all," said Ditello-Scott's cousin. "All I need is my cousin here."

Posted by OrbsCorbs at 6:34 AM