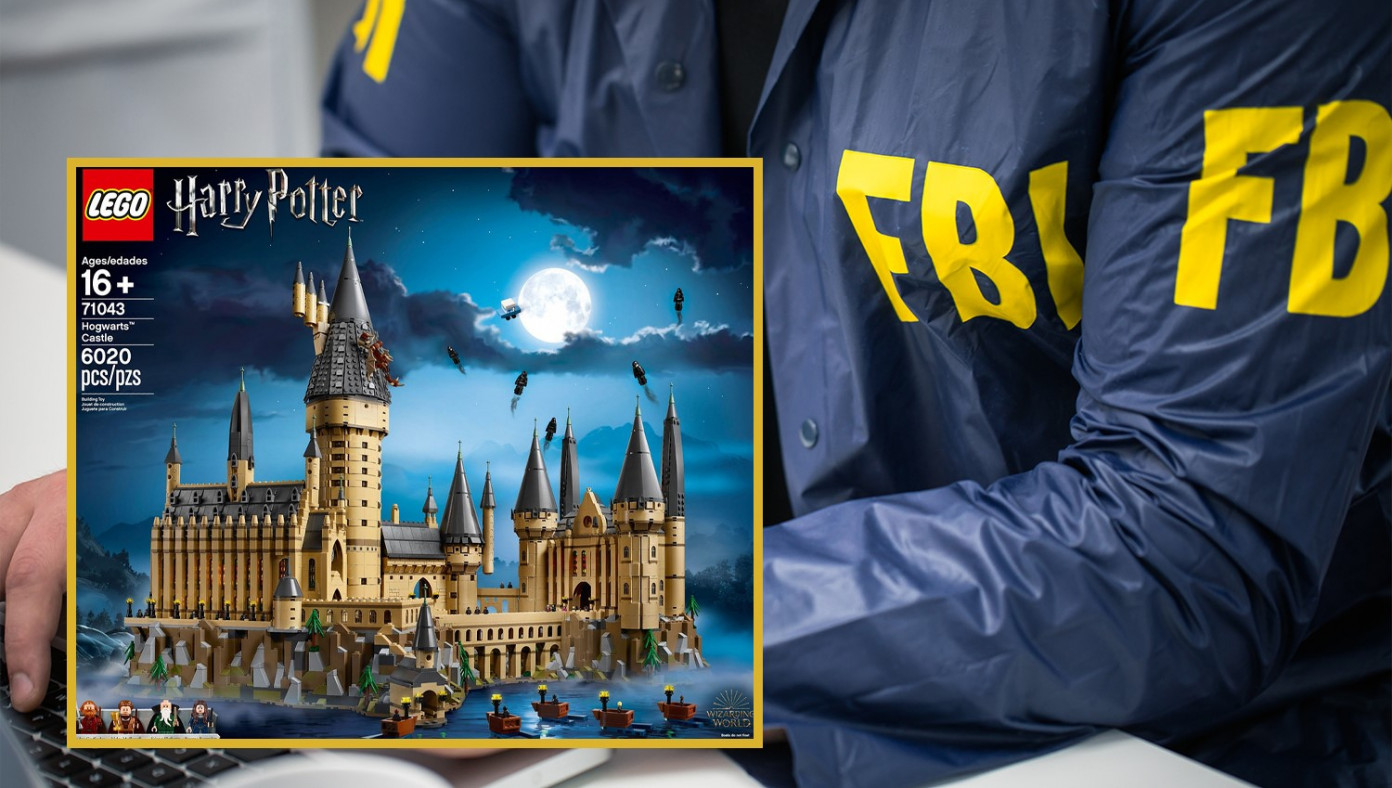 “The suspect had several completed LEGO Harry Potter building sets and was about 80% of the way through building the advanced-level LEGO Harry Potter Castle,” said FBI bureau chief Warren Alvarez. “We feel we caught him just in the nick of time before things turned violent once more.”

Alvarez said a review of Morss’ online social media accounts show him to be a staunch supporter of Lord Voldemort, believing that Albus Dumbledore was fraudulently elected as the leader of Hogwarts. Documents found on his computer show that Morss was planning a violent protest at the school on July 31, Harry Potter’s birthday.

“This is a huge win for law enforcement,” said Alvarez. “The FBI is proud of our work taking dangerous, LEGO-building criminals off the streets. Also, now I don’t have to buy my kid a birthday present, which is awesome.”

In related news, press secretary Jen Psaki said President Biden is renewing his calls for common-sense LEGO control, calling for universal background checks for all LEGO purchases as well as closing the toy show loophole. Psaki said. “We must work vigilantly to keep these dangerous LEGO weapons of war off our streets,” Psaki said.

Authored by Zachary Stieber via The Epoch Times,

An accused U.S. Capitol protester spoke with an undercover Washington police officer on Jan. 6 who later connected the man to an undercover FBI worker, according to a new court filing. 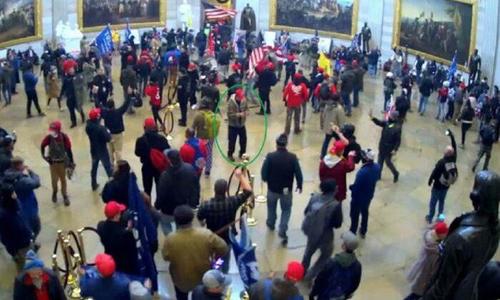 Fi Duong is facing charges for allegedly entering the Capitol during a joint session of Congress in January, for disrupting the session, and for impeding the session. He faces decades in prison.

In an affidavit accompanying the criminal complaint, FBI special agent Jason Jankovitz said that Duong and an associate introduced themselves to an undercover Metropolitan Police Department officer on the morning of Jan. 6. Duong allegedly described himself as an “operator” and asked if the officer was a “patriot,” to which the employee responded in the affirmative.

A week later, the undercover Washington officer linked Duong with an FBI undercover employee. The FBI worker learned that Duong belonged to an unnamed group comprised of “loosely affiliated” and “like-minded individuals,” that Duong is said to have compared to a known militia group located in northern Virginia.

Duong said, according to the court filing, that the mission was to “build resistances and what not, in terms of planning for what will inevitably come as a worst, right? Worst case scenario for any people that, freedom loving, liberty minded, pro 2A type of folks.”

Duong related that his family spent two generations “running from communists,” first in China and then in Vietnam, and his belief that at some point, “you just gotta make a stand.”

During the same meeting, Duong allegedly said he was in Washington on Jan. 6 and that he was dressed that day in all-black to try to look like a member of Antifa, a far-left, anarcho-communist network that has carried out violence in the United States.

Duong added the FBI undercover agent to an encrypted messaging platform chat room and on Jan. 18, the agent asked if he was “masked up in the Capitol.” Duong answered yes, and said he was aware that people were being arrested for being inside the Capitol. He later described himself as “documenting” what took place in the building.

The agent in February met with Duong and other members of the group for a Bible study and on other occasions participated in other meetings, including one on June 9. The group soon started to surveil the Capitol, according to the undercover worker. At one point, the FBI agent and Duong met with another undercover FBI agent at the site of a former jail, where Duong allegedly wanted to test Molotov cocktails he’d constructed.

Duong was arrested on July 2, according to court records. He was ordered released later that day.

More than 535 defendants have been charged in the six months following the Capitol breach, officials said this week. 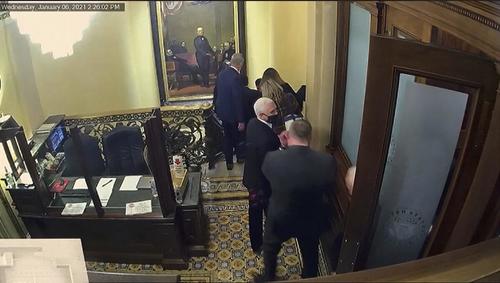 In this image from video, a security video shows Vice President Mike Pence being evacuated as rioters breach the Capitol, as House impeachment manager Del. Stacey Plaskett (D-Virgin Islands) speaks during the second impeachment trial of former President Donald Trump in the Senate at the U.S. Capitol in Washington on Feb. 10, 2021. (Senate Television via AP)

In another case linked to the breach, the FBI said it seized a Lego set from an accused rioter.

While arresting Robert Morss on June 11, law enforcement recovered a “Don’t Tread on Me” flag, a black tourniquet, and a notebook with writings that included “Step by Step to Create Hometown Militia,” according to a memorandum that asks a judge to keep Morss in jail until a trial.

[ZH: The same Lego set that anyone over 12 is legally able to buy and build] 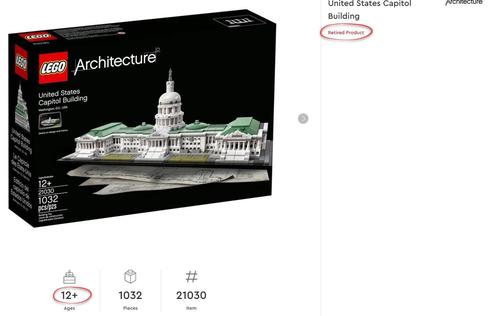 Morss is in custody on charges including civil disorder and violent entry of a building on Capitol grounds.

Authorities allege Morss stormed the Capitol while wearing tan camouflage clothing with a tactical-style vest. They say he was part of a group of rioters who pushed past police guarding the Capitol, that he later violently attacked officers inside a tunnel leading to the building, and ultimately gained entrance to the building through a broken window.

“In this case, the Defendant was part of a violent mob that engaged in one of the most intense and prolonged clashes between the rioters attempting to overrun Capitol on January 6 and the law enforcement officers charged with protecting it,” prosecutors said.

If Morss is released, they added, he poses a danger to the community and a flight risk.

A public defender representing Morss did not return a request for comment. The attorney asked, and was granted, more time to compile a defense for the man, according to the court docket. A bail hearing is set for July 13.

From:
https://www.zerohedge.com/political/fbi-confiscates-lego-capitol-set-agents-confirmed-among-jan-6th-rioters
Posted by Clint Teeters at 6:41 AM