Why all Government Employees must get Vaxxed!

It is obvious - it is an engineered virus for population control.
From Vox Popoli:

Karl Denninger observes that there is now sufficient evidence to confirm that the Covid vaccines are not inhibiting transmission at all:

There are 67 Democrats in the TX Delegation.  I presume not all of them flew to DC; the news says "more than 50", which is enough to deny the quorum and was the point of the exercise.

There are now six confirmed Covid infections among them, and all are fully vaccinated.  That's a failure rate of roughly 10% for symptomatic infections, and not just preventing infection either -- they transmitted it to each other as the infections were serial; not all got it on the same day.

Since the CDC says somewhere between 6 and 24 (best guess 11) people are entirely asymptomatic and untested for each tested, symptomatic infection this means that more than half of the delegation in fact has the virus and is presumably, under the CDC's claim of "asymptomatic transmission" spreading it to others.

Is ten percent failure rare?  How about more than fifty percent?

That sounds rather more like "worthless" to me.  What say you?

In addition a White House official also has tested positive after coming into contact with the delegation.  Said person is also fully vaccinated and is symptomatic.  They, since they are symptomatic, are presumptively contagious despite being "fully vaccinated."

How many White House officials were there?  One?  Boy, that's a pretty good breakthrough case percentage isn't it?

Never mind the 10%+ symptomatic failure rate, which strongly implies at least half the delegation actually got infected, among the delegation itself.

May I remind you that 80%, according to a study first published last summer, of the population has pre-existing resistance and thus would likely either by asymptomatic or only mildly so even if not vaccinated.

Have we improved anything at all other than, perhaps, individual outcomes with these shots?

The data says, within the confidence interval, no.

In other words there is no public health benefit to the jabs.  These fully vaccinated people not only got the virus they gave it to others.  That, my friends, is what everyone claimed wouldn't happen -- if you got jabbed you protected other people.

Congratulations. If you were dumb enough to get vaxxed, you risked your health and fertility for absolutely nothing. You didn't protect yourself and you certainly didn't protect anyone else.

And now there are reports that more than 45,000 Americans died within three days of getting vaccinated. This is not confirmed yet, but the court case has been filed, and we already know more than 11,000 Covid vaccine deaths have been recorded in the VAERS system.

I have little sympathy for anyone who is harmed by this monstrosity, except for the poor children whose idiot parents made them take it. What part of "the media always lies" is hard to understand? What part of "don't ever take any experimental drug for which the manufacturer is given immunity from legal liability" is difficult to grasp? What part of "the mainstream Narrative is false" did not register?

No wonder the Biden "administration" is seeking to start World War III by going to war with both China and Russia. That's about the only distraction that would actually distract the American public from the nightmare to which they have been subjected.

From: http://voxday.blogspot.com/2021/07/the-vaccine-will-not-protect-others.html
Posted by Clint Teeters at 5:27 AM 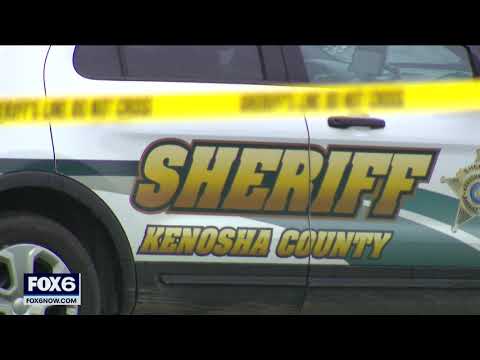